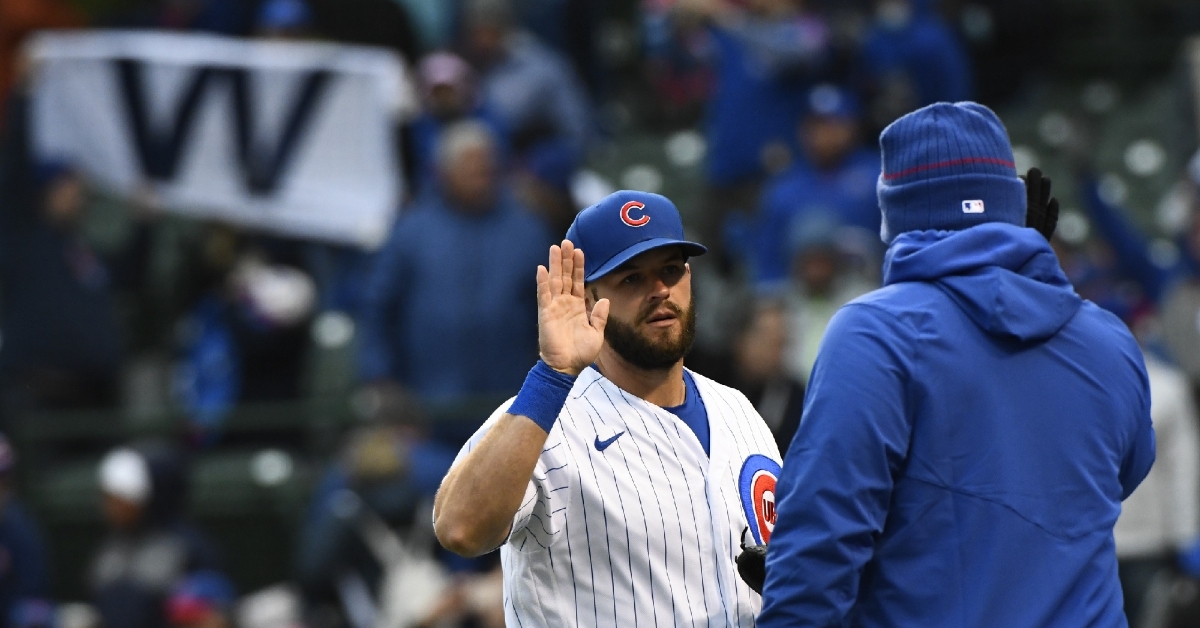 CHICAGO – With the wind blowing in on a surprisingly chilly afternoon at Wrigley Field, a line drive home run was all that it took for the Chicago Cubs (28-22) to win the opener of a three-game series versus the Cincinnati Reds (22-27). Winning their fifth straight contest, the Cubs scored the only run of Friday's 1-0 tilt via a David Bote round-tripper. Adbert Alzolay pitched 5 2/3 scoreless innings, and the North Siders' bullpen took care of business the rest of the way.

The Reds were 0-for-7 with runners in scoring position and left 10 men stranded on base. They put two runners on base in each of the first three innings but left all of them stranded. Former Cub Nicholas Castellanos singled in the first and reached third on a two-out double by Tyler Stephenson. Alzolay escaped the jam and made it out of another tight spot when the Reds placed runners on the corners with one out in the second. A two-out automatic double hit by Tucker Barnhart in the third advanced Stephenson to third, but Alzolay was able to keep the Reds scoreless.

Alzolay beaned Jonathan India in the fourth, and India moved to second on a sacrifice bunt before an inning-ending flyout. Javy Baez reached on a single in the fourth and then stole second using his trademark swim move. Initially called out on a late tag by Kyle Farmer, Baez was granted the steal as a result of a successful Cubs challenge. Ian Happ then walked, but two straight strikeouts left both runners stranded. Vladimir Gutierrez pitched well in his MLB debut, but the Reds starter suffered the loss by giving up the lined shot to Bote, which led off the bottom of the fifth. The hard-hit liner landed in the basket atop the left field wall.

Too cold for a swim?

Max Schrock doubled with two outs in the top of the sixth, and Alzolay was removed after walking India in the next plate appearance. Andrew Chafin entered to pitch and notched an inning-ending strikeout. The Cubs were on the wrong end of a "strike 'em out, throw 'em out" double play in the sixth. Barnhart gunned down Kris Bryant, who was attempting to steal second, right after Heath Hembree struck out Baez. A pair of Reds singles in the seventh gave way to an inning-ending 4-3 double play, with Chafin drawing a groundout off the bat of Stephenson. Pitching on his 33rd birthday, Craig Kimbrel closed out the game in the ninth, finishing off the Cubs' 1-0 shutout victory.