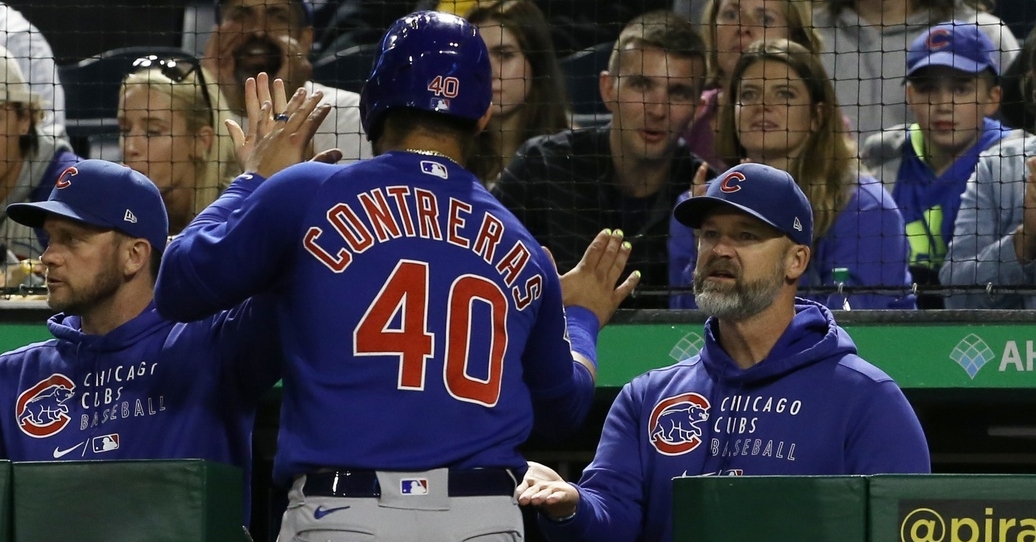 PITTSBURGH – 159 games down, and three to go. That is the mindset for Chicago Cubs (69-90) fans, as the 2021 season has been everything but a ton of winning. One positive to take away was a 14-5 season performance against the Pittsburgh Pirates (59-100) as the Cubs had their number from the first series of the season.

Despite that record, the Pirates deserve a ton of credit as they played the Cubs extremely tough all season only to come up short on most occasions. That was once again the case Wednesday night, but not on Thursday as the Cubs played one of their better games in quite some time in delivering a complete-game effort on the field. The result was a 9-0 shutout win for the team's first shutout since September 1.

On Thursday, the Cubs needed just one pitch to take the lead for good as Rafael Ortega became just the third player in PNC Park history to homer on the game's opening pitch, putting the Cubs up 1-0. That was more than enough for Justin Steele, who was lights out. Since joining the Cubs rotation, Steele has had mixed results, but he can now head into the offseason with a clear mind and abode of confidence. Not only did Steele go a career-high seven innings, but he did so, allowing four hits to go with seven punchouts. All that was done in under 80 pitches as he was magnificent on the mound.

Miguel Yajure made his major league debut on the other side of things, and it couldn't have gone much worse. Not only did he allow a solo homer to Ortega in the first, but Sergio Alcantara took him deep for his fifth homer in the second as the Cubs extended their lead to 3-0.

The offense was just getting started as Yajure was charged with seven earned runs in his two innings of work, and six of those came across to score in the second.

Following the Alcantara homer, Frank Schwindel picked up an RBI groundout to score Steele, who also had a hit in the game before Ortega used his legs to steal home and push the Cubs in front 5-0.

The @Cubs steal a run! pic.twitter.com/z8KvrBOV7X

A Willson Contreras double and Matt Duffy single capped off the scoring in that inning as the Cubs were comfortably in front 7-0.

Not only was Steele dealing, facing just one over the minimum through three innings, but it was the first time all season that he was in complete command as a starter. Steele added 11 groundball outs to his line to go along with his seven strikeouts as the Pirates did next to nothing off him offensively. The fourth inning was Pittsburgh's best chance to score, with Bryan Reynolds picking up a one-out single ahead of a walk only to come away empty-handed in the end.

The Cubs kept the pressure on Pittsburgh in the fifth as their offense wasn't ready to pack it in. Contreras has seen the ball well since returning from the IL and added a soft single to lead off the fifth. With one down, Nick Martini continued his great series picking up a single to right putting a pair of runners on base.

David Bote and Alcantara kept the line moving as they connected for a pair of RBI singles to extend the Cubs lead to 9-0 at that point. A Steele double play ended the inning right there, but the Cubs still cashed in with another good showing after leaving 14 men on base the night before. That would all the Cubs offense for the night, but it didn't matter as Steele allowed just one hit the rest of the night, but faced the minimum with a double play ending his outing after seven very impressive innings of work.

One thing that fans have become very appreciative of since the trade deadline has been the number of different players who have contributed on this roster. While Patrick Wisdom and Schwindel have stolen most of the attention, guys like Ian Happ and Ortega deserve a ton of credit too. Thursday was time for Alcantara to show up in a big way collecting three RBIs to go with three hits in a very productive day at the dish.

His third and final hit came in the eighth inning as he led things off with a single. After Trent Giambrone made his MLB debut on Wednesday, newly added Erick Castillo made his MLB debut on Thursday, taking the place of Austin Romine, who landed on the COVID IL. Castillo failed to collect a hit grounding out to the pitcher, but it is nice seeing these journeymen minor league players finally getting their opportunities on the big stage.

Following Steele's seven impressive innings, David Ross stuck with a southpaw and called on Rex Brothers to pitch the eighth. Once one of the more reliable arms out of the pen to start the season, Brothers has had a miserable last four months and has found himself in mop-up duty for most of the second half.

Despite walking Kevin Newman and surrendering a Wilmer Difo single in the eighth, Brothers was able to keep the shutout alive, getting Michael Chavis to ground into an inning-ending double play. One inning later, Jason Adam collected a strikeout while allowing just a Colin Moran single as the Cubs finish off their season slate with the Pirates by putting together a 9-0 win.