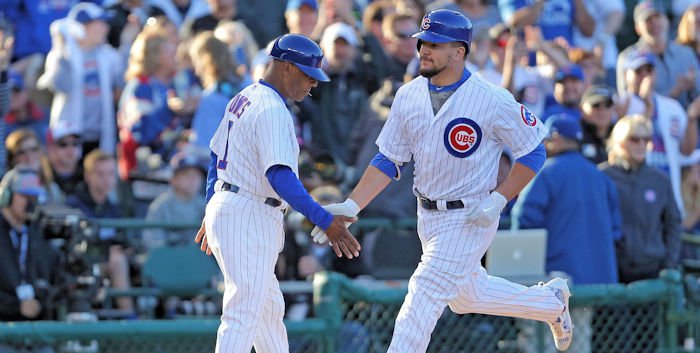 CHICAGO -- It was an ugly affair at Wrigley Field as the Brewers embarrassed the Cubs 15-2 on Saturday. The 15 runs scored were the most scored against the Cubs this season.

The Brew Crew have won two straight crucial games against the North Siders and pulled within only three games of first place in the National League Central divisional standings.

In the third inning, the Brewers sent 11 batters to the plate and made Mike Montgomery exit the game to the showers.

The only memorable offensive moment for the Cubs in the game was a homer by Kyle Schwarber in the eighth inning. It was his 25th homer of the season.

"It started out bad, it got worse, and eventually we didn't get anybody hurt, so that's probably the biggest positive tonight," Maddon said to reporters after the game.

The Brewers go for the rare road sweep at 1:20 p.m. CT as Kyle Hendricks will face-off against Zach Davies.