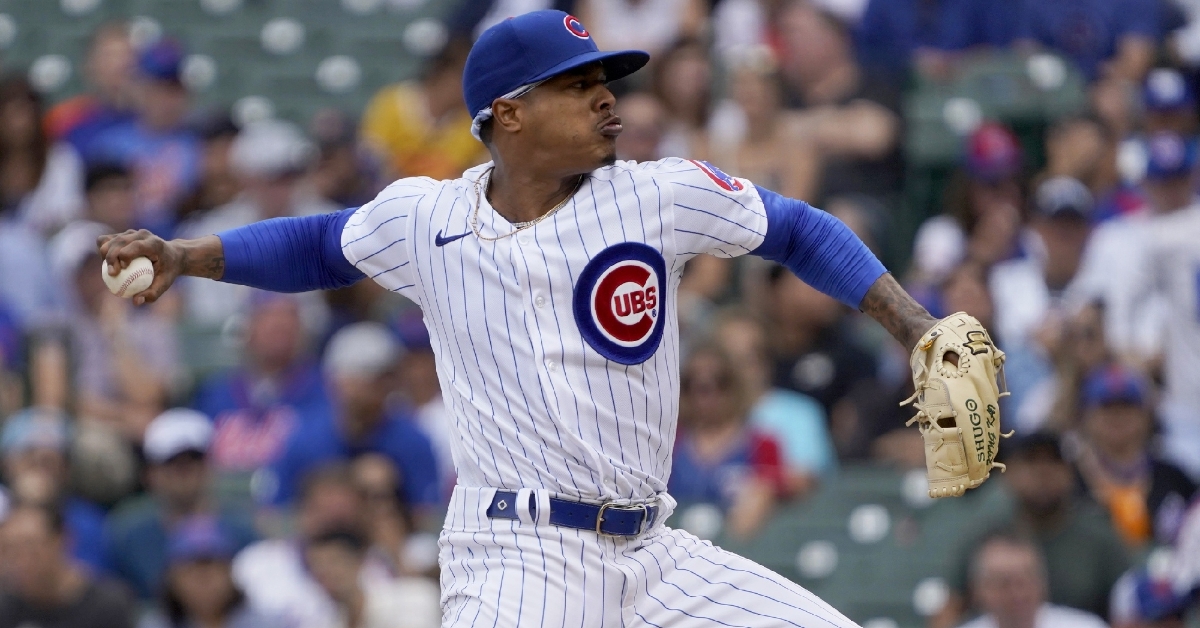 CHICAGO - Things haven't gone according to plans for the Chicago Cubs (34-56) as they entered the weekend, riding a seven-game losing streak. After having Friday's contest with the New York Mets (57-34) postponed, the Cubs returned to Wrigley Field Saturday for a day-night doubleheader.

Not only did this allow the Cubs to put an end to the skid, but it also gave the Mets an opportunity to extend the Cubs losing streak heading into the break. In a matchup between former Met Marcus Stroman and Taijuan Walker, this was the classic pitchers duel that many fans dream about as the Cubs took the Mets into extras, only to fall 2-1.

For Stroman, his first year in Chicago has been a nightmare and has brought back memories of what life was like when Yu Darvish was around. Making just his second start since returning from a shoulder injury, Stroman still has doctor's orders in terms of how many pitches he can throw and gave the Cubs just 4 1/3 innings of work.

Even at that, he was very impressive as he allowed just one run on one hit to go with six strikeouts before turning things over to the pen. Walker was equally as good, as the comeback story of this right-hander is nothing short of amazing. Not only did he give the Mets six innings of one-run ball, but he struck out five to lower his ERA to 2.55 as his strong season continues.

Both pitchers had to work in and out of first-inning trouble, but take that away; they were very strong, especially in the early going. It wasn't until the fourth inning that the first run scored with the Mets striking first. Following a Francisco Lindor walk to lead off the fourth, Cubs killer Pete Alonso delivered the lone hit off of Stroman as his RBI double gave the Mets a 1-0 lead.

Stroman recovered nicely to retire the next three hitters with the Cubs coming to bat and looking to draw even. Seiya Suzuki started things with a one-out single, but was then erased on the Nico Hoerner groundout that allowed Hoerner to reach first. He would then steal second, which proved huge as Frank Schwindel followed that up with a single that saw the Cubs tie things up 1-1.

Looking to take the lead in the fifth, PJ Higgins led off the bottom of the fifth with a double, but the Cubs were unable to cash in as they have failed to do far too often this season. That was the last of the scoring chances until the seventh, as both bullpens were phenomenal the rest of the way.

Once again, the Cubs had a chance to take the lead in the seventh only to see a double play ending any chances of that. Add in a pair of scoreless frames from the bullpen across the eighth and ninth innings, and you had a 1-1 game heading to the 10th.

It was in the 10th when the Mets had a chance to break through first as a Travis Jankowski walk put two men on base, but nothing would come from. Following a three up and three down bottom of the 10th for the Cubs, the Mets were back up to hit in the 11th as Mychal Givens was on the hill.

Allowing a lead-off single to Lindor is never good, but it proves to be costly when a runner starts on second to begin extras. That set the stage for Alonso again as he cashed in with the go-ahead sacrifice fly to put the Mets in front 2-1. That is how things would end up as the Cubs went down to close the game as Edwin Diaz slammed the door.