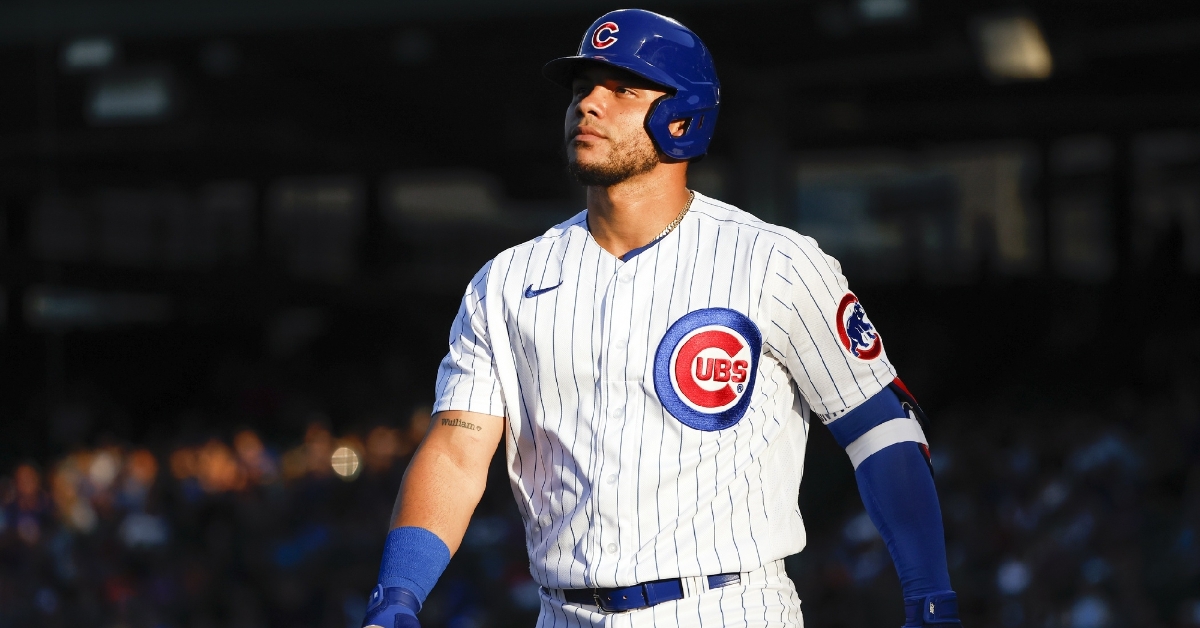 CHICAGO - When the season started, how many of you pegged the Mets (56-34) as a first-place club and contending for the best record in the National League. We are approaching the all-star break, and that is exactly what Buck Showalter and his group did as they came to Wrigley Field for the final series before the break.

As if the Mets record isn't good enough, they have done this without arguably their best player Jacob DeGrom and missing their prized free agent pickup Max Scherzer for a large chunk of time. Had both of them been healthy all season, this team could easily be the best in the National League.

While the Mets continue to impress, the Cubs (34-55) continue to disappoint as they dropped their seventh straight game 8-0. Most people knew this season would be a struggle, but I don't think anyone expected this, as the loss moves them into a tie for last place in the NL Central with a Cincinnati Reds team that started the year 3-22.

Not only that, but with the trade deadline rapidly approaching and guys like Willson Contreras and Ian Happ on the block, things could get even worse in the second half of the season as this could be the final time some of these guys play at Wrigley Field this season.

Expecting this to be a tough weekend, the Cubs best chance to steal a game was on Thursday as Keegan Thompson took the ball against Carlos Carrasco. Since spring training, Thompson has been the Cubs best and most consistent pitcher, which is a big reason he has succeeded both as a starter and reliever. Thursday was not a great outing for him as his command issues limited him to what he could do and had the Mets hammering him.

Across 4 1/3 innings, Thompson allowed five runs on eight hits as his ERA rose to 3.43. He walked four and struck out one as the final line was ugly. Most of those five runs came in the first couple of innings, but that was more than enough for Carrasco. Despite his 4.27 ERA, Carrasco gave the Mets six shutout innings of five-hit ball as he walked two and struck out six.

When it comes to beating Thompson, the best way to do that is to jump on him early, which is what the Mets did. Three batters into the game saw the Mets grab a 1-0 lead as Starlin Marte reached base on a single and then raced around to score on the Francisco Lindor double. Little did anyone know that this would be the winning run, but the Cubs offense was lifeless yet again.

With one out in the second, the Mets offense started to rally again, with Eduardo Escobar picking up a single ahead of the Dominic Smith walk. The Patrick Mazeika double followed that, and just like that, it was a 3-0 game. Marte would add an RBI single later in the inning to push the lead to 4-0, but an inning-ending double play with the bases loaded prevented any further damage.

Looking to make something happen off Carasco in the second, Nico Hoerner led things off with a single before a Patrick Wisdom walk had two runners on and no outs. Unfortunately, the Cubs continued to struggle with runners in scoring position as a double play ended the inning without any damage.

Like in Justin Steele's outing on Wednesday, Thompson did an excellent job settling in after his rough start, but still had to battle through command issues and plenty of traffic on the bases. After keeping the Mets off the board for nearly three innings, a pair of walks and hit by pitch loaded the bases in the fifth before an Escobar single made things 5-0. That was the end of the line for Thompson as Mark Leiter Jr was called on to replace him in a tough spot, but he made the pitches he needed to escape the jam.

Carrasco continued to work around baserunners during the back half of his outing as the Cubs once again had a pair of runners on base in the fifth, only to have a double play wipe that away. Comfortably in front and with the Cubs bullpen handling the pitching duties, a Brandon Nimmo homer gave the Mets their next run in the sixth, stretching the lead to 6-0.

The Mets kept the pressure on Leiter over the next two innings, putting several base runners on base only to come away empty-handed for a large portion of that. It wasn't until the Pete Alonso homer in the eighth saw the Mets make Leiter pay as Chicago was now trailing 8-0.

Following Carrasco's departure, a familiar face took the mound as Trevor Williams was called on to pitch. The former Chicago Cub spent time with the organization last season before being traded to New York as part of the Pete Crow-Armstrong deal. Williams not only kept the Cubs scoreless to record the save, but retired the first seven hitters he faced until things got a little more interesting.

One-out singles by Seiya Suzuki and David Bote kept the bottom of the ninth inning going before another single from Alfonso Rivas loaded things up with two outs. Hoping for a big hit to potentially put an end to the shutout bid and get to the closer, nothing would come from that traffic as the Cubs dropped their seventh straight game 8-0.