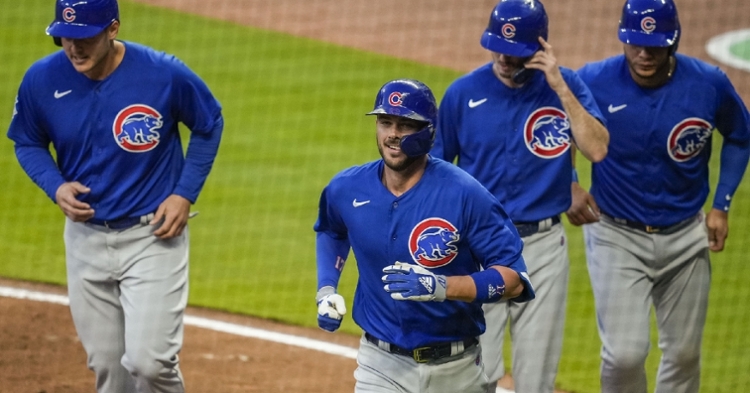 ATLANTA — A pair of thrilling home runs was not enough for the Chicago Cubs (10-12) to come away with a win in the opener of a four-game series at Truist Park on Monday, with the Atlanta Braves (10-12) earning an 8-7 victory. Kris Bryant put the Cubs on the board with his sixth career grand slam, and Willson Contreras went on to hit a tape measure dinger. However, the Braves also went yard twice on the night and never trailed.

The Braves jumped out to a 4-0 lead in the top of the first, with Zach Davies getting taken for four hits and two walks in the opening frame. With one out, Freddie Freeman drew a walk, and Marcell Ozuna doubled. After that, Ozzie Albies scored Freddie Freeman with an RBI single and then stole second before Travis d'Arnaud hit a two-run base knock. With two outs, a walk of Austin Riley was followed by a two-run double by Guillermo Heredia, which brought d'Arnaud and Riley home.

Dansby Swanson committed a throwing error from shortstop in the top of the second, thus enabling Bote to reach base with two outs. Nothing came of it, though. Surprisingly, a single slapped down the third baseline by Davies ignited the Cubs in the top of the third. Charlie Morton then gave up a base hit to Nico Hoerner, and an ensuing fielder's choice hit into by Willson Contreras placed runners on the corner with two outs. Anthony Rizzo drew a walk that loaded the bases, and Kris Bryant then lifted a game-tying grand slam out to left field.

With Brandon Workman working the fifth, the Braves once against wasted little time in going back in front. Heredia doubled and made it to third via a passed ball. Ronald Acuna Jr. walked, bringing Freeman to the plate, and Freeman skied a three-run jack to right. Flamethrower Trevor Megill made his MLB debut in the bottom of the sixth, striking out two in a scoreless inning. Tyler Matzek began the seventh by walking Matt Duffy. A few at-bats later, Contreras swatted a mammoth 456-foot blast that sailed out to center field in a hurry.

Contreras' two-run blast made the score 8-7 in favor of the Braves. Nate Jones relieved Matzek soon afterward and finished the frame. With runners on first and second, Bote lined out to center to end the inning. Duffy singled and stole second in a scoreless top half of the eighth. After former Brave Daniel Winkler tossed a three up, three down bottom half of the eighth, Will Smith walked Kris Bryant with two outs in the ninth but Ian Happ proceeded to ground into a fielder's choice, thereby concluding the 8-7 ballgame and handing the Cubs their third straight loss.