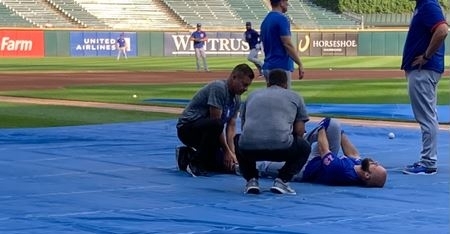 Both Rivas (No. 67) and Effross (No. 57) are looking to make their major league debuts and are available for tonight’s 6:10 p.m. CT game against the Chicago White Sox at Guaranteed Rate Field.

A non-roster invitee to major league Spring Training for the Cubs this year, Rivas was acquired from Oakland for infielder Tony Kemp on January 13, 2020. Originally selected by the Athletics in the fourth round of the 2018 draft out of the University of Arizona, Rivas in three minor league seasons has batted .288 (252-for-874) with 55 doubles, five triples, 14 home runs, 120 RBI and an .804 OPS thanks in part to a .393 on-base percentage.