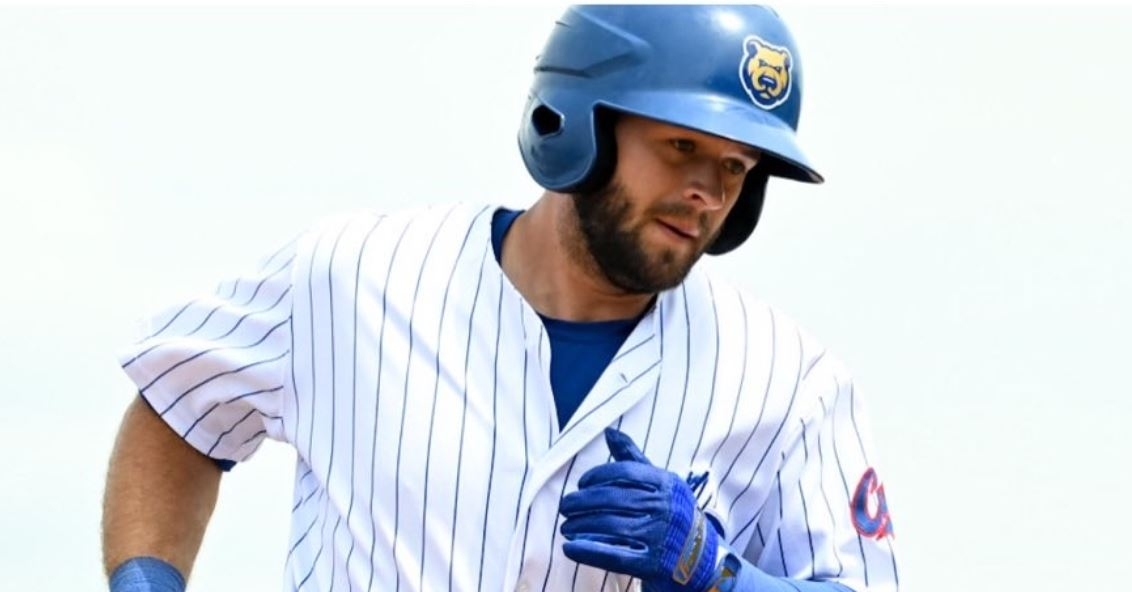 Despite all of their games being decided by three runs or less, wins were tough to come by. Had it not been for AA or the ACL Cubs, you are looking at an 0-8 night. Instead, the Cubs settled for a 2-6 mark in what was a rough go of things on Thursday.

Give the Cubs some credit this week as they have played Louisville extremely tough. The problem has been their inability to close out games, as the two-run ninth inning proved to be the difference. Caleb Kilian was on the mound and gave the Cubs his outing in a while.

Despite allowing two runs in the first inning, Kilian was solid the rest of the way, going the final five innings without allowing a run and striking out six. He was touching 97 MPH with his heater, and if he could figure out the first inning, the sky is the limit.

The first-inning struggles have been ongoing all season, and they continued with an RBI double from Spencer Steer mixed with an RBI groundout to give Louisville a 2-0 lead. The Bats made the score hold until the fourth inning when Matt Mervis picked up an RBI double to tie things up 2-2. Mervis now has more than 90 RBIs on the season and is looking become the first Cub since Kyle Schwarber to top 100 RBIs in a minor league season.

With the score still tied in the eighth, David Bote put Iowa in front 3-2 as he connected for his second homer in as many days.

BOOM! David Bote gives us our first lead of the game with his second solo home run in as many games. pic.twitter.com/nQxL2n8Onu

The problem was Louisville had an answer as Steer took Luke Farrell over the fence in the top of the ninth as his homer proved to be the difference 4-3. Mervis led the way with two hits and two RBIs and is hitting .290 since his AAA promotion.

If you are a pitching fan, this game was for you as the teams combined for 10 hits and one run. Fortunately, that run went to Tennessee as they topped the Braves 1-0. Looking to bounce back from his worst outing of the season, Riley Thompson set the tone on the mound giving the Smokies 3 1/3 shutout innings with four strikeouts. He gave way to Walker Powell, who struck out seven in five relief innings to lower his ERA to 2.40.

The game's lone run came in the fifth inning when the recently demoted Nelson Maldonado came through with an RBI double to lift the Smokies to the 1-0 win. With his team-high two hits, Maldonado is hitting .478 with Tennessee.

Sliding into the win column! pic.twitter.com/DyrczJKD3X

Despite not playing their best over the last two weeks, the Cubs continue to maintain a four-game lead. What started as a pitcher's duel with the game tied 1-1 after five innings turned into a one-sided win with Wisconsin pulling away late.

Luis Devers has been dominating since arriving in High-A, and that continued here. Across five innings, Devers allowed one run on two hits as his ERA sits at 0.57 with South Bend. Equally as good as Carlos Rodriguez, who lowered his ERA to 0.90 with six great innings.

With the score tied 0-0 in the fourth, Pablo Aliendo broke the scoreless tie as his RBI triple put the Cubs in front 1-0. Wisconsin would tie things up in the bottom of the fourth off the Jose Acosta sacrifice fly and then took the lead for good off a wild pitch in the sixth.

"My goodness he can cover some ground!"

Leading 2-1 in the seventh, Wisconsin started to put some distance between them and South Bend, picking up a pair of runs in the seventh and then one more in the eighth off the Antonio Pinero double to make things 5-1. The Cubs managed to bring home another run in the ninth off the Jonathan Sierra single, but fell by the 5-2 score. Fabian Pertuz led the way with two hits while seven others had one.

We rallied to load the bases in the 9th, but Wisconsin escapes and hangs on to take Game 3 of the series.

Back to it tomorrow night at 7:40! pic.twitter.com/Euhf0aY9C3

There was another fabulous pitching performance on Thursday, and that came in Myrtle Beach. Unfortunately, a two-run eighth inning from Columbia did the Pelicans in as they fell 2-1. Didier Vargas has been steadily improving each game, and after six shutout innings, his ERA is 2.57. He gave way to Frank Scalzo Jr, who took the loss.

The Pelicans' lone run came in the fifth inning after being held scoreless through four. Ethan Hearn was responsible for that RBI with an RBI triple. Ironically, the Pelicans were making it seem like that 1-0 lead would hold up, only to see the Fireflies pick up a pair in the eighth to win 2-1.

Game four of the series on Friday at 7:05.#MBPelicans pic.twitter.com/Si7Q6CvLuJ

With the Full season leagues struggling to find wins, it was nice to see the ACL Cubs pick up a win as they scored four times in the final two innings. Led by a pair of homers from Jeremy Vargas in the first and Quinton Low in the fifth, it was the Brewers who were holding a 2-0 lead.

That is when Ismael Mena took it upon himself to tie things up as his RBI double in the sixth inning brought the Cubs back to even. One inning later saw the Cubs take the lead for good as an error led to the go-ahead and winning run while Cristian Hernandez added an RBI single. Hernandez led the way with two hits and is hitting .270 this summer.

In what was mostly another strong pitching performance, it was the Mets who used a four-run fourth to put the Cubs away. Adrian Martinez got the start and took the hard-luck loss after allowing one run in three innings. That run came in the first inning when a passed ball gave the Mets the lead for good.

Still trailing by a run in the fourth, the Cubs saw that deficit evaporate as the Mets pushed across four runs to take a 5-0 lead. Two of those runs came home on a hit, with Carlos Oviedo connecting for an RBI double. The lone run for the Cubs came in the bottom of the fourth off the Geuri Lubo double, but that was it for the offense.

Once again, the Cubs had a fine pitching performance only to have one bad inning cost them the game. That inning happened to be the second inning as the Mets erased an early 1-0 deficit and took a 3-1 lead. Jostyn Almonte had an RBI single as a pair of wild pitches led to the other runs.

The Cubs pulled within a run in the fourth inning off an error, but the offense couldn't do anything more and fell by that score.

The Mets and Cubs got very familiar with each other on Thursday, but lost all three meetings. At the very least, this one came with a bit more offense after fans were not given much to cheer about early. Trailing 2-0 in the bottom of the second, Daniel Ferreira put the Cubs on the board as his RBI single made things 2-1.

That would be as close as the Cubs would get with the Mets offense opening up a huge lead. Yonatan Henriquez homered in the third to make things 3-1 before a two-run shot from Jesus Baez, followed by another Henriquez homer in the fourth, made things 6-1.

In desperate need of some offense, the Cubs took a large chunk out of that lead, with Moises Febrillet picking up an RBI double to make things 6-3. Jose Escobar added an RBI single later in the inning to pull within 6-4. The Cubs continued to chip away at the lead, with Jerrys Torres adding a sacrifice fly in the sixth. Unfortunately, that was the final run for the Cubs as they fell to the Mets 7-5.