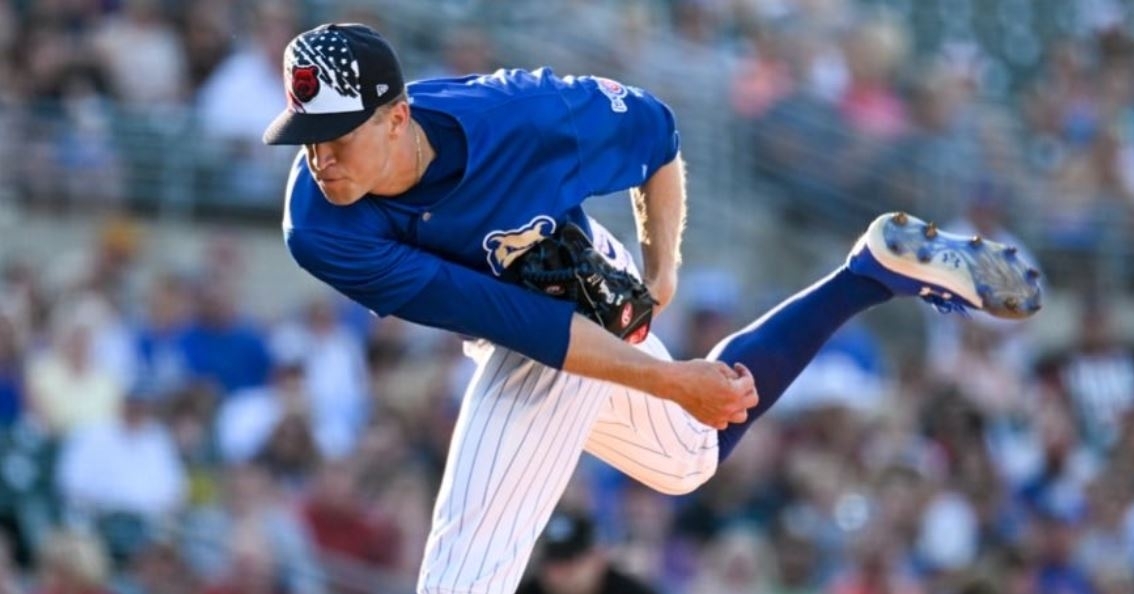 With the South Bend Cubs preparing for their Midwest League Championship on Sunday, it was a light day on the diamond as only two days were in action. Despite this, only one game went final, with the other suspended as the Cubs went 0-1 on the evening.

While Hayden Wesneski was doing his thing at the MLB level, another highly touted prospect took the ball for Iowa. That would be Caleb Kilian, who was making one of his final starts of the season.

While mother nature got in the way and forced the suspension of this game to be picked up on Sunday, Kilian was very good as he allowed just two hits in three scoreless innings. He walked two and struck out two to keep the game scoreless. The lone hit for Iowa before the suspension was a Levi Jordan coming away with a first-inning hit.

The Smokies sure don't look like a playoff team right now, but the reality is they will be. With just two games remaining until the postseason, the Smokies continue to have a rough go of things with their in-state rival, dropping another contest.

DJ Herz got the ball and labored through four innings for another rough start. Across his four innings, he only allowed three hits, but was charged with four runs (3ER). Herz did have to fight through some command problems walking four, but struck out seven.

Most of the damage off of Herz came in the second inning when Chattanooga pushed across three runs. Jacob Hurtubise opened the scoring with an RBI single before Elly De La Cruz capped off the inning with a two-run single to make things 3-0. Christian Encarnacion-Strand extended that lead to 4-0 with a homer in the third, which was the final run for several innings.

It wasn't until the seventh when the next run came across as the James Free homer gave the Lookouts a 6-0 lead. Tennessee managed to end the shutout with a Bryce Windham RBI groundout in the eighth, but that would be it in another tough loss.

The Smokies offense struggled all evening long as they managed just three hits. Yonathan Perlaza led the way with two hits, while Luis Vazquez added the other. The Smokies received a pair of scoreless relief outings, with Bailey Horn tossing 1 2/3 scoreless frames and Zac Leigh giving them 1 1/3.