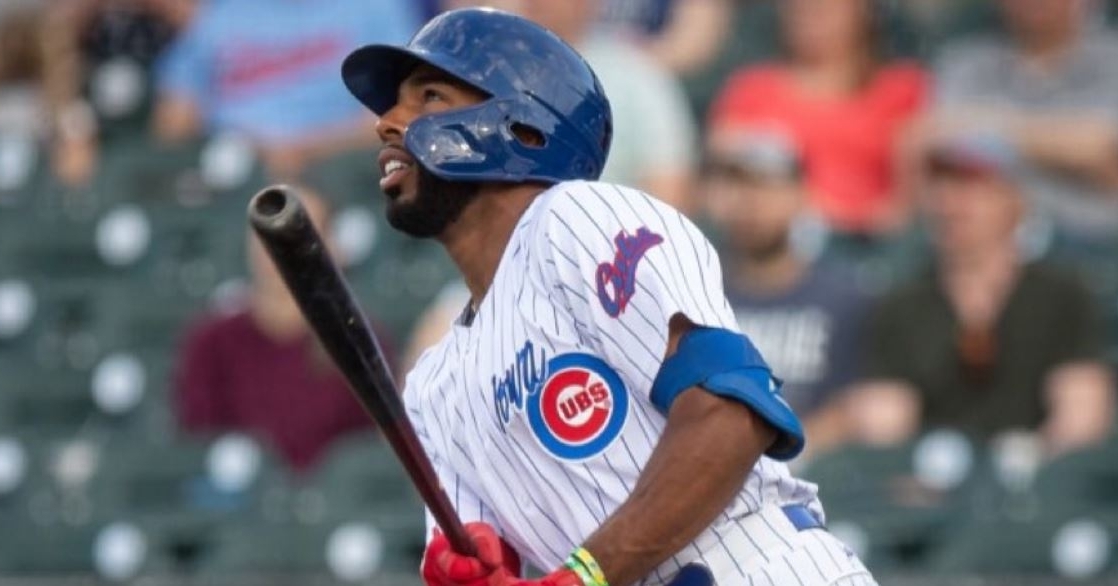 Wednesday was the exact opposite of Tuesday, as wins were tough to come by. After going 3-1 on Tuesday with Myrtle Beach taking the lone loss, the tables were turned on Wednesday with the Pelicans picking up the lone win in a 1-3 night for the system.

Regardless of the results, the Cubs still have two teams in first place and another that won the first half championship. Regardless of what happens from here on out, there will be playoff baseball in the Cubs system, but there could be as many as three teams earning that right.

The Cubs had a rough go of things on Wednesday as the Saints offense came to play. Luke Farrell was not on top of his game as he surrendered five earned runs in 4 1/3 innings. Brandon Leibrandt wasn't much better, but Michael Rucker was solid again as he racked up four punchouts in two innings as his ERA sits at 1.17.

Farrell was bitten by the long ball early, with David Banuelos going deep in the second to put the Saints in front 2-0. The Cubs immediately tied things up in the top half of the third as Matt Mervis and Darius Hill picked up RBI singles. Not only did the Mark Contreras RBI groundout put the Saints in front for good, but it opened the flood gates for what was a sound offensive attack the rest of the way.

Banuelos added his second homer in the fourth inning as the Saints scored six unanswered runs to take an 8-2 lead. With one swing in the seventh, Narcisco Crook made it a ball game as his three-run shot cut the deficit in half. That would be as close as things would get as Elliott Soto capped off the scoring with a double in the bottom of the seventh to lift the Saints to the 9-5 win. Dixon Machado collected three hits from the leadoff spot, with Levi Jordan adding two.

Despite hovering right around .500 in the second half, the Smokies have benefitted from a poor division as they are tied for first. They didn't look like a first-place club on Wednesday as the Barons knocked them around in a big way.

Jordan Wicks made his second AA start, and after an excellent first outing, this one was a struggle. Wicks was charged with four earned runs in four innings, but he did manage to strike out five before the bullpen went to work. Not only did Birmingham hold an early lead off the Moses Castillo single, but the Barons built a 2-0 lead in the third, with Oscar Colas picking up his fourth homer.

Yonathan Perlaza continues to swing a hot bat, and with his two-run shot in the bottom of the third, things were back to even 2-2.

A leadoff double by Delvin Zinn followed by yet another HR from Yonathan Perlaza! 2-2 in the bottom of the 3rd. pic.twitter.com/e2skU328No

At this point, Birmingham went on a run, using the long ball to score six runs in the next three innings. Two run homers from Craig Dedelow and Colas in the fourth and fifth gave the Barons a 6-2 lead before the Jose Rodriguez single in the sixth made things 8-2.

Tennessee was nearly shut out after that three-run shot as Luis Vazquez picked up an RBI groundout in the eighth before the Smokies fell 8-3.

A ground ball from Vazquez and heads up base running from Amaya lead to a Smokies run! Smokies trail 8-3 in the bottom of the 8th. @mamaya_9 pic.twitter.com/2zujIgnxNl

Jake Slaughter has cooled off a bit after a blistering June, but after picking up two hits, he is still hitting .319. Miguel Amaya added another two hits as his strong start with AA continues.

With their two best pitchers now in AA, South Bend will have to figure some things out if they want to remain in first place. For the most part, the team has done a phenomenal job, but games like Wednesday have fans going; what if.

Tyler Schlaffer was on the mound for the Cubs as his time with Myrtle Beach ended. Give the right-hander a ton of credit as his first High-A start was a good one allowing just two runs in five innings. He gave way to Eduarniel Nunez, who took the loss before Michael McAvene tossed another two scoreless innings to lower his ERA to 1.72.

Knowing that this was Schlaffers first High-A start, Owen Caissie wanted to give him some early support as a two-run shot in the first had South Bend in front 2-0.

.@owen_caissie CRUSHED one of the longest @hoosierlottery home runs of the season tonight, nearly clearing the batter's eye in center field! ?? pic.twitter.com/2WZxbonXEA

That score would hold until the fourth when Jonathan Rodriguez got a hold of a Schlaffer pitch and took it over the fence for the 2-2 tie. Still in the fourth, Pablo Aliendo gave the Cubs the lead right back as his RBI double made things 3-2.

South Bend ran into serious trouble in the sixth as the Captains had loaded the bases and a chance for a big inning. Not only did a bases-loaded walk tie things up, but Micael Ramirez drove in the winning run with a single as Lake County topped the first-place Cubs 4-3. Cassie had a great night, finishing with three of the team's five hits to go with his two RBIs. Alien and Jordan Nwogu had the remaining hits.

The Captains even the series and we're back to it tomorrow night.

You have to think that the Pelicans will get hot again. Looking at their season, this team is too good, not too even if they have been losing players left and right due to promotions. All it took was a four-run inning to jump-start this offense as the Pelicans picked up a massive win.

Making his first Career A ball start was 2020 fifth-round pick, Koen Moreno. Despite a rough outing that saw him allow two runs in just over two innings, there was a lot to like about his performance as he did strike out four. He gave way to Chase Watkins and a bullpen that was brilliant as they allowed one run in the final 6 1/3 innings.

With four walks in his outing, Moreno didn't do himself any favors as he fell behind 3-0 in the first. One of those runs came on a wild pitch while the other two trotted home on the Adam Zebrowski double. Trailing 3-0 in the third, the Cubs No. 4 prospect Kevin Alcantara said no more as he cranked a grand slam to put the Pelicans on top 4-3.

Kevin Alcantara's 12th home run of the year was grand!

The No. 4 @Cubs prospect belts a slam for @Pelicanbaseball. pic.twitter.com/mJLnuchjeB

Brandon Parker would answer that grand slam with a solo shot in the bottom of the third to tie things up 4-4. Parker would add a second homer later in the game, but it wouldn't be enough as the Pelicans offense was about to get going.

Tied in the fifth, Matt Warkentin cashed in with a go-ahead double as the Pelicans never looked back. That was followed by the Ethan Hearn single in the sixth, as that hit gave the Pelicans a 7-4 lead and the winning swing. Hearn added a homer later in the game, as did Jacob Wetzel and the Pelicans double up the Greenjackets 10-5. Hearn was one of several players with two hits, but his three RBIs put him above the rest. Alcantara had four RBIs, with Wetzel adding two.

Three home runs, including a grand slam from Kevin Alcantara, power the Birds to victory.#MBPelicans pic.twitter.com/n9vIrrZBJA

In rookie League action, the Cubs continued to see those teams struggle to win games as they went 0-1 with a suspended game. The lone game that went final was between the Yankees and DSL Red as the Cubs fell 2-1 in a rain-shortened five-inning game. Freilyn Silverio was charged with both earned runs as he allowed a Juan Matheus RBI double and an Abrahan Ramirez sacrifice fly in the second. Carlos Ramos provided the lone run for the Cubs as he picked up an RBI grounder in the second.

The rain continued to be an issue for DSL Blue as they managed to get into the bottom of the first before their game with the Tigers ended 0-0. Geuri Lubo finished the day with the Cubs lone hit.