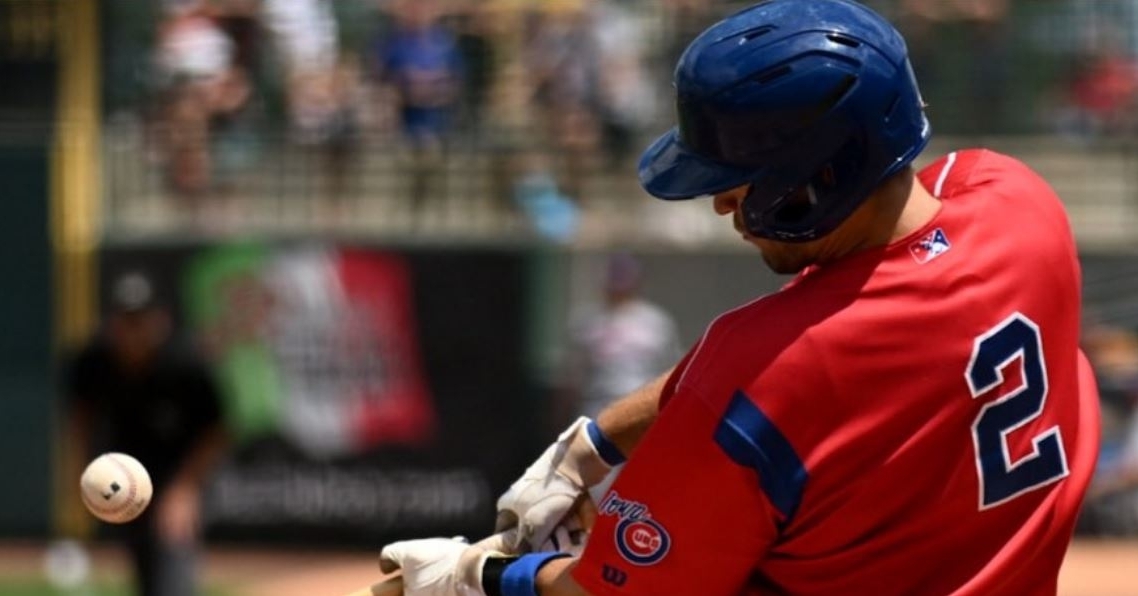 I hope fans don't get baseball withdrawals this week as there will be no baseball for the next four days. In Minor League baseball, fans will still have an opportunity to follow along with some teams as the DSL will not follow the same all-star break that the rest of the minor league does.

In terms of what went on Sunday, the Cubs nearly had a perfect day on the diamond to end their first half, settling for a 3-1 record. While Tennessee may have taken the loss, there was another no-hitter thrown by Myrtle Beach, making it four no-hitters in the Cubs organization this season.

Despite what the scoreboard says, most of the damage came late, with Iowa scoring five runs in the final two innings, including three in the ninth to walk off the Bisons. Luke Farrell wasn't terrible, allowing two earned runs, but he only lasted 2 2/3 innings, putting more pressure on the pen.

He was followed by Cayne Ueckert, Michael Rucker, Blake Whitney, and Ben Leeper, who walked one and struck out five in 6 1/3 innings while allowing two unearned runs. The Cubs had a tough time-solving Casey Lawrence, who allowed just two hits in five innings as their offense was held in check.

Both runs off of Farrell came in the third inning when the Gabriel Moreno groundout put Buffalo in front 1-0 ahead of the LJ Talley sacrifice fly that saw things double 2-0. That score would hold until the sixth inning, when Levi Jordan ended the shutout with an RBI double to make things 2-1.

Still trailing by a run in the eighth, Buffalo extended their lead to three as Chavez Young ripped a two-run single to make things 4-1. At that point, the Cubs offense started to come to life, and it all started with a Jackson Frazier RBI single and the Jared Young groundout that made things 4-3 heading into the ninth.

Down to their final three outs, the Cubs had no intention of going down quietly with Dixon Machado picking up a game-tying RBI single. Four pitches later saw Darius Hill put the game away as his walk-off two-run shot gave the Cubs a massive 6-4 comeback win.

Jordan was one of four players with two hits as Young, Machado, and John Hicks joined him.

After what was mostly a successful week on the diamond, the Smokies offense went quiet on Sunday while the pitching struggled in a loss on Sunday. After much anticipation, Jordan Wicks made his AA debut and had a rough go of things as he lasted just three innings and allowed three runs.

Jordan Wicks gets his first AA strikeout in the top of the first! #Cubs #FlyTheW pic.twitter.com/edZnvxOTd7

He gave way to Max Bain and a plethora of bullpen arms as they struggled early, but bounced back as the game went on. Wicks got off to a strong start by keeping Biloxi scoreless through two frames. That was until the two-run homer by Andrew Monasterio, followed by a solo bomb from Cam Devanney, gave Biloxi the 3-0, and they never looked back.

Tennessee did their best to keep things close, with Cam Balego picking up an RBI single in the bottom of the third to make things 3-1.

An RBI single from Cam Balego puts the Smokies on the board in the bottom of the third! @CBalego95 pic.twitter.com/tfsq3NlT48

That would be all the offense for the Smokies, as the pitching of Biloxi was too much.

Devanney added his second homer in the fifth inning to extend the lead to 5-1 ahead of the Sal Frelick homer in the sixth to make things 6-1. The Shuckers capped off the scoring in the ninth when Thomas Dillard delivered an RBI double to hand the Shuckers a 7-1 win. Along with Balego and his hit, Luis Vazquez and Matt Mervis had the other hits.

It wasn't as easy as it seemed, but the Cubs managed to pick up another series win against Peoria. Pitching was the name of the game in this one, and making his first High-A start was Luis Devers.

After dominating in A-Ball, Devers continued his great showing by giving the Cubs five innings of one-run ball with four hits allowed to earn his first win. Riley Martin, Michael McAvene, and Eduarniel Nunez finished things off, with McAvene continuing his dominating run.

Make that 13 games and counting for Yohendrick Pinango as his third-inning RBI single extended his hitting streak to 13 while also putting the Cubs in front 1-0. Peoria managed to strike back in the bottom of the third as the Brady Whalen single tied things up 1-1 and was the only run Devers and the South Bend staff allowed.

Moving to the fifth, Jordan Nwogu continued to fill in for Pete Crow-Armstrong as his second homer in as many days proved to be the game-winning run. Owen Caissie would add an RBI single later in the game to cap off the Cubs 3-1 win. Pablo Aliendo joined Pinango with two hits as they led the way on offense.

That's a series W, and a great way to go into the All-Star Break! ??

Things haven't been as easy as the first half, but the Pelicans continue to improve and have now won four straight again. Their most recent win on Sunday was filled with excitement as the Pelicans tossed the fourth no-hitter in the Cubs system this season.

Tyler Schlaffer started things off by giving Myrtle Beach three innings with six strikeouts, but the performance of Luis Rodriguez stood out. Despite walking three in three innings, he also struck out eight of a possible nine hitters to keep the no-hitter intact. Gregori Montano, Angel Hernandez, and Alfredo Zarraga took care of the final three innings as the Pelicans struck out 16 in their no-hit effort.

"THE SPECIAL SEASON CONTINUES TO GET BETTER!"

Not only was the pitching impressive for the Pelicans, but the offense came out on fire and immediately backed the pitching. James Triantos has been one of the hottest hitters in A-Ball, and after his first-inning double, the Pelicans were on top for good 2-0. Triantos would come around to score on the Ezequiel Pagan double as the Pelicans took a 3-0 lead.

Ironically, take away that first inning, and the Fayetteville pitching was able to match the Pelicans as Myrtle Beach was held scoreless the next six innings. Pagan added to his RBI double with a two-run shot in the eighth to cap off the scoring in a 5-0 win.

Juan Mora paced the offense with three hits from the leadoff role, with Pagan adding two with three RBIs.