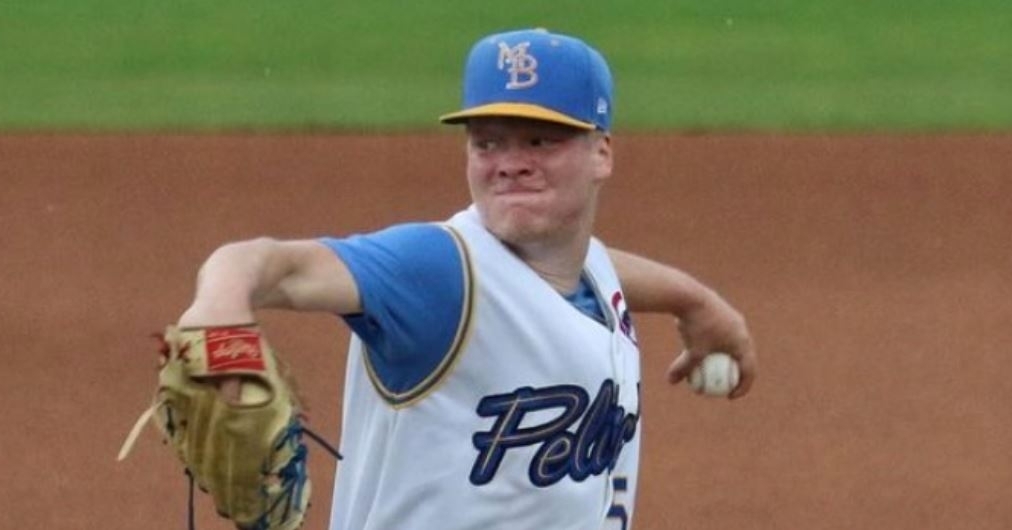 With Iowa on a travel day before finishing the season at home, all eyes were on the Tennessee Smokies for game one of the Southern League Championship.

Looking to end the second longest titleless drought in the Southern League, where the Smokies haven't won since 1978, their starting pitching puts them within one win of the crown as they topped the Pensacola Blue Wahoos 4-1 in game one.

Not a bad way to start what will be their final road game of the season, as the Smokies will close out the regular season at home on Tuesday and potentially Wednesday, depending on how game two goes. Taking the ball for game four was left-hander DJ Herz, who has had a tale of two seasons this year.

While pitching for South Bend, Herz was lights out as he was the ace of that staff and made it look easy. Since his promotion to AA, it has been a struggle, but he has been showing significant improvement across his final three starts. Not only that, but he picked the perfect time to have his best start of the season as this was the Herz the Smokies have been waiting on.

Despite battling through command issues again as he walked four and struck out five, he limited the damage and got through 3 1/3, allowing just one unearned run on three hits. He gave way to Riley Martin, who made his AA debut and was impressive himself going 1 2/3 scoreless frames before handing things off to Blake Whitney and Bailey Horn, who took care of the rest.

What made things easier for Herz was the first inning the Smokies put forth as they jumped all over the Blue Wahoos early and often. A pair of singles from Yonathan Perlaza and Jake Slaughter started things off before a one-out walk to Cole Roederer loaded the bases.

Patience continued to pay off for Tennessee, with Chase Strumpf taking a second consecutive walk to push in a run and keep the bases loaded. As if patience wasn't a key factor, Pensacola didn't make things easy on themselves as an errant pickoff attempt of Slaughter led to an error that brought home two more runners to stretch that lead to 3-0.

That would be all the Smokies would need, but you knew they didn't want to stop there as Nelson Maldonado extended the lead to 4-0 with his solo shot in the fourth. Unfortunately, that would be it in terms of their offense, but if the pitching could hold up, this was a game the Smokies could steal.

Still holding that lead in the fourth, Herz began to run into trouble as a pair of one-out walks to Demetrius Sims, and Thomas Jones had the Blue Wahoos in business. JD Orr would bounce into a fielder's choice, but a costly error on that play allowed a run to score and cut the Tennessee lead to 4-1.

Martin took over for Herz, walking the first batter he faced before retiring the next two hitters and keeping the Smokies in front 4-1. That would be the last great scoring opportunity for the Blue Wahoos as the back end of the Smokies pen was lights out and helped put Tennessee on the verge of their first league title in over 40 years.

With six hits, the Smokies did what they had to do to win, and Perlaza led the way with three. Maldonado added two hits of his own, with Slaughter grabbing one. Tennessee has an off day on Monday before taking the field Tuesday for game two.