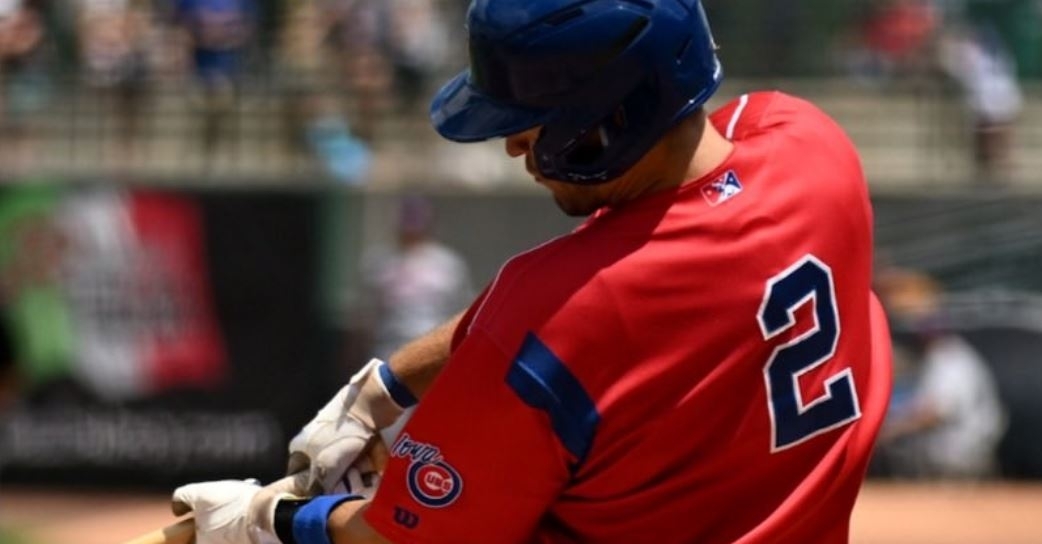 This week was a Jekyll and Hyde type of week in Iowa, but it concluded with a 5-4 win on Sunday. Even then, things didn't come easy as Louisville made a ferocious comeback attempt late before the Cubs held them off.

Matt Swarmer continues to pitch well for the Cubs, although hasn't been getting through four innings in quite a while. He allowed two runs in 3 2/3 before the bullpen took over. Steven Brault was the first out of the pen and after 1 1/3 scoreless frames, picked up the win.

Although he didn't last long, Swarmer was given immediate support in the first inning with a wild pitch putting the Cubs in front for good 1-0, while Jackson Frazier added a sacrifice fly to make things 2-0. Louisville managed to cut the deficit in half with the Lorenzo Cedrola double in the third, only to have a fifth-inning sacrifice fly by David Bote make things 3-1.

Whenever the Cubs scored, Louisville had an answer with Spencer Steer going deep in the sixth to make things 3-2. Still in the sixth and with the Cubs batting, Darius Hill came through with the game-winning hit as his RBI single put the Cubs in front 5-2. Hill continues to put together a great season in AAA and could be the most overlooked prospect in the system.

Louisville managed to pull within 5-4 of Iowa in the eighth inning, but it was Ben Leeper who came on to pitch the ninth and slammed the door shut for his sixth save. Hill led the way on offense with three hits and two RBIs and is now hitting .340 for the season. Frazier, Tyler Payne, and Greg Deichmann had the other three hits.

Despite allowing three runs in the ninth inning and being involved in some battles all week, the Smokies remained in first place and extended their lead. Jordan Wicks was back on the mound and continued to do his thing by allowing just one run in four innings of work with three strikeouts. Wicks turned things over to the pen where Samuel Reyes and Eduarniel Nunez struggled, but CD Pelham did not and earned the win.

Wicks allowed his only run in the top of the first when Drew Lugbauer connected for an RBI double and an early 1-0 lead. That lead didn't last long as the Alexander Canario homer gave the Smokies a 2-1 lead and put them in front for good. Two innings later saw, the Smokies bust the game wide open as Yonathan Perlaza went deep to start what was a four-run inning that saw the Smokies lead 6-1. Bryce Ball and Nelson Maldonado added RBI singles in that inning, with Jake Washer picking up an RBI groundout.

Despite the big inning, Mississippi continued to battle back, with Javier Valdes picking up a two-run single in the fifth and the Landon Stephens homer in the sixth to make things 6-4. Leave it to the top of the order in the bottom of the sixth to put the game away, with Perlaza adding an RBI triple and then coming home on the Andy Weber fielder's choice.

That fielder's choice not only put Tennessee in front 8-4, but served as the winning RBI as Mississippi scored three times in the ninth, but came up short 8-7. Perlaza and Ball led the offense with three hits while also driving in three combined runs. Canario added two hits with two RBIs.

Yonathan Perlaza goes 3-5 with a double, triple, and HR as the Smokies beat the Braves in the series finale! pic.twitter.com/Ob8FMJf7rs

It has been a while since South Bend faced adversity, but that time is now. After dropping this week's series to Wisconsin and losing the season series 9-7, South Bend has seen their lead in the division go from four games down to just one as they are now in a battle for first place.

Daniel Palencia has been one of the better pitchers in the Midwest League since coming off the IL, but after allowing five runs in three innings, he took the loss. Take him out of the equation, and the trio of Dalton Stambaugh, Michael McAvene, and Yovanny Cruz was brilliant out of the pen as they tossed five scoreless frames to give the Cubs hope.

Palencia found himself in an early hole with Jackson Chourio going deep for the fourth time this season and the third time in the series to make things 2-0 Wisconsin. It took just two innings for South Bend to battle back, with Jordan Nwogu going deep with a homer of his own to tie things up 2-2 in the third.

Still in the third, Palencia started to come unraveled as the Timber Rattlers scored three times to put the game away. Singles by Jefferson Quero and Eduardo Garcia made things 4-2, while a wild pitch extended the lead to 5-2. South Bend managed to get one of those runs back in the fourth on a bases-loaded walk by Nwogu, but that was it as the Cubs fell again 5-3.

Luis Verdugo led the way with two hits, while Nwogu added all three RBIs for South Bend. Although only a one-game lead over Beloit, the Cubs are still in an excellent place to make the postseason.

No one needs the Monday off day more than the Pelicans in the Cubs system. Not only did they lose a series to Columbia, but the way they lost stands out as countless one-run games did them in.

2022 undrafted Free Agent Grant Kipp was on the mound and turned in a 2 2/3 inning start with two runs allowed. That was part of the issue, as all five of the Columbia runs came in the first five innings before their offense stalled late.

Kipp found himself down early, allowing a first-inning run before the second-inning single from Kyle Hayes had Columbia in front 2-0. Myrtle Beach responded in the second with a big inning to take the lead as Liam Spence went deep for the second time to put the Pelicans in front 3-2.

Myrtle Beach made that lead hold up until the fifth when Gavin Cross delivered a two-run shot to make things 4-3. Add in an RBI groundout in the sixth, and Myrtle Beach was down 5-3. Looking to battle back, Jacob Wetzel played long ball in the bottom of the sixth to pull the Pelicans within 5-4, but they would fall by that score.

The fifth one-run game of the week ends in a loss.