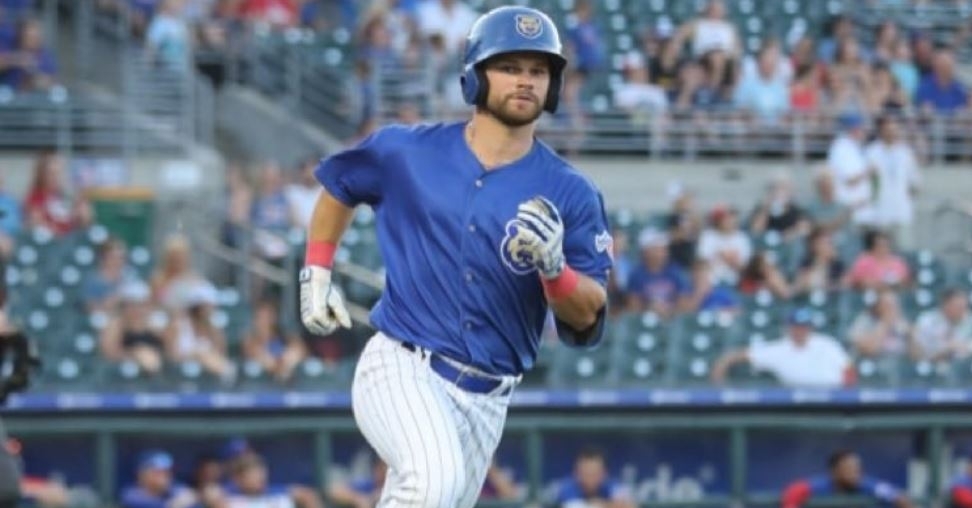 The Cubs opened up their final week of play before two of their teams begin the postseason in a big way. Not only was there a first-round playoff matchup happening, but the Cubs posted a 3-1 record on the evening and did so in an impressive fashion.

Things may not have gone well for Iowa this season, but this team is playing some of their best ball late in the year. Looking to bounce back from a rough start last time out, Adbert Alzolay continues to rehab from his LAT injury and tossed three innings of one-run ball with a pair of strikeouts. He gave way to a trio of relievers who all gave the Cubs multiple innings, with Blake Whitney earning the win.

The only run Alzolay allowed came in the bottom of the first when Jordan Groshans singled for the 1-0 lead. Not only did the Cubs tie things up on the Esteban Quiroz single in the second, but they busted the game wide open in the third after a big inning. Luis Vazquez put the Cubs in front for good with his first AAA homer, while the Matt Mervis RBI single was the game-winning hit. Iowa brought home two more runs on an error to cap off a four-run inning with the Cubs leading 5-1 before winning 6-2.

Levi Jordan led the way for the Cubs with two hits, including his late-game homer to cap off the scoring. Six other players had one hit, but Brennen Davis went hitless again as he continues to go through the motions.

1-0 in the all-time series ?? pic.twitter.com/XD1qEzZZEG

Not only did the Smokies make a statement with this win, but you add in the Birmingham loss to Chattanooga, and the Smokies gained two games as their magic number dropped to three. With several starters on the IL, Chris Clarke was back in the rotation and had one of his better starts this season.

The right-hander picked up his seventh win after giving the Cubs six innings of one-run ball with five strikeouts. For as good as he was, he didn't have to be as the Smokies offense backed him with plenty of support. The Jake Slaughter homer in the first put the Smokies in front for good 2-0, but it was in the second inning when they took care of things.

A 2-run homer to start the @smokiesbaseball scoring? Nice.
A slam to cap the scoring? Grand.@Cubs prospect Jake Slaughter swatted his third multihomer game of the season: pic.twitter.com/mRQ0HYmNtZ

Led by doubles from Nelson Maldonado and Bryce Windham, mixed with a Chase Strumpf single, the Smokies brought home four runs to make things 6-0. They extended that lead to 8-0 after the third, as their offense was alive and kicking. The only run Clarke allowed came in his final inning of work when Norel Gonzalez picked up an RBI double.

Still, the Smokies had a massive lead, and things would only get larger with Yonathan Perlaza picking up a homer in the sixth with Bryce Ball adding an RBI double in the seventh to make things 10-1. Leading 10-3 in the eighth, Slaughter capped off his massive evening with a grand slam as Tennessee rolled 14-4. Slaughter only had two hits, but both were homers as he led the way with six RBIs.

Nothing better than starting the last homestand with a WIN!! pic.twitter.com/2RpVJbVtTZ

If you are a South Bend fan, get used to seeing the Kernels. Not only do these teams close out the regular season, but they will meet again next week in the playoffs. If Tuesday indicates how the playoffs will go, look for an incredible series as the Kernels came away 8-6 winners.

Most of the damage was done in the final two innings, where 11 of the 14 runs were scored. That was because Chris Kachmar and Luke Little were brilliant on the mound as they combined to go five innings and allowed just one unearned run with seven strikeouts. On the flip side, Orlando Rodriguez was equally as good as he allowed one run in six innings, with that run coming on the Luis Verdugo sacrifice fly in the first inning.

With the game tied in the sixth, Cedar Rapids took the lead for good on the Seth Gray single, but it was in the eighth when they looked to ice things. Not only did the Kernels score, but they scored six times as Willy Joe Garry Jr and Dylan Nurse picked up an RBI double and single with Jake Rucker leaving the building to make things 8-1.

As most great teams do, South Bend had come back on their mind, and they used a massive ninth inning to make things very interesting late. Singles from BJ Murray Jr and Fabian Pertuz brought home two runs, while Jordan Nwogu added a two-run double. Mix that with a Kevin Made RBI groundout, and the Cubs scored five times in the ninth, but fell short 8-6.

If the Pelicans want to gain momentum heading into the playoffs, now would be a great time to start and what better way to go about it than by posting a walk-off win? Michael Arias was back at it again and tossed three scoreless frames before Koen Moreno, and the rest of the pen took over.

Arias may not have lasted long, but a trio of early runs backed him, with Juan Mora and Kevin Alcantara connecting for homers in the third to make things 3-0 Myrtle Beach.

That is when things became the Jesus Chirinos game, as his homer in the fifth made things 3-2, while his double tied things in the seventh and helped force extra innings.

It was the Mudcats striking first in extra innings as a costly error led to the go-ahead run to score. Now trailing for the first time, the Pelicans battled back as the Parker Chavers sacrifice fly tied things up, while an error proved to be the difference in the 5-4 Pelicans win.

Baseball is a weird game.

Birds take the series opener on a walk-off error.#MBPelicans pic.twitter.com/NAO6VmKcrr