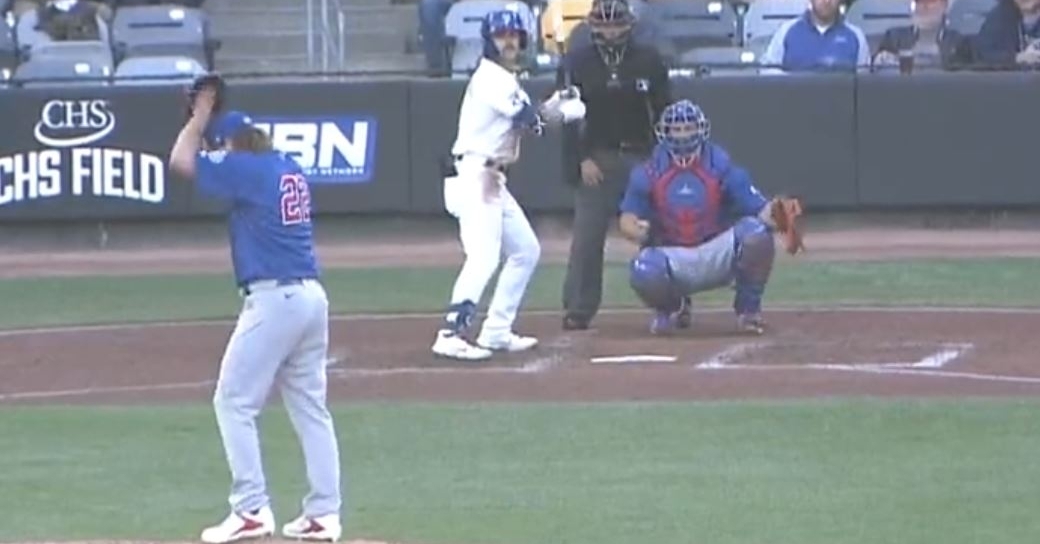 If you like intense action filled with a playoff atmosphere, pay attention to the Cubs full-season leagues this week. Not only has one team clinched a postseason berth, but two others are involved in massive series that could alter their playoff hopes and chances by the end of the week.

The only team in the Cubs system who can't make the playoffs is the Iowa Cubs. Technically, they haven't been eliminated, but it will take a miracle for them to get in.

That said, Iowa can still finish the season on a high note and gave the fans an outstanding pitching performance on Tuesday. Wade Miley continued through the rehab process and delivered his best showing thus far. Across five innings, Miley allowed just one unearned run while striking out two as he handed things over to Luke Farrell and the pen.

Iowa backed Miley with first-inning support as Frank Schwindel blooped an RBI single for the 1-0 lead. That score held up until the third inning when Diego Castillo connected for a game-tying RBI single. With the score still tied in the eighth inning, Greg Deichmann put Iowa on top for good as his RBI single proved to be the game-winner. Narcisco Crook had two hits, with David Bote adding one.

This is a massive week for the Smokies as they could all, but almost guarantee a playoff spot. Although they lead Rocket City by just one game in the division, the Trash Pandas won the first half meaning the Smokies have to finish in second place to clinch a playoff spot.

That is becoming more likely as they held a six-game lead over Birmingham for that spot and could essentially bury the Barons by the end of the week. Despite an early 3-0 lead, it was the Barons that battled back not once, but several times in the back and forth affair before prevailing late 10-6.

Looking to send a message early and back starter Chris Clarke was Alexander Canario, who unloaded for a three-run shot in the first to put the Smokies in front 3-0. It was the 29th homer for Canario and 22nd with Tennessee as he leads the Cubs organization in homers.

For the most part, Clarke has been pitching exceptionally well since arriving in AA, but this was not one of his better outings as he not only gave up the lead in the bottom of the first, but allowed four runs in three innings as the Smokies trailed 4-3 after two innings.

It took five innings for them to draw, even with Jake Slaughter cashing in with a sacrifice fly to tie things up 4-4. Give credit to Peyton Remy out of the pen as he tossed three scoreless frames to keep Tennessee in the game and gave the Smokies offense a chance.

His effort was rewarded in the seventh inning when Bryce Ball took a bases-loaded walk to give the Smokies a 5-4 lead, but they wasted a golden opportunity to score more. That proved extremely costly in the end as Birmingham tied things up in the bottom of the seventh before busting the game wide open with a four-run eighth inning, anchored by the Jose Rodriguez three-run shot that gave the Barons a massive 10-6 win. Yonathan Perlaza continues to hit the ball well, leading the way with two hits. Canario, Andy Weber, Chase Strumpf, and Bryce Windham all had hits in the loss.

Not the result we wanted. Back at it tomorrow. pic.twitter.com/GTng6qiyQ9

If you thought Tennessee had a monster series, no series is bigger than the South Bend/Beloit series this week. Losers of four straight, the Cubs have seen their four-game lead in the division disappear as they are now tied with Beloit for the top spot. With last night's win, the Sky Carp have won five straight and have picked the perfect time not only to play their best ball, but to face a struggling Cubs team.

Luke Little made his High-A debut and was the tough-luck loser in this one. Despite allowing two runs in three innings of work, neither were earned as the Cubs dug an early hole they couldn't get out of. Not only did the Sky Carp grab a 1-0 lead off an RBI groundout in the first, but a passed ball in the second led to a 2-0 lead.

South Bend finally broke through in the fourth inning as they used a wild pitch to pull within 2-1. That would be as close as things would get as Zach Zubia delivered the game-winning two-run shot in the sixth to extend the lead to 4-1. Add in a Victor Mesa single in the seventh, and South Bend was trailing 5-1 in the late innings.

The Cubs did manage to get a bit closer, with Pete Crow-Armstrong picking up an RBI single, but it wasn't enough as South Bend fell 5-2. Armstrong and Pablo Aliendo were responsible for four of the team's five hits, with BJ Murray Jr grabbing the other one.

We prefer geese that do migrate. pic.twitter.com/AJ7sBUfFPS

Coming off a terrible week in which the Pelicans played some of their worst baseball, Myrtle Beach started a new week in a positive way. Holding a 4-0 lead entering the ninth, the Pelicans overcame a late Down East rally to pick up a much-needed win.

On the mound was the ace of the Myrtle Beach staff Tyler Santana as he improved to 11-1 on the season. Santana was brilliant again, giving Myrtle Beach six shutout innings with six strikeouts as his ERA fell to 2.28.

Opposing him was Mitch Bratt, who, through four innings, was equally as good and kept Myrtle Beach off the board. That was until the fifth, when the Pelicans scored all four of their runs. Three of those runs came on the Ethan Hearn homer to make things 3-0, while Felix Stevens added a sacrifice fly to put Myrtle Beach up 4-0.

Given how Santana has pitched this season, four runs is more than enough, and that was looking to be the case with Myrtle Beach leading 4-0 in the ninth. Down East did a great job making some late-game noise, with Miguel Villaroel ending the shutout bid with an RBI single to bring things within 4-2. Thankfully, Andricson Salvador took care of the rest as he picked up his first save of the season.

Back in the W column.

While there is still over a month of action left in full-season ball, the Rookie Leagues are down to their final week of games, where it looks like none of the Cubs teams will be making the playoffs. In the ACL, the Cubs were finally cooled off as the Reds took them out 6-2.

Pedro Ramirez went 2-4 with an RBI in the loss, with Rafael Morel adding the other RBI. Brennen Davis and Reggie Preciado combined to go 0-6, with 17th round pick Andy Garriola going 0-3 in his season debut. Things were not much better in the DSL as the DSL Blue squad fell to the Mets 5-4, with DSL Red losing 6-3 to the Brewers.

#Cubs fans! Here’s a look at 2022 draftee Haydn McGeary and Top prospect Cristian Hernandez barreling back to back hits! pic.twitter.com/dS2VeuG7cL

#Cubs pitcher Kevin Valdez in #ArizonaComplexLeague action on Saturday. Valdez began the year in the DSL and was dominating there, so he received the call to the ACL. #CubsProspects #ACL2022 pic.twitter.com/ouj0rVAbCt