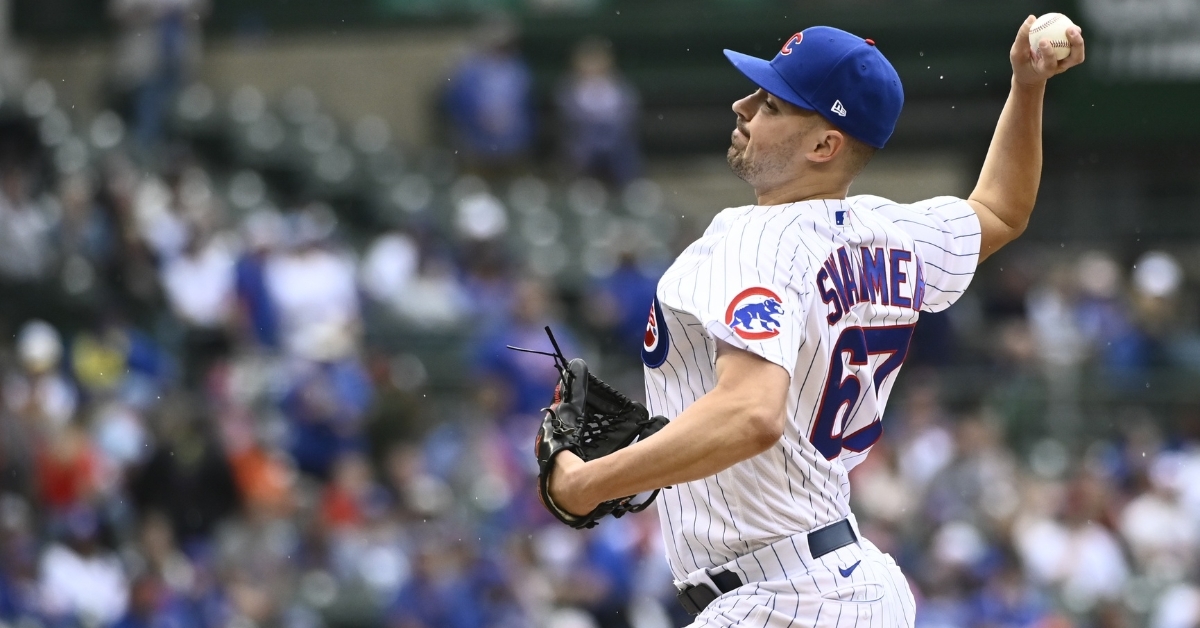 For the most part, Tuesday was all about pitching as the Cubs system set the tone with theirs. Typically when you get strong pitching at the Minor League level, wins will follow, as the Cubs posted a perfect 4-0 record on the night.

It has been a while since the Cubs could say they won via their pitching. Well, that was the case on Tuesday as a four-run third inning would be all the Cubs offense in the 4-2 win. Matt Swarmer continues to build back his arm strength since returning to AAA and gave the Cubs four shutout innings with six strikeouts. Jonathan Holder and Brendan Little also had scoreless appearances for the Cubs.

From an offensive side of things, all four of the Cubs runs came in the third inning, which was enough for them to pick up the win. Darius Hill started things in that inning as his RBI double put the Cubs in front for good 2-0. Alfonso Rivas followed that up with a game-winning RBI double to make things 3-0 ahead of the Narcisco Crook double to put Iowa in front 4-0.

Miguel Hernandez got Louisville on the board with an RBI groundout in the fifth inning, while Ronnie Dawson added an RBI single off of Ben Leeper in the ninth. Regardless, it wasn't enough as the Cubs took game one of the series. Rivas continues to hit well since returning to AAA as he lead the way with three hits. Hill, Jared Young, and the recently promoted Luis Vazquez also had multi-hit nights for Iowa.

Looking to keep their lead in the division standings, the Smokies received a great start from Chris Clarke while a pair of two-run innings provided them with all the offense they would need. After failing to win a game with South Bend, Clarke has been on a roll with the Smokies.

After giving Tennessee six innings of one-run ball with five strikeouts, the big right-hander improved to 6-3 as his great season continues. Clarke didn't need a ton of support, and the Smokies gave him all he would need in the first three innings. Not only did Zach Davis put them in front for good with an RBI single in the second, but Yonathan Perlaza added an RBI single later in that inning, which served as the winning run.

Moving to the third inning and you had Chase Strumpf double the lead as his 18th homer put the Smokies up 4-0 as they wouldn't score the rest of the way. They wouldn't need to, as the Braves managed just one run off Tennessee pitching, with that coming off Clarke in the sixth off a Javier Valdes homer. Perlaza added two more hits to lead the way as Bryce Ball joined him.

In what could be the marquee series of the week, the Cubs opened up a massive early lead only to watch the bullpen blow it late. Fortunately for the Cubs, they kept their composure as they took down the Rattlers 8-7 in 10 innings to extend their Midwest Division lead.

Despite the Cubs backing Dalton Stambaugh with plenty of support, the right-hander earned a no decision giving the Cubs 4 2/3 innings of two-run ball before turning it over to Zac Leigh and the pen. Jordan Nwogu gave the Cubs the lead early as his first-inning homer put South Bend in front 2-0. A second-inning Fabian Pertuz single and third-inning Yohendrick Pinango homer pushed the lead to 4-0 as the Cubs offense was off and running early.

Pics from South Bend at Appleton - 1/4

Looking to put the game away in the fourth, Pertuz showed great hustle to beat out an infield RBI single before coming home on the long homer by Pete Crow-Armstrong to put the Cubs in front 7-0.

The third-ranked @Cubs prospect muscles his eighth long ball for the @SBCubs over the wall in right-center. pic.twitter.com/OfR3sdfqIf

This was when the game started to turn as the Rattlers were gaining momentum for a comeback bid.

That comeback started in the fifth when Albert Cipion showed off the wheels for the two-run RBI triple. Still trailing by five in the eighth, the Cubs learned firsthand how tough the Rattlers could be as doubles from Zavier Warren and Joe Gray Jr brought Wisconsin to within 7-4. Then with one swing of the bat off Michael McAvene, this game was tied as Darrien Miller took one out to dead center to completely shock the Cubs.

In danger of letting a massive lead get away, the Cubs showed incredible poise, which plays into why they are a first-place club. With the infield drawn in, BJ Murray Jr smoked a one-hopper too short as Pablo Aliendo managed to beat the throw home to put the Cubs back in front. Sheldon Reed took care of things from there as he retired the Timber Rattlers in order to secure the enormous win.

Sometimes, all it takes is one run, and for the Pelicans, that is all they would need. With Luke Little getting the start and setting the tone with 3 2/3 scoreless frames, the Pelicans knew their pitching was capable of keeping Columbia in check.

The problem was Luinder Avila was equally ready for the task at hand as he tossed seven shutout innings of his own to keep the Fireflies within striking distance. It wasn't until the eighth inning when the Pelicans managed to bring home the only run as James Triantos worked a bases-loaded walk to pick up the win. Myrtle Beach had five hits in the win, with Ethan Hearn picking up three.

Wetzel to Hearn to keep it scoreless! pic.twitter.com/rTTzcRDyOY

Not only did the Cubs full season leagues put on a show, but so did the rookie league teams as they posted a 3-0 record. That gave the Cubs a 7-0 system record for the first time all summer.

The third-ranked @Cubs prospect muscles his eighth long ball for the @SBCubs over the wall in right-center. pic.twitter.com/OfR3sdfqIf

It is always good to beat the Brewers, even if it is just a minor League game, as the Cubs walked off the Brewers 3-2. Recently signed Grant Kipp made his debut and tossed two scoreless frames. He gave way to Manny Rodriguez and Brad Deppermann as both began their rehab assignments. On the strength of a pair of homers, the Cubs built a 2-0 lead with Pedro Ramirez going yard in the second and Miguel Fabrizio in the sixth.

Unfortunately for the Cubs, the Brewers didn't want the game to end as Ernesto Martinez tied things up in the seventh with an RBI single, forcing the Cubs to bat one last time. Not only was that ok with the Cubs, but it was Raino Coran coming through with the walk-off single to lift the Cubs to the 3-2 win.

This was an all-around complete game effort for the Cubs as they made quick work of the Mets 6-1. Despite trailing 1-0 early on costly error, it was the Cubs who took the lead for good in the second, with Julio Valdez picking up an RBI single ahead of the game-winning sacrifice fly from Luis Maza.

The Cubs added to that lead in the fourth and essentially put the game away with a four-run inning. Erbin Jaque and Alexis Hernandez had RBI singles in that inning, while Daniel Benschop and Adan Sanchez took bases-loaded walks. Jaque led the way with two hits.

Sometimes it is better late than never, and that was the case in this one for the Cubs. Trailing 2-1 and down to their final at-bats, it was the Cubs offense who laughed last as their six-run seventh inning paved the way to the 7-2 win. Credit Eligio Paredes for helping set the tone as he gave the Cubs four solid innings before handing things off to Zhiorman Imbriano for the final three.

The Cubs wasted little time grabbing the lead as Josefrailin Alcantara picked up a first-inning RBI groundout for the 1-0 lead. Not only did the Yankees respond with a sacrifice fly from Ramiro Altagracia, but an error on the same play allowed for two runs to score as the Cubs trailed 2-1. Those were the game's lone runs until that massive seventh inning as the Cubs picked the perfect time to get hot.

With Albert Belliard tying things up with a bases-loaded hit by pitch, it was the Moises Febrillet sacrifice fly that gave the Cubs the lead for good 3-2. Jefferson Rojas followed that up with a two-run single to make things 5-2, with Alcantara capping off the inning with a two-run triple.