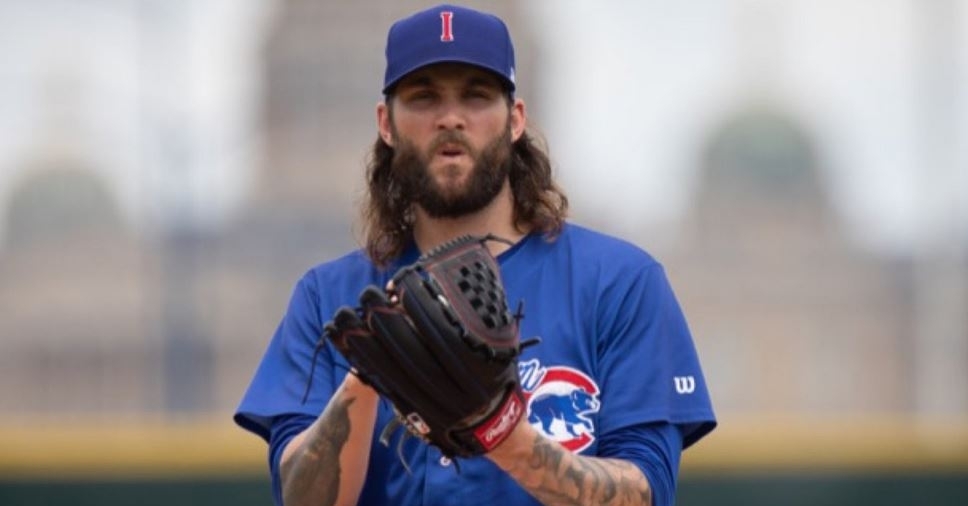 It's not too often you have a perfect night, let alone go 6-0 across the evening on the farm. Well, that is exactly what the Cubs did last night, as all five teams in action won their games, with one team picking up a doubleheader sweep.

It led to a rare 6-0 night on the farm, which helped divert attention away from another Cubs loss on the road. Things have been trending in the right direction lately, and Cubs fans should be encouraged by what they have seen.

Sometimes, it isn't how often you score, but how much you can capitalize when you score. That was the case for the Cubs as they only needed two innings of scoring to pick up a 5-2 win over the Indians and even the series up. Trevor Williams continued his rehab assignment and is showing encouraging signs.

He went five innings allowing an unearned run on just two hits to go with three strikeouts. He has now thrown seven innings in his two appearances and has yet to yield an earned run. Look for him to make one more start before returning.

Defensively, Iowa made it challenging for Williams and the rest of the staff as they committed three errors, one of them led to a second-inning run with T.J. Rivera connecting for an RBI double.

Fortunately, the Cubs offense was having none of it as they wanted to give Williams the most support possible. Nick Martini gave the Cubs the lead for good with a two-run double in the third. That was followed by the Trent Giambrone single as his RBI was the game-winner with the Cubs up 3-1. The Indians wouldn't go away quietly with Christian Bethancourt going deep off Joe Biagini in the sixth to close the cap within 3-2.

Looking to finish Indianapolis off, Iowa received solo shots from Alfonso Rivas and Tony Wolters in the seventh as they capped off a 5-2 win. Along with Williams making his rehab start, Dillon Maples continues to go about his business striking out two in 1 2/3 innings of work. Nico Hoerner continued to put in his work from the leadoff spot, going 1-5, while Abiatal Avelino, Rivas, and Wolters all had two hits.

We evened the series against Indy with a 5-2 win! pic.twitter.com/AFeAjX1dry

Whatever Mark Johnson said to his team before their series with Rocket City has worked as Tennessee pick up another win 9-2. That puts them at 3-0 in the series after winning just two of the first 12 games. Dakota Chalmers only lasted 2 2/3 innings, but he pitched well, limiting the Trash Pandas to one hit while striking out four before turning things over Juan Gamez, who earned the win in relief.

Not only did Tennessee get off to a fast start with an error, putting them on the board in the second, but their offense wouldn't stop there with Christopher Morel belting his seventh homer of the season to make things 3-0. Morel was just getting started, as he connected for his second homer of the game one inning later, and coupled with a Darius Hill RBI single, the Smokies led 6-0.

Not one, not two, not three, BUT FOUR home runs during game one! #GoSmokies #SmokiesBaseball #SmokiesWin pic.twitter.com/ohdipNuZqB

After Luis Aviles Jr. picked up a Sacrifice fly to put the Trash Pandas on the board in the fifth, the Smokies played long ball again with Chase Strumpf and Tim Susnara going deep to extend the lead to 9-1. Aviles Jr added as second sacrifice fly in the seventh, but the Smokies still had more than plenty of offense to win.

Pitching was undoubtedly the theme for the Smokies on Friday, as they capped off the doubleheader sweep with a three-hit shutout 2-0. Javier Assad was more than impressive, dealing six innings of two-hit baseball to go with three strikeouts. His ERA has fallen to 3.95 on the season after three strong starts in a row.

Morel had a night to remember, as he hit his third homer of the day with a solo shot in the first, giving the Smokies all the support they would need 1-0.

Since returning to the lineup a few days ago, Jared Young has seen the ball exceptionally well, going deep for the first time in the fourth. The Smokies were fortunate to have strong pitching with just three hits as they capped off an impressive sweep.

After getting swept in a doubleheader on Thursday, the Cubs found the winning formula on Friday, downing the Captains 5-3. Derek Casey continues to be the ace of the Cubs staff, twirling six innings of three-run ball despite only two runs being earned. He walked one and struck out six as he continues to show his potential as a starter.

Early scoring and home runs were the theme for the Cubs all night long in the system, with Nelson Velazquez going deep for the ninth time this season in the first, giving the Cubs a 2-0 lead. After Jose Tena made things 2-1 in the second with a single, Quentin Holmes tied things up in the fourth with a sacrifice fly.

Looking to seize control once again, Josue Huma singled in the fifth to put South Bend back in front 3-2, only to have Raynel Delgado tie things up 3-3 in the sixth with a sacrifice fly. Hoping to back Casey for the job he did, Lake County helped the Cubs out as a passed ball in the seventh led to the final two runs paving the way for the Cubs 5-3 win.

The Cubs only needed five hits, but most of them were quality hits, with Velazquez and Huma picking up three RBIs with their hits. Edmond Americaan, Yonathan Perlaza, and Bradlee Beesley recorded the other three hits, while Delvin Zinn and Jake Slaughter were hitless.

Derek Casey grabs his fourth win and Eury Ramos earns his fourth save in the Cubs first win of the series!!#SBCubs | #CubTogether pic.twitter.com/JMhvtUIQeE

The Pelicans continued to be tough for the Wood Ducks and made life difficult again with a 7-2 win. Manuel Espinoza battled command issues all game long, but still did enough to get through five innings allowing just one unearned run on two hits to secure the win. His ERA fell to 3.45 on the season as he has emerged as the team's ace.

It three innings for either team to land on the scoreboard, but once the Pelicans did, they seemed to find the right formula. Patience was the key early on, with Matt Mervis and Jacob Wetzel taking bases-loaded walks to give the Pelicans a 2-0 lead. Obie Ricumstrict picked up a bases-loaded walk for Down East in the fourth as the Wood Ducks climbed within 2-1.

The fifth inning is when the Pelicans did the most damage as they busted the game open with a three-run inning. It started with a Jordan Nwogu double as he seems to be figuring things out at the plate before coming home on an error. Ryan Reynolds worked the third bases-loaded walk of the night to put the Pelicans on top 5-1.

After a wild pitch in the top of the eighth made things 5-2, the Pelicans had an answer, with Flemin Bautista picking up a sacrifice fly and Mervis ripping a triple to propel the Pelicans 7-2. Ed Howard had his best game as a pro, going 4-5 out of the leadoff spot to set the tone for the offense.

.@ehowardIV is good at baseball.

A four-hit night including this triple? You bet.

Crack of the Bat Play of the Game | @VinesPlumbingSC pic.twitter.com/Z7JMLnlX0n

Jacob Wetzel and Jonathan Sierra were the only players held hitless as the Pelicans offense was alive and well.

What a start to the Fourth of July weekend!

It took a while for the Cubs offense to get going, but better late than never. The Cubs pushed across eight runs in the fifth and sixth innings to erase an early deficit and pick up the 8-2 win. After Joel Machado delivered a strong four-inning start, Alberto Sojo closed things out in relief while the offense went to work.

Javeyan Williams gave the Giants an early 1-0 lead in the first when he took Machado deep for his first homer of the season. With the score still 1-0 in the fifth, the Cubs offense finally came to life as they stormed past the Giants. A Miguel Fabrizio fielder's choice put the Cubs on the board before bases-loaded walks to Juan Mora, and Malcom Quintero made things 3-1. Ismael Mena pushed the lead to 4-1 with a single before another bases-loaded walk to Jose Lopez gave the Cubs a 5-1 lead.

One inning later saw the Cubs offense at it again, with Mora connecting for an RBI single ahead of the Malcom Quintero sacrifice fly. Add in a passed ball, and the Cubs were in complete control 8-1. Jean Pena picked up a seventh-inning homer for the Giants, but that wasn't enough as the Cubs improve to 3-1 with the 8-1 win.

The Cubs only had five hits, with Reggie Preciado collecting two of those. Mena, Fabrizio, and Juan Mora collected the final hits, with Owen Caissie going hitless despite drawing two walks.