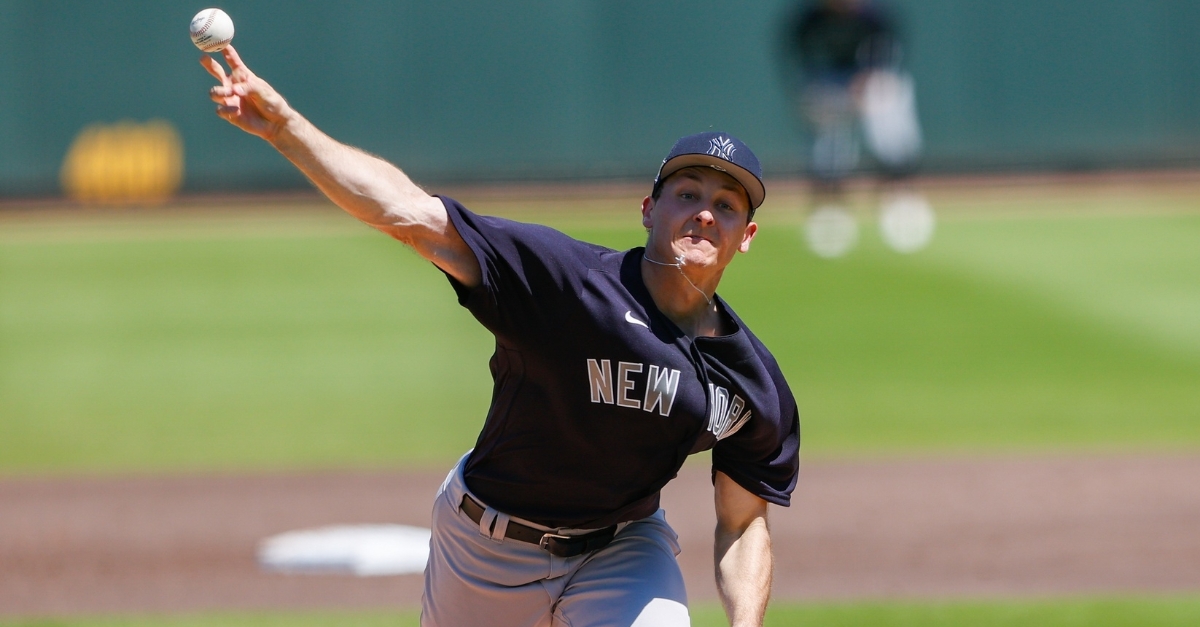 After coming away with an unbeaten night on the diamond Tuesday, the Cubs farm system was back in action Wednesday with five games on the docket. The results were not as good, but no one expected them to run the table, especially with a pair of playoff teams playing against them. Still, the Cubs posted a 3-2 mark and have gotten off to a great start this week.

One night after being shut out by the Cubs, Columbus returned the favor and downed Iowa 7-0. It was a rough night for Anderson Espinoza, who was tagged for six earned runs in just 2 2/3. Take that away, and the Cubs pitching was outstanding, especially Hayden Wesneski, who tossed five scoreless frames of relief.

Trailing 1-0 after the Brayan Rocchio homer in the first, Columbus busted things wide open in the third as they scored six times in that inning. RBIs from Bo Naylor and Gabriel Arias started things off before the wild pitch made things 4-0. However, the big blow came from Ernie Clement as he capped off that frame with a three-run shot to push across the game's final runs. With just three hits, the Cubs couldn't get much of anything done as Matt Mervis, Esteban Quiroz, and Luis Vazquez had those hits.

Columbus evened the series with a shutout victory tonight. pic.twitter.com/NqFBmNnjsx

Coupled with another Birmingham loss, the Smokies shaved two games off their magic number and extended their lead over the Barons for the second-half playoff spot. At long last, Riley Thompson landed in the win column as he got through five innings for the second time this season and did so without allowing a run. Thompson struck out three before Peyton Remy, and Hunter Bigge finished things off.

From an offensive side of things, runs were hard to come by as Dylan Dodd was near lights out in his six innings as he struck out nine hitters. Dodd fell victim to one RBI hit as the Nelson Maldonado RBI double in the second gave the Smokies a 2-0 and proved to be the winning run in the game.

That score would hold until the seventh, when Bryce Windham connected for an RBI double of his own to push the lead to 3-0. Mississippi would make things interesting off Biggie late, using a pair of walks and an RBI single from Logan Brown to pull within 3-1 before falling by that score. Zach Davis led the way with two hits, while Maldonado, Windham, Andy Weber, and Jake Slaughter all got in on the action.

Another day, another win for the Cubs as their magic number dropped to five on Wednesday. Led by another strong pitching performance and some timely hits, the Cubs managed to take down the pesky Lugnuts by doubling them up 4-2.

Wade Miley was summoned for the start, and although he went 3 2/3 allowing just two runs, he didn't qualify for the win. That went to Porter Hodge, who pitched the final five innings and allowed three hits with six strikeouts to lower his ERA to 1.78.

With the Cubs in front 1-0 early after a first-inning error, Lansing battled back to take the lead as the Sahid Valenzuela groundout tied things up before the Cooper Bowman single put the Lugnuts in front 2-1.

Not only was that the last of the runs for Lansing, but Hodge came into take over in the fourth and gave the South Bend offense a chance to get it done. The BJ Murray Jr homer in the third to tie things up certainly helped, but Pablo Aliendo delivered the game-winning hit as his seventh homer lifted the Cubs to the 4-2 win. South Bend was outhit 9-4.

In what could be a round one playoff series matchup, the Riverdogs and Pelicans squared off for a Wednesday doubleheader. Game one was all Charleston as they scored all five runs in just two innings, while a strong pitching performance from Alex Ayala Jr sealed the deal. Ayala went six innings and scattered three hits while striking out seven.

With Michael Arias making his Myrtle beach debut, Ayala was backed by three runs of support in the first as Charleston took a 3-0 lead. Junior Caminero picked up the lone RBI with a single as a pair of double steals led to the other two runs. Myrtle Beach scored their lone run in the fifth on the James Triantos homer, only to see Koen Moreno allow a two-run single to Oneill Manzueta in the bottom of the fifth to cap off the 5-1 defeat.

After falling in game one, the Pelicans flipped the script in game two to earn a doubleheader split. Luis Rodriguez got the start and was pulled after allowing two runs in three innings. He gave way to Chase Watkins, who tossed three shutout innings with four strikeouts to earn the win, while Frank Scalzo Jr notched the save.

Like in game one, it was the Pelicans coming out hot as it was their turn to score three times in the first. Josue Huma got things started with an RBI fielders choice ahead of the Triantos single that made things 3-0. Not only did the Riverdogs pull within 3-1 in the bottom of the first, but after the Willy Vasquez homer in the third, the Pelicans saw their lead diminish to 3-2.

Fortunately for them, the pitching of Watkins and Scalzo Jr took care of the rest while the offense connected for two more runs. The first came off the Kevin Alcantara double in the fourth, while Huma capped off the scoring with a solo shot in the fifth.