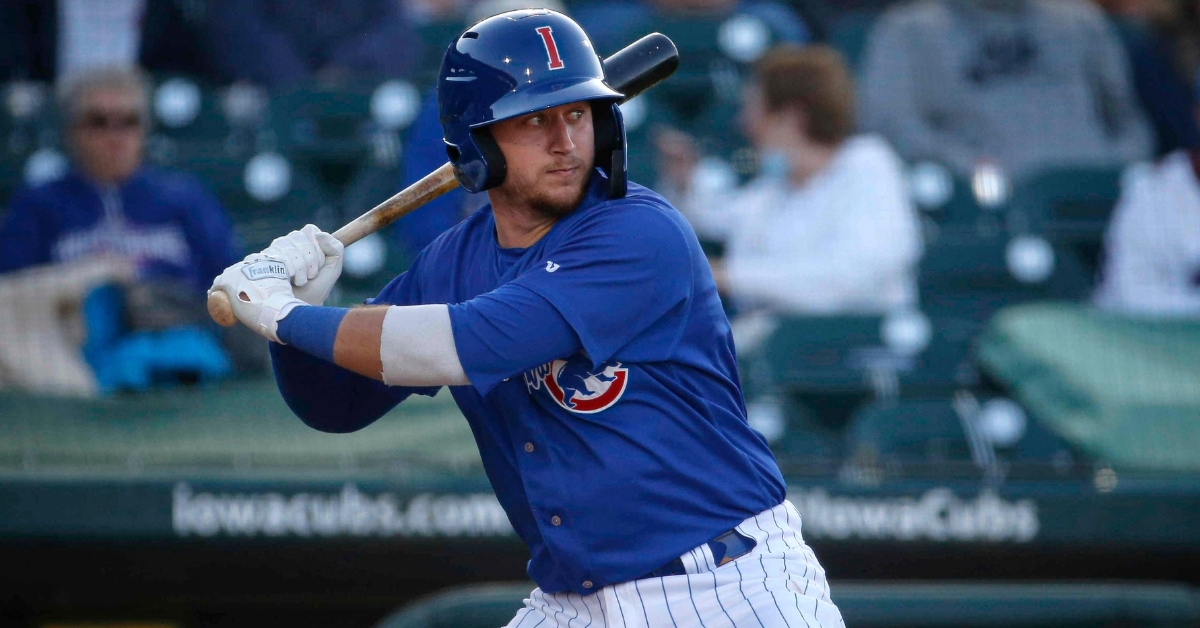 Last night was a rough night for the Cubs farmhands as only one of the four teams in action secured a victory. Although they dropped their contests, the rest were decided by one run as all four games were very competitive and provided the fans with plenty of action.

Iowa continues their hit or miss start to the season, dropping their second game of the six-game set. Top 20 prospect Cory Abbott got the ball coming off a career year to earn organizational pitcher of the year in 2019. Abbott was charged with four runs in six innings; three earned in a losing effort as he walked three and struck out eight in his AAA debut.

Abbott found himself in an early 3-0 hole after two innings as Kevin Kramer picked up an RBI groundout in the first ahead of Chris Sharp's two-run shot in the second. Andrew Romine answered with an RBI single of his own in the second, but a costly Iowa error in the third put the Indians in front 4-1. It was then time for the P.J. Higgins show as he continues to build off a great spring.

P.J. Higgins took his first home run of the year for a ride. @IowaCubs | https://t.co/n8lhNMVfsL pic.twitter.com/JxOQZoShnV

Not only did he pick up an RBI double in the third, but he then decided to show some pop in the fifth as his solo shot brought the Cubs within 4-3. With Robert Stock in relief of Abbott in the seventh, Troy Stokes delivered the game-winning blow as his solo shot put Indianapolis in front 5-3. An Ian Miller single in the night brought the Cubs within one, but they wouldn't get any closer, falling 5-4.

Outside of Higgins and his two hits, Rafael Ortega also continues his blistering start as he two collected a pair of hits. Cameron Maybin is still searching for his first hit despite reaching base on a walk, with Miller and Abalito Avelino collecting a hit in the loss.

Lost a close one tonight. First pitch is set for 7:08 tomorrow night! pic.twitter.com/Lx4Fb7Dar1

The lone victor on the farm Thursday night was the Smokies, who picked up a 6-4 win. Making his season debut was Matt Swarmer, who was demoted after seeing time with Iowa in 2019. Although he lasted just three innings, Swarmer only allowed one run to go with six strikeouts before handing things off to Wyatt Short and the rest of the relief core.

Tennessee struck first in the bottom of the first when the Cubs no. 3 prospect Miguel Amaya ripped an RBI double for his first RBI of the season. Amaya was just getting started on what was a strong night for him. With the game tied 1-1 after the Miles Mastrobuoni third-inning single, Amaya was at it again in the sixth, giving the Smokies a 2-1 lead with his single.

Once again, Montgomery was able to tie things up in the next inning as an error brought things to 2-2, but a Zach Davis single in the bottom half of the seventh gave the Smokies the lead for good as they piled on in the eighth. With plenty of traffic on the bases, both Christopher Morel and Andy Weber picked up singles to extend the lead to 5-2 before a passed ball made things 6-2.

Looking to close things out in the ninth was Ethan Roberts, but he was having trouble finishing off Montgomery. A Chris Betts two-run single made things 6-4, but Roberts recovered to secure the Smokies first win of 2021. Amaya had a monster day to go with those two RBI's going 3-4 at the plate to bring his average to 500.

Morel continues to show impressive growth early on with his RBI single, with Weber also cashing in so far this season. After both Short and Swarmer pitched brilliantly through five innings, Juan Gamez made his Smokies debut and struggled to locate his pitches in 1 2/3 innings of work. Top Prospects Brennan Davis and Brailyn Marquez should be added to the roster in the coming days.

Smokies WIN!! The series is tied up 1-1 as we go into game three tomorrow at 7:00pm inside Smokies Stadium. Secure your seats now using the link below!
??? https://t.co/otcEdBITGi pic.twitter.com/Zp8C8bdvFn

South Bend continues to play well to open the season despite dropping their first game 9-8 last night. The pitching struggled all game long as Max Bain earned the start before yielding to a plethora of bullpen arms.

Down a pair in the first after a Nick Loftin homer, South Bend got right on the attack as the Cam Balego sacrifice fly put the Cubs on the board before tying things up with a Bryce Windham single. A third-inning error not only allowed Tyler Durna to reach first, but it gave the Cubs their first lead of the game 3-2. Quad City answered in the top of the fourth with a Nathan Eaton single, but once again, South Bend was able to hold the lead as Chase Strumpf drove in the go-ahead run with a sacrifice fly.

The fifth inning is when the wheels began to fall off for South Bend as Quad City put plenty of traffic on the bases. That led to a bases-loaded walk to tie the game, a pair of wild pitches, and another error to help push across six runs to put Quad City in front 9-4. However, South Bend refused to quit and proved once again why they are the defending league champions.

A seventh-inning double off the bat of Yonathan Perlaza closed the deficit in half ahead of an eighth-inning error and wild pitch, and just like that, it was 9-8. Down to their last out, Perlaza kept the game alive as his single brought the winning to home plate in Delvin Zinn. Unfortunately, South Bend wasn't able to cash in as Zinn struck out swinging to end the game.

While the first half of the game wasn't too keen on pitching, Garrett Kelly, Eury Ramos, and Jake Washer combined to throw four no-hit innings of relief to give the Cubs a chance. Washer is a former catcher turned pitcher. Offensively, Perlaza led the way as his three hits and two RBI's paced South Bend. Strumpf had a great day going 3-3 with an RBI while Zinn kept his hitting streak. Cole Roederer went hitless.

FINAL: Late South Bend rally falls short after a back and forth contest that lasted 3 hours and 40 minutes. Cubs drop game 3 to Quad Cities 9-8. Gates open for game 4 tomorrow at 5pm with a 7:05pm first pitch.
RECAP: https://t.co/F68LYwYmPa pic.twitter.com/YPEmVQ5PKQ

For the first time this season, the Pelicans gave themselves a chance to win a game late, only to come up short again. It was a pair of three-run innings that did them in after putting forth a great effort. Sam Thoresen got the start and was dealt a rough line allowing a pair of bases-loaded walks in the second as part of a three-run second to give Charleston a 3-0 lead.

It took five innings for the Pelicans bats to come to life, and once they did, it was a brand-new ball game. With Luis Verdugo coming home on a wild pitch to push across their first run, Josue Huma grounded another run to close within 3-2. Much like in the first inning, Charleston capitalized on some sloppy play on the mound as a balk led to another run ahead of a Logan Driscoll double and Diego Infante single to make things 6-2.

A Ryan Reynolds RBI double in the seventh closed within 6-3, but it was in the ninth when things got interesting. Reynolds led things off with a single and then advanced to second when Pablo Aliendo was hit by a pitch. With both runners moving up on a wild pitch, Edmond American grounded out to the pitcher as another run scored. Down to their final out, Darius Hill was once again coming through as his RBI single made things 6-5, which was the final score as Yeison Santana popped out to end the game.

Hill continues to be the table-setter with two more hits as both Reynolds and Verdugo joined him as they provided all six hits. Acquired in the Yu Darvish trade, Santana went 0-4 with a walk and has just one hit this season. Jordan Nwogu had another rough night going 0-4 with three strikeouts, with Yohendrick Pinango going 0-3 but earning a walk.