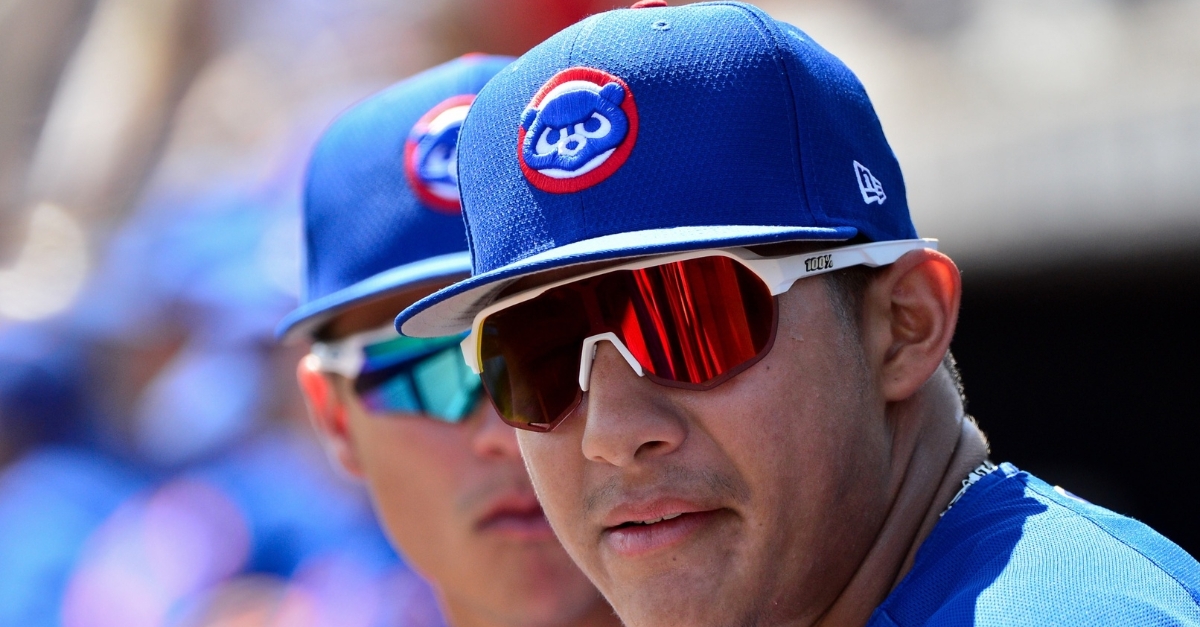 With three of the four teams returning to action Tuesday night following Monday's travel day, it was a quiet night on the diamond with the Cubs system going 1-2 on the night.

Tennessee was the lone team to come away with a win last night. Add that to a postponement, and it was truly a quiet night on the diamond as consistent wins are hard to come by so far this season.

The Smokies returned home for the second time this season and handed Matt Swarmer the ball for the start. In 4 2/3 innings, Swarmer was ok, allowing three runs on five hits in a no-decision effort as he continues to work out some early season kinks. Fortunately for him, the Smokies offense rallied late to bail him out, with Scott Effross lighting it up with 2 2/3 innings of scoreless relief coupled with no walks and six strikeouts as he earned the win.

Early on, it was a back-and-forth game with Lucas Erceg giving Biloxi the 1-0 lead in the top of the second, only to have Christopher Morel answer with a sacrifice fly in the bottom half. Luis Castro connected for the second homer in as many innings in the third to put Biloxi back in front 3-1. Once again, the Smokies rallied in the bottom half as a passed ball coupled with the Miguel Amaya single tied things up 3-3.

Following runs from both sides in the bottom of the sixth and top of the seventh, the Smokies came to bat with things knotted up 4-4. That is when their offense came to life as they put the game away. Amaya capped off his monster three RBI day with a game-winning two-run double, putting Tennessee up 6-4. Morel followed that and his second sacrifice fly of the game as the Smokies led 7-4, giving way to Effross, who closed out the game.

Amaya led the way on offense with a pair of hits to go with three RBI's, but it was Levi Jordan going a perfect 3-3 at the plate to bring his average to 283. Darius Hill went 1-5 with another RBI out of the leadoff spot, with Morel adding two sacrifice flies to go with a hit in the winning effort.

We will say it again, it feels good to be home! #SmokiesBaseball #GoSmokieshttps://t.co/0Ro2hQORWG

The 2019 Midwest League Champions are nowhere to be found in the early stages of the 2021 season as they continue to struggle. After spotting starting pitcher Chris Kachmar a 3-1 lead after one inning, the Dragons began to rally, chasing him after five innings of three-run ball. Dayton then went to work on Samuel Reyes pushing across three runs in the seventh as that would be enough in the 6-5 win.

Down 1-0 in the bottom of the first, the South Bend offense went to work right away, putting Dayton in an early hole. Chase Strumpf would tie things up with an RBI single to left field. He then would come around to score on the suddenly hot Nelson Velazquez RBI single giving South Bend a 3-1 lead. The Cubs continued to make life miserable for the Dragons two innings later when Jake Slaughter connected for his first extra-base hit of the season as his double made things 5-1 after three.

From that point on, it was all Dayton as they erased the four-run deficit with five unanswered runs to end the game. Two of those runs came in the fourth when Jose Tello brought home a pair with an RBI single to make things 5-3. Fast forward to the seventh, and the Dragons were taking it to Reyes as he had trouble getting anyone out.

That led to a Jacob Hurtubise single to close the deficit to 5-4 before Brian Rey capped off the comeback with a two-run double, putting the Dragons on top 6-5. South Bend had a chance to tie things up in the bottom of the eight, but they wasted a leadoff single as the Cubs fell to Dayton 6-5. South Bend outhit Dayton 9-6 in the game, but Velazquez remained red-hot, going 4-4 with two RBIs to lead the way.

Delvin Zinn added a pair of hits from the No. 2 spot, with Strumpf, Tyler Durna, and Slaughter rounding out the hit category. To go with Velazquez and his two RBI's, Slaughter added two, with Strumpf getting the other. Cole Roederer went 0-4 with a walk in the contest as he continues to struggle, hitting just 190 thus far.

Nelson Velazquez went 4-4 with 2 RBI and a run scored in his season debut at @FourWindsField.

Back at it tomorrow for Replica Championship Ring Giveaway night. Gates open at 6pm ET. pic.twitter.com/nsbtpuEpRe

It was nearly a record-breaking night in Lynchburg, but not how the Pelicans would have liked. Despite their pitching rotation allowing just two runs on three hits to go with three walks and nine strikeouts, the Hillcats were much better as that would be all the offense they would need.

Not only that, but they also nearly threw a perfect game as they allowed just two Pelicans to reach base all night with one walk and one hit ending the bid. To make matters worse, the Pelicans struck out 18 times out of a possible 27 outs on Tuesday as they never got anything going in the 2-0 loss. Both Hillcats runs came in the third inning, with Sam Thoresen uncorking a wild pitch to push across the game's first run. Micah Pries added an RBI double later that inning to give them a 2-0 lead, as that would be the final score.

The Pelicans were held hitless through six innings until Yeison Santana led things off with a single for the lone hit. Ed Howard worked a walk in the ninth inning outside of that, and two other Pelicans reached base on errors in what was a quiet night at the plate. Not only did Santana pick up the lone hit, but he was the only one in the lineup who didn't strike out.

Edmond Americaan, Howard, Matt Mervis, and Yohendrick Pinango combined to go 0-14 with one walk and 11 strikeouts. Ethan Hearn went 0-3 with a pair of strikeouts in the eighth hole as he continues to scuffle at the plate.