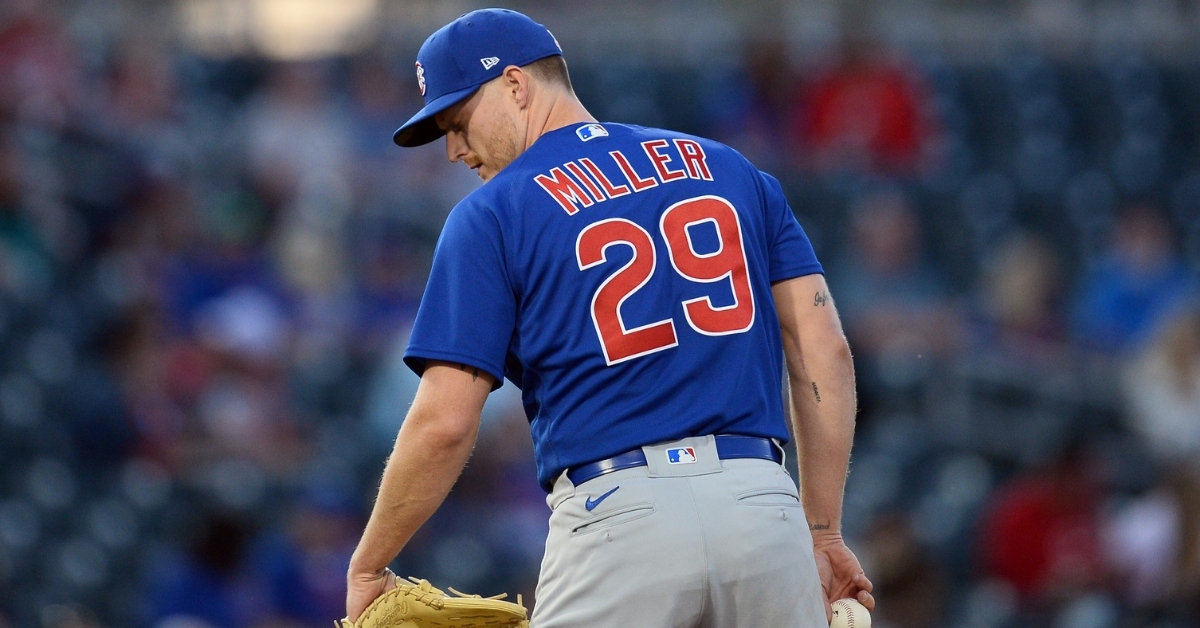 The first official week of the Minor League season ended with a bang, at least on the Cubs side of things. While South Bend had their series finale with Quad Cities rained out, the other three teams took the field, and Iowa was the place to be.

While Iowa was the lone team to bring home a victory on Sunday, they did so by throwing the first no-hitter of the Minor League season with several pitchers combing to get that done. It was a great way to end the first homestand of the season as they get set to hit the road after a travel day Monday.

As mentioned above, it was a historic day in Des Moines on Sunday with the Iowa Cubs no hitting the Indianapolis Indians. Shelby Miller got the start as he is looking to bounce back from a rough first few appearances at the MLB level. Miller threw three solid innings, walking just one and striking out five and looking like the Miller from spring.

Following Miller was Tommy Nance, Brad Wieck, and Ryan Meisinger as that trio combined to finish off the final six innings without allowing a hit, walking just two, and striking out 10. In total, these four walked three hitters to go with 15 punchouts as Nance earned the win and Meisinger picked up the save.

I-Cubs take the series 3-2, with a combined no hitter and the W. @GreatClips Clip of the Game pic.twitter.com/0WQwjKMmZM

With the pitching taking care of everything, the Cubs needed minimal offense to get the job done, with Nance providing the game-winning RBI in the fifth with a sacrifice fly. Abiatal Avelino added a big insurance run in the bottom of the eighth to put Iowa up 2-0 as they were held to just five hits in the win.

Avelino picked up two of the five hits, with Ian Miller, Andrew Romine, and Sergio Alcantara adding the remaining three hits. Rafael Ortega, Cameron Maybin, and P.J. Higgins all went without a hit in the Iowa win.

First no-hitter in the minor leagues this year to win the series? We’ll take it! Your @EMCInsurance players of the game is the entire pitching staff! pic.twitter.com/uJZ5wf8nfT

While the pitching was the name of the game in AAA, that was not the case in Tennessee as the offense stole the show. Sparked by a five-run ninth inning, the Biscuits were able to take a one-run game and turn it into a 10-5 win ending the Smokies three-game winning streak.

From an offensive side of things, the Smokies fell behind the eight ball immediately, with Moises Gomez going yard in the first inning for the 1-0 lead. However, that was just the beginning as the Biscuits build a 4-0 lead heading into the bottom of the fourth. A Tyler Payne sacrifice fly got the Smokies on the board before Levi Jordan added an RBI single to make things 4-2.

After picking up an RBI double in the fourth, Rene Pinto added another RBI with a single in the sixth to make things 5-2. Vance Vizcaino answered that single with a solo shot in the bottom of the sixth to keep Tennessee within striking distance at 5-4. Holding on to that one-run lead, Montgomery busted things wide open in the top of the ninth with Michael Smith, Miles Mastrobuoni, and Dillon Paulson adding RBI hits to push the lead to 10-4. A Connor Myers ninth-inning double capped off the scoring in what was a 10-5 defeat.

Christopher Morel saw his hitting streak snapped, going 0-5 from the leadoff spot, while Jake Slaughter went 1-3 to pick up his first hit of the season. Miguel Amaya was given the day off, while Andy Weber was also held hitless for the first time this season.

Looking to earn a split after starting the season 0-3, the Pelicans offense was held to just four hits before falling 3-0. Manuel Espinoza continues to make a name for himself in the starting rotation, going five innings of one-hit ball, striking out seven, and walking one. He wasn't alone in having a great outing as Jose Miguel Gonzalez tossed two scoreless innings to keep the game tied 0-0 through seven.

Myrtle Beach 0, Charleston 0 in the top of the fifth. #MBPelicans pic.twitter.com/de7WipgNwK

The bottom of the eighth is when the Charleston bats came to life as Eduarniel Nunez struggled in his lone inning. Not only did he serve up the game-winning single to Johan Lopez, but he also served up a two-run shot to Nick Schnell as that was all the River Dogs needed in a 3-0 victory.

Darius Hill continues to be the perfect leadoff hitter for this team, picking up another hit, while Yeison Santana recorded his lone hit of the game with a ninth-inning double. Ed Howard continues his early-season struggles with a hitless two strikeout day joining Yohendrick Pinango in that regard. Jordan Nwogu picked up a hit one again, with Edmond Americaan adding the fourth hit for a Pelicans offense that was quiet.

Final from Charleston. RiverDogs take the first series of the year four games to two.

Good news- we welcome fans back to the ballpark on Tuesday, and can't wait to see everyone. #MBPelicans pic.twitter.com/n6DFyCpowE