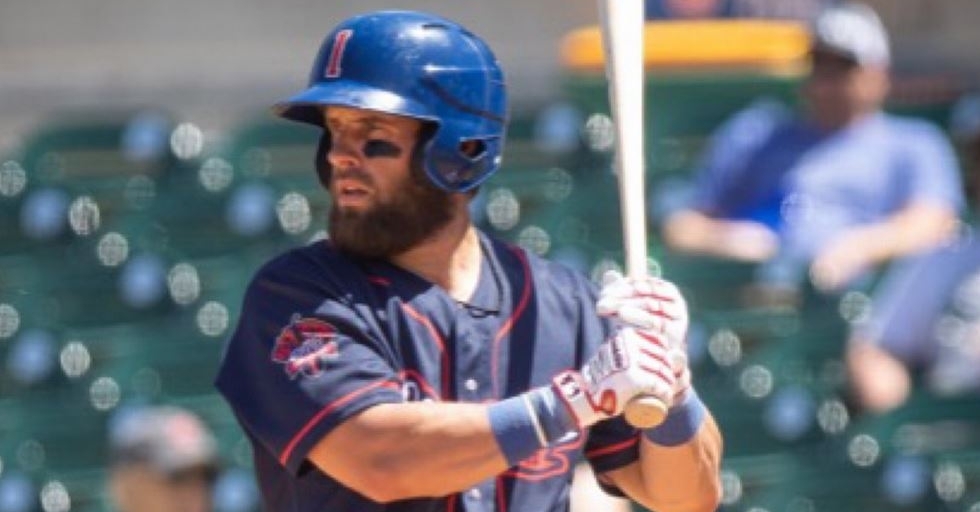 The Cubs couldn't have asked for a better night down on the farm. As a matter of fact, they couldn't have received a better night even if they wanted one. Not only did the organization witness their farm system post a rare perfect 7-0 night, but several of those wins came via the shutout.

With the Cubs returning to the field tonight and the sell-off period beginning, seeing these kinds of results are exactly what this team needs right now. If fans can't get excited about the Major League team, why not watch the minors as they are starting to show signs of life and will be bringing excitement to the ballpark sooner rather than later.

The first two games of the Cubs series at Toledo didn't go as planned, but game three was a different story. Led by strong pitching and a late-game offensive surge, the Cubs got back to their winning ways picking up a 6-0 win. Joe Biagini got the start and gave the Cubs five innings allowing just three hits in a no-decision. Michael Rucker earned the win in relief while Scott Effross and Manuel Rodriguez all saw action on the mound.

It took six innings for the Cubs offense to break through, with Tyler Ladendorf breaking the scoreless tie with his third homer of the season. Little did anyone know that homer was the game-winning run, but the Cubs wanted more. Singles by Alfonso Rivas and Taylor Gushue followed that homer up as Iowa took a 3-0 lead in the seventh.

One inning later saw Ian Miller continue his recent hot stretch with an RBI single before Abiatal Avelino capped off the scoring with an RBI single in the ninth to lift Iowa 6-0. Nick Martini led the offense with three hits, while Avelino and Rivas collected two hits each to lead the way for the offense. Matt Duffy made his first appearance of his rehab stint and managed to pick up a hit.

The Smokies erased a first-inning deficit by scoring 10 unanswered runs to secure the win against the Braves. Peyton Remy delivered one of his better outings of the season, allowing two runs with six strikeouts in 4 2/3 innings, but he did make it through five, so he wasn't able to qualify for the win.

Remy overcame a rough first inning that saw Trey Harris double to give the Braves the lead before a bases-loaded hit by pitch to Carlos Martinez made things 2-0. Fortunately for Tennessee, Remy settled in nicely after that inning, while the offense got rolling in the bottom of the first. With Jared Young cutting the lead to 2-1 in the bottom of the first, Chase Strumpf delivered the game-winning hit as his three-run shot gave the Smokies the lead for good 4-2.

That score would hold up until the sixth inning when once again, it was Young picking up an RBI knock as his single pushed the lead to 6-2. Looking to put the game away in the eighth, the Tennessee offense erupted for four more runs which was started by a Zach Davis homer. Young added his third hit and third RBI of the night shortly after the Nelson Maldonado single capped off the scoring in a 10-2 Smokies win.

All Young has done since returning to the team is hit, and he did just that on Thursday, picking up four hits to go with three RBIs as he is now hitting 417 for the year. Brennen Davis, Maldonado, and Edwin Figuera added multi-hit efforts for the Smokies as their offense was alive and well. Cam Balego made his season debut with Tennessee and went hitless, but did manage to draw two walks.

For the second straight night, the Cubs were able to walk off the Kernels, but this time it was a pitchers duel. With 2019 first-round pick Ryan Jensen on the mound, the righty turned in one of his best starts of the season en route to earning a tough-luck no-decision. Jensen not only made it through six innings but allowed just one run on two hits to go with eight strikeouts. His command was on point and delivered the outing the Cubs have been waiting for.

His lone run allowed came in the top of the sixth when Edouard Julien connected for an RBI double, putting an end to the scoreless tie. South Bend waited long enough to answer as Tyler Durna came through with a double of his own in the bottom of the ninth to tie things up and send the game to extras. With the game tied in the bottom of the 10th, Josue Huma came through with an RBI single as the Cubs capped off another late comeback win 2-1.

With just six hits, the Cubs had to make the most of those, but Edmond Americaan picked up the lone multi-hit game. Duran, Jake Slaughter, Huma, and Ryan Reynolds added the final four hits, with Nelson Velazquez continue to battle through a lengthy slump going hitless again.

While shutting teams out are one thing, the Pelicans did it in a relatively easy fashion allowing just two hits in a 5-0 win. Jose Miguel Gonzalez battled through five walks in 4 2/3 innings of work to allow just one hit in a no-decision outing. He was given some early run support as a first-inning error put the Pelicans up 1-0 before a Jordan Nwogu second-inning homer put the Pelicans up 2-0.

That 2-0 lead continued to grow in the bottom of the fourth, with Luis Verdugo doubling the lead 4-0 with his third homer of the season. Verdugo wasn't done in this one, showing great patience in the fifth, earning a bases-loaded walk as the Pelicans pulled in front 5-0. Jose Almonte and Gabriel Jaramillo finished things off from there, allowing just one hit over the final four-plus innings to secure the shutout.

Kevin Made and Verdugo provided a majority of the hits as they combined for four of the teams seven hits, with Verdugo bringing home three runs. Nwogu joined Ezequiel Pagan and Yohendrick Pinango to pick up the final hits while Ed Howard went hitless.

We could get use to waking up to @sam_weiderhaft breaking down wins against the 'Flies.

It's not too often you shut anyone out in the ACL, but it is even harder to do it posting just one run. That is exactly what the Cubs did as their 1-0 victory gave the Cubs three shutouts for the day. Tyler Schlaffer has been excellent this season, improving to 2-1 after dealing five shutout innings with seven punchouts and just one walk.

He only needed one run of support, with Owen Caissie providing that with a second-inning homer for the 1-0 lead. Following Schlaffer and his five innings, the Cubs received a pair of scoreless relief appearances, with Wilfri Figuereo and John Oquendo pitching two innings each to secure the win.

The Cubs managed just three hits, with Ismael Mena and Yeison Santana joining Caissie with the hits. Reggie Preciado suffered a rare hitless night, but is still hitting 370 for the season as all four prospects acquired in the Yu Darvish deal were in the lineup yesterday.

In a battle of winless teams, the Cubs were able to get on the board, topping the Phillies 11-9. Things didn't start off so hot for the Cubs, as the Phillies took a 2-0 lead in the first, with Jehisbert Sevilla picking up an RBI double before an error made things 2-0. The Cubs were able to even things up in the second off a Starlin Mateo single only to have the Phillies answered with four runs, courtesy of the Adony Mejia double and Yemal Flores homer to take a 6-2 lead.

Down 6-3 in the fifth, Moises Ballesteros doubled home the Cubs fourth run before the Pedro Ramirez single made things 6-5 in the sixth. The Cubs continued their comeback effort with Wilmer Bolivar tying things up in the seventh before Cristian More gave the Cubs a 7-6 lead in the eighth. The big blow of the game came off the bat of Brayan Altuve as his grand slam put the Cubs up 11-6. The Cubs were able to withstand a late Phillies rally and took care of business 11-9.

The offense was certainly alive and well for the DSL Cubs, as they picked up a 9-4 win for their first win of the season. All the Cubs needed was one inning to do most of their damage, with six of their nine runs coming in the second. Jerry Torres opened the scoring with an RBI single before a bases-loaded walk to Raul Guzman made things 2-0.

One inning later saw Torres pick up his second RBI hit of the day before the Rays answered in the top of the fourth. Ezequiel Alvarez singled home a pair of runs with the bases still loaded before advancing to third on a throwing error pushing across the game's fifth run. Christian Hernandez capped off the huge inning with a sacrifice fly as the Cubs were rolling 6-0.

Sparked by the Santiago Millan homer, the Rays pulled within 7-3 in the fifth, with Millan adding a single and responsible for all three RBIs. Sensing some of the momentum beginning to shift, Alvarez and Hernandez added sixth inning RBI singles as those were the daggers in the 9-4 Cubs win. Not only was Alvarez one of two players with multiple hits, but he led the offense with three RBIs. Torres was the other player to record multiple hits while also adding a pair of RBIs of his own. Hernandez continues to go about his business, picking up a hit and an RBI to bring his average to 300.