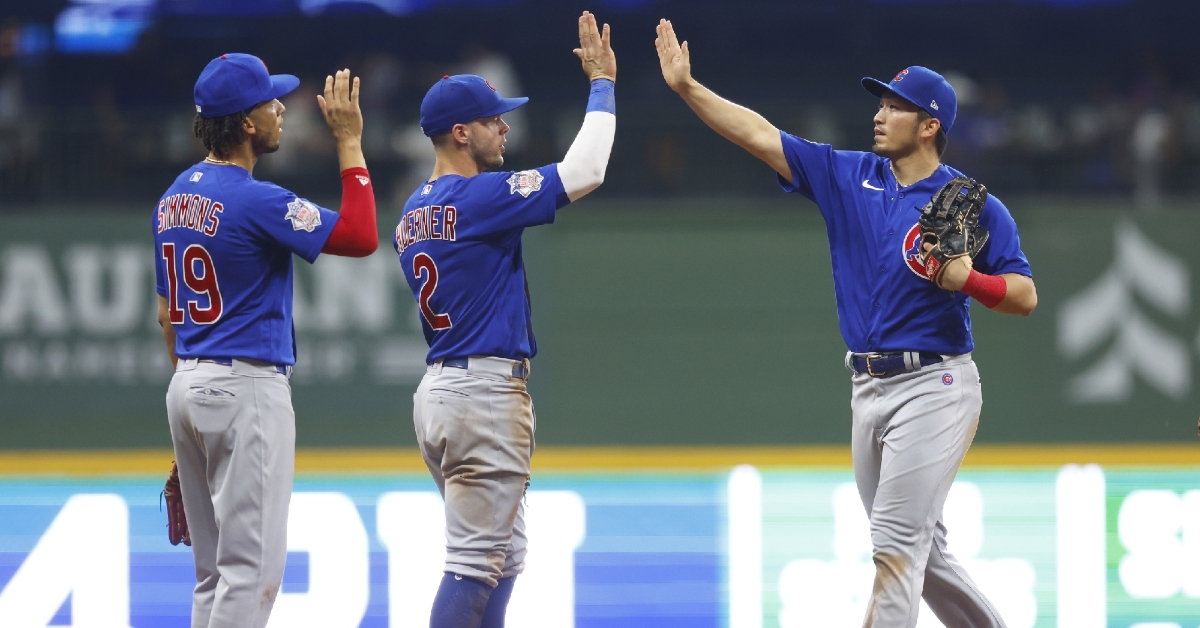 MILWAUKEE - Sometimes, all it takes for someone to get back on track is facing familiar faces. That has been the case for the Chicago Cubs (33-48) and their ace Kyle Hendricks. Across his last two starts against the Cardinals and Reds, Hendricks has looked like an ace dominating both teams in those starts.

Looking to make it three great starts in a row, Hendricks faced another familiar foe at American Family Insurance field Tuesday as he took on the Milwaukee Brewers (47-36). Although Hendricks only allowed two runs, his high pitch count forced him from the game after just three innings. Give credit to the bullpen as they managed to keep the Brewers offense quiet for six innings which helped them pick up the 8-3 win.

For Hendricks, all the damage he allowed came in the first inning, which continues to be a strange issue for him when he struggles. Walking Christian Yelich to start the game doesn't help, but having Rowdy Tellez connect for a two-run shot to put you in a 2-0 hole three batters in is not good. Take that away, and Hendricks was pretty good as he did allow some traffic, but gutted it out to get through those three innings.

Regarding the Brewers, Jason Alexander was back on the hill, making his second career start against this Cubs team. His first one didn't go so well, but Alexander was keeping their offense in check through four innings in this one. Despite allowing baserunners in the first three innings, Alexander kept the Cubs off the board as he made that 2-0 lead hold up.

It was in the fourth when that shutout went away as a walk to Patrick Wisdom and a hit by a pitch to Alfonso Rivas put the first two men on base with no outs. Add in a Yan Gomes single to load the bases with no outs, and the Cubs were on the verge of a huge inning only to come away with one run on the Nelson Velazquez RBI grounder.

The Brewers had to be feeling pretty good at this point as Alexander worked out of that jam to keep the lead, while the Cubs were turning to Matt Swarmer in the fourth. Granted, the Cubs offense may have failed them in the fourth, but that was not the case during the fifth and sixth innings, when seven runs came across to score.

Three of them crossed home in the fifth as that not only gave the Cubs the lead but also saw them take the lead for good. A one-out fielding error did the Brewers no favors as an Ian Happ double followed that to tie the game. One pitch later saw Seiya Suzuki get into one as he connected for the game-winning shot to put the Cubs in front 4-2. It was Suzuki's second homer in as many games since returning from the IL as he looks as good as he did in April.

One inning after taking the lead, it was the Cubs offense back on the prowl as they wanted to make sure the Brewers were not coming back. Singles from Gomes and Velazquez started things off, while the one-out triple from Rafael Ortega pushed the lead to 6-2. That was also the end of the road for Alexander as the Brewers turned to Brent Suter to stop the bleeding.

After retiring the first batter he faced, Happ worked a walk to extend the inning before Ortega stole home for the second time in his career to make things 7-2. Suzuki kept the line moving and picked up his third RBI in as many innings with a single as the Cubs led 8-2.

With Swarmer coming out to pitch the sixth, the Brewers offense was in business as Swarmer walked the bases loaded without recording an out, which forced David Ross to go to Rowan Wick. Looking to get something going as Wick has endured his worst year as a pro, things could have gotten ugly in a hurry. Instead, Wick induced a lineout and an inning-ending double play to get out of the sixth without allowing a run as the Cubs maintained their 8-2 lead.

A 1,2,3 inning followed that by Wick as this may be the outing to get him back on track for the rest of the season. Throughout the final two innings, the Cubs had an opportunity to add on, but with limited baserunners couldn't cash in as their damage was done for the evening.

Fresh off his recall with Alec Mills hitting the IL was Michael Rucker as he was tasked with getting the final six outs in this one. After a relatively easy eighth, Rucker had to dig deep in the ninth, with the Brewers starting to show a little bit more life at the plate.

With two down in the inning, Jace Pederson kept things alive as his double put himself in scoring position, the first time that had happened since the sixth. Two pitchers later, it was Victor Caratini haunting his former team again as his single made things 8-3, which was the game's final run in the Cubs big win.

Even without Christopher Morel and Willson Contreras in the lineup, the Cubs still pounded out 11 hits to go with their eight runs as Suzuki led the way with two hits and three RBIs. He wasn't alone as three more Cubs had multi-hit games with Ortega, Wisdom, and Happ joining. Hoerner, Happ, and Velazquez rounded out the hits for the Cubs as nearly all of their starters had a hit.