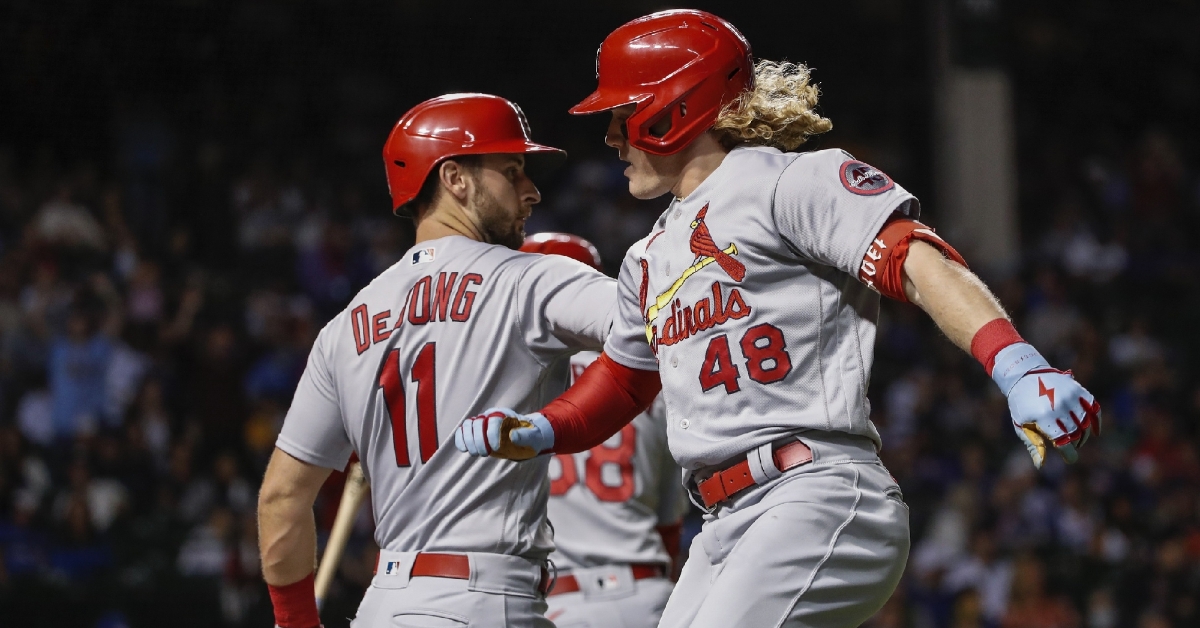 CHICAGO – If the Chicago Cubs (67-87) thought game one of their Friday doubleheader with the St. Louis Cardinals (85-69) was difficult, game two would be a much tougher task. Riding a 13-game winning streak and sending their ace Jack Flaherty to the mound, the Cubs knew they were in for a long night at Wrigley Field as they looked to cool off the hottest team in baseball.

Three weeks ago, most people wrote off the Cardinals as they were sitting at third in the NL Central and fifth in the wild card chase. Well, here we are again as the Red Birds figure out how to get it done time and time again, not only climbing into second place in the NL Central, but grabbing a five-game lead for the final wild-card spot. They have done that with their recent 14-game winning streak, which was extended following the doubleheader sweep of the Cubs 12-4 in game two.

Zach Davies took the ball for the second game and saw his outing rapidly end as he allowed six runs in two innings, which was more than enough for the Cards. Three of those runs came in the first inning when Yadier Molina connected for an RBI double, putting the Cardinals on top for good 2-0. A few pitches later saw Harrison Bader rip a single to center, extending the lead to 3-0 at that point.

Despite the losses piling up, the Cubs can take plenty of moral victories from this stretch as they continue to show plenty of heart. That heart was on display in the bottom of the first when they chased Flaherty after just 1/3 of inning before facing Dakota Hudson. In the process, the Cubs pulled within 3-2 with Patrick Wisdom unloading for a long 28th homer.

Frank Schwindel also had a hit that inning to extend his hitting streak to 13 games, but that was most of the excitement for the Cubs.

Trailing by one after the first, St. Louis began to put the game away, pushing across three more runs in the second, followed by two more in the third. Tyler O'Neill did all the damage in the second, connecting for the three-run shot to make things 6-2 as that was his second homer of the day. Like all good teams do, they get contributions from everyone in the lineup as Lars Nootbaar and Paul DeJong played long ball in the third using a pair of solo shots to make things 8-2.

Refusing to go down without a small fight, Schwindel led the bottom half of the third off with another double before advancing to third on the Wisdom grounder. Ian Happ followed that up with a grounder of his own to bring in Schwindel, bringing the Cubs within 8-3 at that point. Scott Effross did his thing in the fourth, keeping the Cardinals off the board, but a Nootbaar double off Rex Brothers in the fifth extended the lead to 9-3.

With Hudson still on the mound, Matt Duffy opened the bottom of the fifth with an RBI single before advancing to third on the Rafael Ortega double. Schwindel then took one for the team, loading the bases with no outs as the Cubs had their best chance of the night at a big inning. Following a lazy popup from Wisdom, Happ picked up his second RBI of the night with a sacrifice fly, but the Cubs needed a whole lot more, trailing 9-4.

Another positive to take away from this loss was the performance of Trevor Megill, as he continues to pitch well in relief. The numbers may not show as his last appearance against the Twins was rough, but he has tossed a scoreless outing eight of his last 10 times on the mound and continues to get better results.

One of the Cubs more reliable pitchers out of the pen this season has been Adam Morgan, who was called upon the pitch the seventh. The former starter turned left-handed specialist has been counted on by David Ross a lot during the second half and, for the most part, succeeded. Friday was not one of those outings as Bader and Nootbaar greeted him rather rudely with a pair of solo shots to open the inning, extending the Cardinals lead to 11-4.

DeJong followed that up with a single, but Morgan was on the verge of pitching out of the inning without further damage collecting two straight strikeouts. Not willing to let him off the hook quite yet, Mr. Cub killer Paul Goldschmidt delivered another RBI knock as his double capped off the scoring with the Cardinals on top 12-4.

Duffy added a leadoff double to start the bottom of the seventh, but was stranded there as the Cardinals can't seem to be stopped sweeping the double-dip and winning 14 straight.

These two teams will face off tomorrow afternoon with Adrian Sampson (1-2 2.84 ERA) going up against Jon Lester (7-6 4.59 ERA). Since being called up to the Cubs, Sampson has been excellent and has looked great in his last two starts. On the other hand, Lester has taken his bumps along the way, but is pitching like playoff Lester in September, which has been huge for the Cardinals. First pitch is set for 1:20 PM.