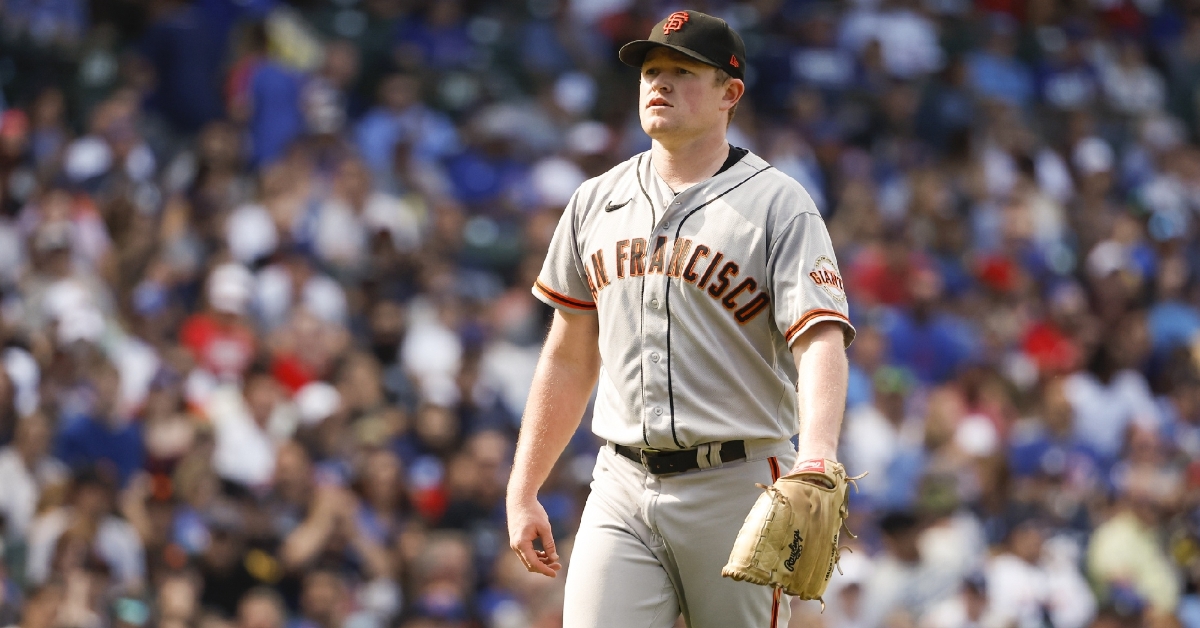 CHICAGO - After coming away with a much-needed win on Friday, the Chicago Cubs (58-81) were back at it again at Wrigley Field on Saturday for game two of their weekend set with the San Francisco Giants (66-73). Before the game, the Cubs received some bad news as Nick Madrigal was placed on the IL with a groin injury.

Madrigal was starting to live up to his expectations as a hitter the past month, as this injury will be a giant setback for him. In the process, the Cubs best home run hitter, Patrick Wisdom, was activated from the IL, and it will be interesting to see how David Ross uses his roster the rest of the season.

In what was expected to be a great pitcher's duel, you had a battle of right-handers on the mound as Logan Webb matched up with Marcus Stroman. For the most part, fans got exactly what they expected, but the four-run second inning did the Cubs in as they fell to the Giants 5-2.

Stroman has been up and down at best this season, and this was one of those down starts. He managed to get through just four innings and was charged with four runs, all of which came in that second inning. Even at that, his ERA is still under 4.00, sitting at 3.91 for the year.

When facing a guy like Webb, you need to capitalize when you have an opportunity, and the Cubs did that right away, but that was it. Webb gave the Giants seven innings of two-run ball to lower his ERA to 2.88 for the season and struck out six to improve to 13-8.

With the game tied 0-0 in the bottom of the first, the Cubs struck first as that continues to be a trend this season. Nico Hoerner aided in the game's first run with his one-out single, but the Ian Happ RBI double put the Cubs in front 1-0. Unfortunately, that lead didn't last long, as the Giants came out swinging at the top of the second.

Joc Pederson led off the second inning with a double and came around to score on the David Villar double two batters later to make things 1-1. With two down and runners on the corners following a Tommy La Stella walk, the Giants took the lead for good as a rare balk led to the Giants second run.

That was followed by a Joey Bart homer, and just like that, the Giants opened up a comfortable 4-1 lead and looked as if they were about to blow things wide open. Looking to bounce back in the bottom of the second, Alfonso Rivas gave the fans some excitement as his one-out triple helped set the Cubs offense up again. However, with a throwing error on the same play, Rivas turned what was a triple into a little league homer to bring the Cubs within 4-2. David Bote followed that triple up with a single, but the Cubs could not do further damage.

With one down in the third, the Giants offense was off and running again, with Pederson and Brandon Crawford connecting for singles only to see Stroman work out of the jam. Stroman continued to battle through some traffic for another inning before being lifted, but the Cubs offense was held in check by Webb as the right-hander was on top of his game the rest of the way.

Despite all the struggles the Cubs bullpen has had this season, their bullpen did a much better job in this one, and it all started with Sean Newcomb in the fifth. Not only did he toss a scoreless fifth, but he tossed two additional scoreless frames to give the Cubs a much-needed extended relief outing of three innings.

Apart from the first two innings, the Cubs offense was unable to get much of anything going, as they wasted a Happ double in the sixth to remain down by a pair. Rivas added a single in the seventh to give the Cubs another baserunner, but the offense again stalled when it needed another hit.

Michael Rucker was called on to pitch the eighth inning and looked to continue the scoreless stretch that Newcomb started. After retiring the first two hitters with a double play helping that, he was on the verge of doing just that, only to have Villar connect for a solo homer that drove in the game's final run. San Francisco put a pair of runners on base in the ninth only to have a double play kill that rally, but it didn't make a difference as the Giants took care of business 5-2.