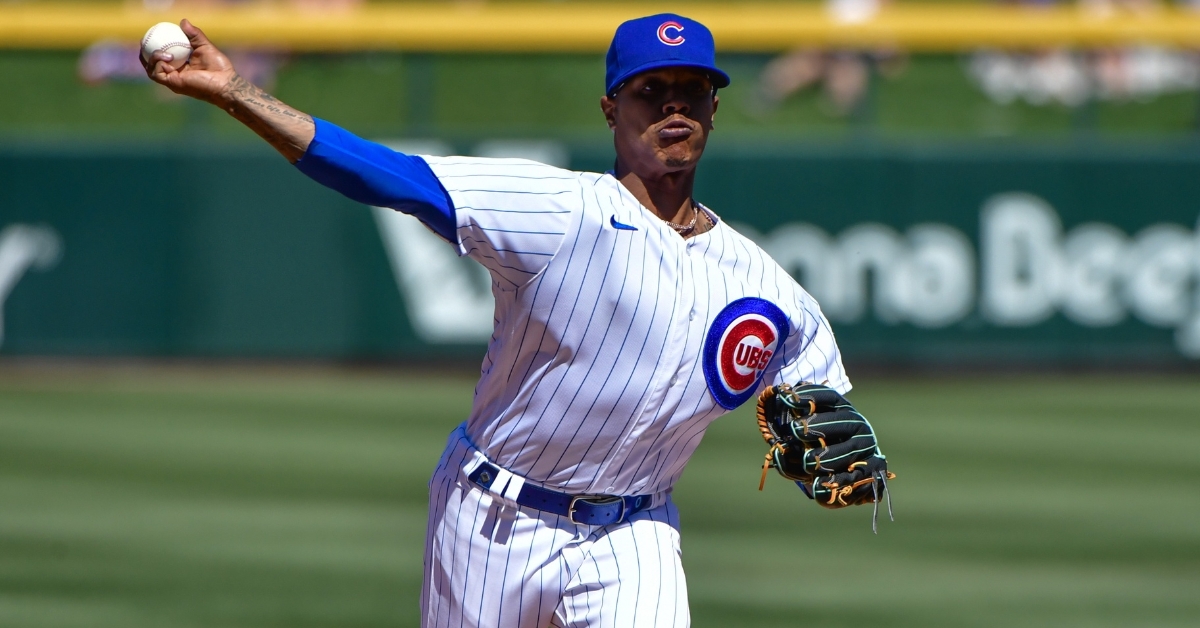 In the middle of last season, when the Cubs dealt several players away at the trade deadline in exchange for a collection of prospects, it was clear that the future was Jed Hoyer and the company’s main focus.

That eventually turned an eye on the offseason for the Cubs.

While the Cubs failed to make a massive splash during the offseason, it is clear that they did make plenty of moves that will make the 2022 roster better. However, it is also apparent that the Cubs were able to maintain roster flexibility that could make selling at the trade deadline easier if the Cubs struggle to get wins.

The most significant move, without a doubt, came the night before the MLB lockout originally began in December, signing right-handed pitcher Marcus Stroman to a three-year, 71 million dollar deal. Stroman immediately slots near the top in the Cubs rotation and has instantly become a fan favorite.

The other large move of the offseason was when the Cubs landed the talented Japanese slugger Seiya Suzuki for five years and $85 million. Suzuki immediately boosts the Cubs lineup and gives them additional power from the outfield positions — as well as gives them a hopeful answer at one of the corner positions for years to come.

The Cubs also addressed other areas of need, just maybe not with the same star power that fans or industry experts expected. For example, Willson Contreras has been one of the best catchers in the game over the last five years, but he has also been one of the most used. Signing an adequate backup catcher to replace the role of Victor Caratini was a priority, and the Cubs did that when they signed Yan Gomes to a 13 million dollar deal over two years.

Plus, infield depth had been a primary focus for the front office. While it was expected that the Cubs target one of the premier middle infielders in free agency, the Cubs went a different route. With a pitching rotation that features Kyle Hendricks, Marcus Stroman, and Alec Mills, the Cubs will see a lot of groundballs. The Cubs addressed this by signing multiple gold glove winner Andrelton Simmons to a one-year, four million dollar contract. The Cubs signed veteran utility man and speedster Jonathan Villar for a one-year, six-million-dollar deal.

Sticking with the offense, the Cubs took a flyer on former Yankees top prospect Clint Frazier for a one-year deal. Frazier bats from the right side of the plate and can play outfield or third base — but many anticipate he will be the Cubs' designated hitter primarily this season. In addition, the Cubs resigned outfielder Michael Hermosillo for a year as well, as the young outfielder provided a nice spark down the stretch for the Cubs.

The rest of the moves the Cubs made were to address pitching.

The Cubs acquired capable starter Wade Miley from the Reds and resigned left-handed starter Drew Smyly to a one-year deal worth 5.25 million dollars, and both will be in the starting rotation. Plus, the Cubs signed right-handers Michael Givens, Chris Martin, and David Robertson, as well as left-hander Daniel Norris all to one-year deals to aid the Cubs bullpen.

While the Cubs will face some injuries to open the season (Adbert Alzolay, Ian Happ, Codi Heuer), the roster has only been supplemented since the last out of the 2021 season. The roster looks drastically different from last opening day, and there have been no major losses since the conclusion of the year.

While it may not have been the fishing in deep waters that many expected, the Cubs did a solid job this offseason. However, there isn’t anything from this offseason that firmly leads me to believe the Cubs are closer to their next World Series, so that I will grade them a B-.