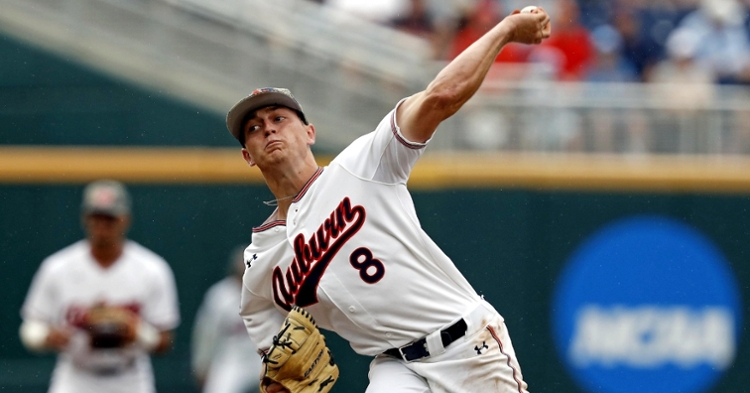 People tend to forget that the Cubs got off to a great start last season and led the NL Central in early June. A big reason for that was an improving offense mixed with a bullpen that emerged as the best in the National League at one point in the season.

Part of the reason for that was the Cubs three-headed monster of Ryan Tepera, Andrew Chafin, and Craig Kimbrel, as all three men posted ERAs under 3.00 and were practically as locked down as you can get when talking about relievers. When the Cubs had a lead in the seventh inning or later, chances are they were going to walk away with a win as David Ross had three of the best lined up to close things out.

Once the Cubs endured an 11-game skid to fall out of first and begin a second-half swoon, the once competitive Cubs came to the harsh reality that they needed to become sellers if they wanted to contend again in the future. Part of the selling process was getting rid of fan favorites Anthony Rizzo and Javier Baez, but the other part was to gut a bullpen that improved so much from 2020.

Tepera was the first to go from the three-headed monster as he was dealt to the Southside in exchange for LHP Bailey Horn. Typically when teams trade a reliever for a pitcher, they tend to be depth pieces, but this was quietly a great move for this team. Horn isn't just a depth piece, but a starting pitcher who the Cubs see a big future for in this organization.

The White Sox felt the same way as he was a fifth-round draft pick in 2020 and was listed as the White Sox 25th best prospect a season ago. Adding left-handed pitching help was essential for the Cubs during the season and this offseason, so Horn helped the Cubs in that aspect and was the first of the many new faces to arrive in the Cubs organization last year.

The 6-2 210 pound lefty is your typical left-hander who comes with pretty good size and durability. The former Auburn Tiger doesn't have the experience that many college arms do when they enter the draft, but that is also a good thing for his longevity as the arm doesn't have as much wear and tear as others in his class.

Horn spent two seasons with the Tigers posting one good season and one bad season. During his freshman campaign, Horn was used a ton, appearing in 18 games, with five of those games coming as starts. Across those games, he posted 37 2/3 innings of work, posting a 4-2 record with a painful 6.69 ERA. He also walked 20 and struck out 31 as he went through your typical first-year growing pains.

Once the calendar flipped to 2020, Horn looked like a completely different pitcher as he was ready to prove his worth. Before the COVID shut down that season, Horn was off to a great start giving the Tigers 17 2/3 innings of work across four starts. Not only did he post a 3-1 record, but his ERA fell to 2.08 while his command greatly improved to 5BB/27K. Those are the kind of adjustments you liked to see from a college pitcher, and that is a big

reason why the White Sox wanted to grab him in the fifth round.

Horn didn't appear in any games for the White Sox in 2020, but once 2021 came into fruition, Horn knew he had a lot to prove. Across 21 games this season, 14 of which were starts Horn logged 60 innings posting a 3-3 record with a 5.40 ERA. At times, his command was a struggle, but he still finished with a solid 29BB/69K ratio.

Following the trade from the White Sox, Horn landed with the South Bend Cubs, where he made seven appearances and four starts. Across those 21 2/3 innings, Horn showed some improvements going 1-0 with a 4.98 ERA, including a three-game stretch where his ERA sat around 3.00. His 11BB/24K was much improved from the White Sox system, but could still use some minor command improvements to get better.

Horn is not a hard thrower at this point in his career, but still sits in the 91-93 MPH range with his fastball. Given his overall size, there is no question that he can add some velocity to that pitch which will go a long way in his development in the system. Like most pitchers, your secondary stuff is crucial to becoming a good pitcher, and Horn uses a change-up and curve to give hitters three pitches to take note of. 2022 is a big year for him as the Cubs hope to learn more about him as a pitcher.