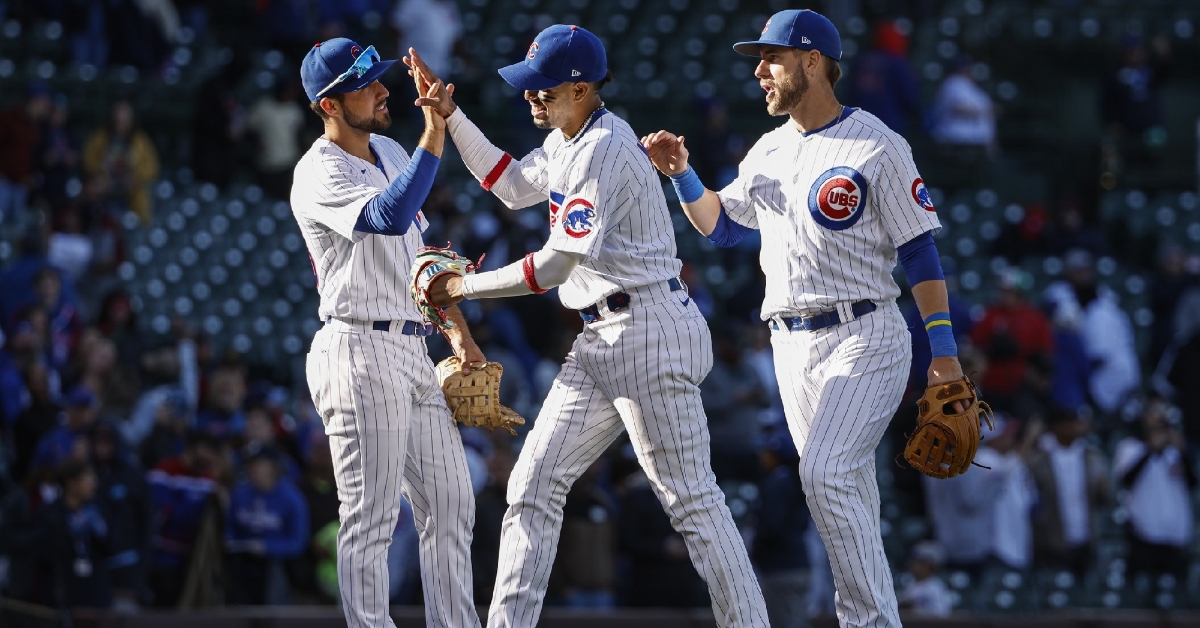 CHICAGO - Here is your fun little factoid of the day. The Chicago Cubs (70-86) have 34 wins against teams .500 or above. That ranks second in MLB behind the New York Mets, who have 41, including this week's three-game set against the Philadelphia Phillies (83-72).

Led by another strong pitching performance which is becoming the norm for this team, the Cubs not only swept the Phillies for this three-game set at Wrigley Field with a 2-0 win, but they also took the season series 6-0. With the loss, the Phillies are now tied with the Brewers for the final wild-card spot and are in danger of letting that slip away.

Sorry, not sorry, as this young team continues to play well for David Ross throughout the second half of the season as they improved to 36-29 since the all-star break. Not only has their starting pitching greatly improved, but a plethora of minor leaguers and young pitchers have been the driving force.

Today it was Javier Assad getting the ball as he was looking for his second win of the season. Assad is not someone that will blow you away on the mound, but instead, he knows what his strengths and weaknesses are and pitches to his strengths. After cruising through five innings, Assad ran into a bit of trouble in the sixth before Ross made the move to the pen.

Still, after five shutout frames of five-hit ball, Assad continues to pitch well, as his ERA is now 3.62. Opposing him was left-hander Ranger Suarez who has quietly put together a great season. At 10-6 and a 3.37 ERA, Suarez has emerged as the Phillies third-best starter this season and will be a tough matchup in the playoffs.

In essence, this was like a playoff series for the Cubs as they had to face the top three dogs for the Phillies and came away with wins against all of them. Suarez did his part on the mound getting through six innings and allowing just two runs, but the Cubs pitching handcuffed the offense.

If you want to beat Suarez, you need to attack him early, and that is just what the Cubs did during the first inning. Willson Contreras and Seiya Suzuki saw just three pitches with the Cubs putting runners on the corners and no outs. The Cubs continued their aggressive approach with Ian Happ bouncing into a fielder's choice and Contreras getting thrown out at home.

That didn't stop the Cubs from attacking Suarez, as Patrick Wisdom followed that up with an RBI double to put the Cubs in front 1-0. Happ was thrown out trying to score later in the first, but the Cubs still managed to hold the lead after their quick strike onslaught. The Cubs continued to set themselves up in scoring position with David Bote and Wisdom each grabbing doubles the next two innings only to have Suarez keep them off the board.

Not only were the Phillies handcuffed all week long, but what was even more frustrating was putting runners on base for 16 straight innings and most of those innings coming away empty. That continued to be the case today as they had traffic on the bases in every inning against Assad, but couldn't come through with the hit they needed to drive in a run.

Still holding that 1-0 lead in the fifth, you sensed that the Cubs would need a little more offense to win this game. A two-out triple by Suzuki put them in a position to add on, while Happ delivered the huge RBI single to double the lead 2-0. That would be all the offense the Cubs would need as their bullpen was set to take over in the sixth.

Following a leadoff walk by Rhys Hoskins and a single from Bryce Harper to begin the sixth, Ross went to his pen and called Michael Rucker to take over. Thrust into a challenging situation Rucker buckled down and pitched as well as he has all season by retiring all three batters he faced and keeping the Cubs in front.

That set the stage for Chicago's not-so-secret weapon anymore as Keegan Thompson entered the game in the seventh. Although not as his best, with two walks coming in the seventh, Thompson still managed to keep the Phillies off the board as he picked up a pair of strikeouts, including a huge one against Hoskins.

Chicago had a golden opportunity to blow the game wide open in the bottom of the seventh, with former closer David Robertson getting set to work. The Cubs' patient approach worked as Christopher Morel, Suzuki and Wisdom worked walks to load the bases, only to have Nico Hoerner bounce out to end the inning.

Hoping that wouldn't come back to bite them later in the game, Thompson took care of the rest as he allowed a Nicholas Castellanos single in the ninth to pick up his first save of the season and gave the Cubs the sweep of the Phillies. The Cubs came away with seven hits as Suzuki and Wisdom grabbed two. Happ, Contreras, and Bote had the rest of the hits as Chicago gets set for their final home series of the season.