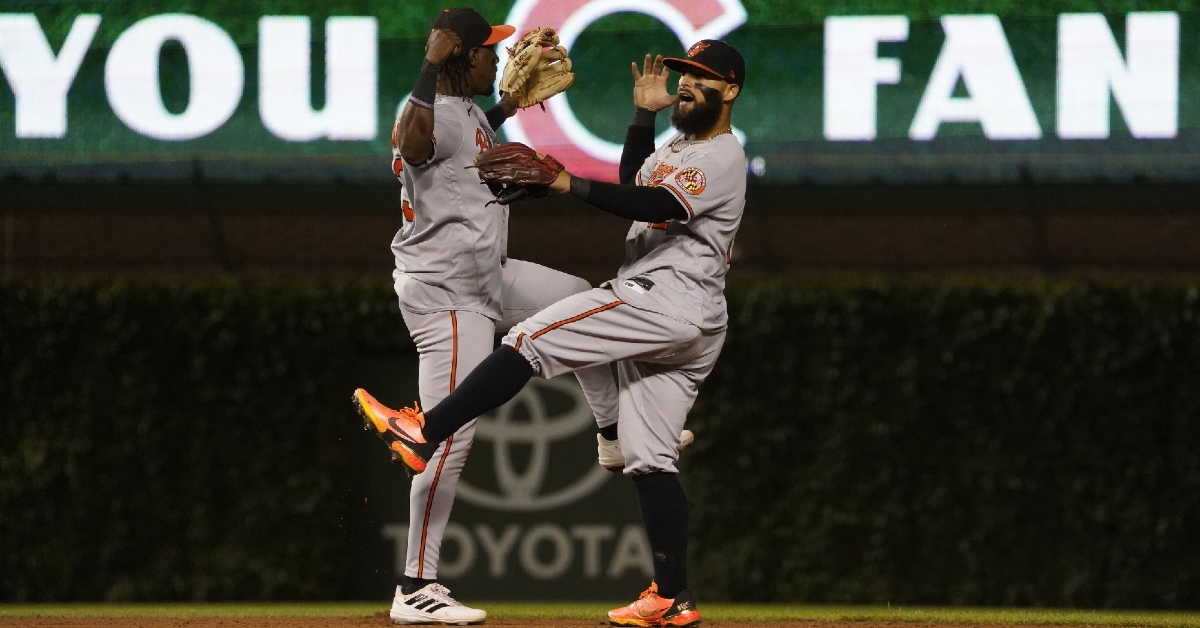 CHICAGO - For all of you Chicago Cubs (34-54) that think this will be a quick rebuild, look at the Baltimore Orioles (45-44), for example, as they have laid out a blueprint that the Cubs shouldn't follow, but might. After losing 110 games last season and at least 95 games in four of the last five seasons, things have started to click for the Orioles, making for some interesting decisions as the trade deadline nears.

With a nine-game winning streak in hand, the Orioles were looking to extend their winning streak to 10 at Wrigley Field on Wednesday, a feat they haven't reached in nearly 30 years. Not only were they able to accomplish that feat, but they did so relatively easily by scoring four times in the first two innings and cruising to the blowout 7-1 win.

Fresh off the birth of his first child was Justin Steele, who returned from the Paternity List to make the start. Whether it was a lack of sleep or some rust, Steele was off to begin his outing as he allowed three first-inning runs and four total runs across two innings. He then managed to figure things out as he retired the last 11 guys he faced to get back to looking like the Steele over the last four starts.

His outing may not have been great, but it is still considered a quality start as he did his part. The problem was that the offense couldn't do their part, and you have to credit Spenser Watkins for that. The right-hander continues to improve on the mound, and after allowing just one run in five innings, his ERA is now 3.93 for the season.

Since speaking to Jon Lester in early June, Steele has been a different pitcher and the second-best pitcher on this staff behind Keegan Thompson. Hoping to keep that strong run of successful starts going, Steele ran into some first-inning trouble as singles by Cedric Mullins, and Ryan Mountcastle had runners on the corners and one out.

Looking for an inning-ending double play, Anthony Santander got into a Steele fastball as his RBI double put the Orioles in front 2-0. Not only that, but that hit proved to be the game winner with an Austin Hays single following shortly after to extend the lead to 3-0. Baltimore continued to add to that lead in the second inning, with Trey Mancini ripping an RBI double to make things 4-0. It could have been 5-0 on that play, but a great relay throw from Nico Hoerner nailed one runner at the plate to keep things 4-0.

With Steele starting to find his groove in the third, the Cubs offense was hoping to do the same as Nelson Velazquez led things off with a double. A Christopher Morel followed that walk, only for the Cubs to come away empty-handed as the team is now 0-24 with RISP. That has been a trend all season, and it continues to plaque this team when it matters most.

It took the Cubs five innings to break through, but the Morel triple with one out had the Cubs offense in a prime position to at least push one run across. That is precisely what they did as Rafael Ortega followed that triple up with a sacrifice fly to cut the deficit to 4-1. With Steele working a third, scoreless frame in the sixth and retiring 11-straight, it was up to the bullpen to step up while the offense also needs to find its identity.

Still trailing 4-1 in the eighth, the Cubs called on Chris Martin to keep things there, but the Orioles had other plans. With two down in the inning, a pair of doubles led to the next run, with Adley Rutschman making things 5-1. Following a walk to Ramon Urias, it was Rougned Odor coming up with a huge hit and taking one the other way to extend the lead to 6-1. The Orioles would add another run later in that inning off the Martin balk as they led 7-1 with just six Cubs outs remaining.

I never want to say a game is over until it is over, but one thing that the Orioles have been consistently good at all is season is having a strong bullpen. That bullpen was not only solid on Tuesday, but they were solid again as they kept the Cubs off the board the final four innings.

It didn't come without some trying on the Cubs side of things as a Hoerner single, and Patrick Wisdom walk helped set up the offense again, but would see the Cubs come away empty in the 7-1 loss. Ian Happ led the way on offense with two hits as four other players saw one hit in the loss.