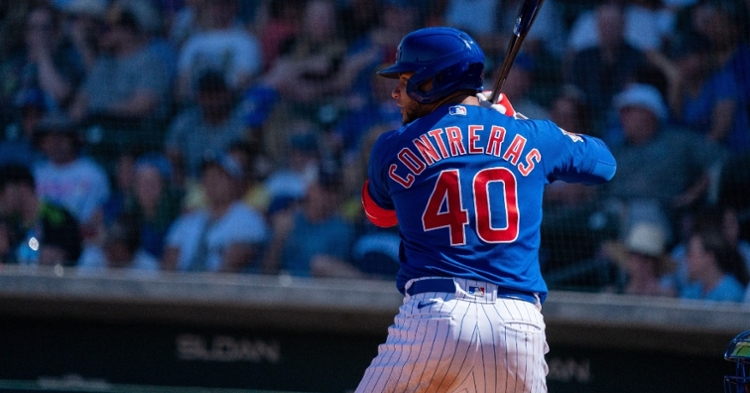 Although meaningless in terms of standings and stats, Spring Training has gone exceptionally well for the Chicago Cubs (7-4-3). Following another come from behind win against the Reds on Monday, the Cubs were back at it Tuesday to host the Arizona Diamondbacks.

Looking to solidify his name in the starting rotation, Justin Steele took the ball for the third time as he faced off against a familiar foe in Zach Davies. Although Steele was far from crisp in his outing as he walked four in 2 2/3 innings of work and allowed two runs, it would be the only runs the Diamondbacks could muster as the Cubs picked up the 3-2 win.

From an offensive side of things, the Cubs have been hit or miss this spring, which they need to fix before the season starts. Pitching, however, has been a different story as they rank near the top of the Cactus League in terms of overall ERA.

The fact that Steele minimized the damage while the bullpen shut the Diamondbacks down epitomizes what the pitching staff has done all spring. Steele didn't start off that bad despite allowing a Pavin Smith single and a Cooper Hummel walk in the first as he kept the Diamondbacks off the board.

With the Cubs coming to bat with Davies on the mound, memories of 2021 started to creep into their minds. Davies posted a career-worst 6-12 mark as part of the Cubs last season to go with his career-worst 5.78 ERA. A big reason for his struggles was a lack of command and the home run ball, which happened again.

With one out in the first, Seiya Suzuki was hit on the elbow to reach first and then came around to score on the opposite field shot by Willson Contreras as the Cubs led 2-0 early. Davies settled in nicely after that, but the damage was done early.

Things didn't get much better for Steele after his shaky first inning as he flirted with plenty of traffic in the second. He allowed a pair of hits, but he also walked three hitters to go with a wild pitch. Fortunately for him, the damage was minimal, with Ketel Marte and Smith picking up RBIs to tie things up 2-2.

With the game still tied 2-2 in the bottom of the third, Illderamo Vargas gave the Cubs the lead for good as his leadoff solo shot put the Cubs in front 3-2. That allowed for David Ross to go to his pen, where Scott Effross was called on first and sent the Diamondbacks down in order.

Effross was followed by Mark Leiter Jr, who, although he wasn't as crisp, did what he needed to do. Despite allowing three hits in his three innings of work, including one to Marte and one to Hummell, Leiter Jr didn't allow a run as he kept the Cubs in front through six innings.

That proved crucial at this point in the game as the Cubs offense not only stalled after the third inning, but they couldn't put a man on base for three innings. With the game still 3-2 in the eighth, it was time for Eric Yardley to take to the mound as he tries to earn a bullpen spot out of camp.

Ever since his first outing that didn't go well, Yardley has bounced back in a big way as he worked around a pair of two-out singles to keep the Cubs in front. Looking for some much-needed insurance late, the Cubs saw Carlos Sepulveda and Zach Davis earn one-out walks helping set things up for the offense.

Unfortunately for the Cubs, their inning would stall there as they couldn't find a way to cash in with a big hit sending the game to the ninth, holding a 3-2 lead. One day after Ethan Roberts picked up a save, fellow minor leaguer Cayne Ueckert was called on to do the same thing as he continues to pitch well.

Once again, the Diamondbacks kept the pressure on as they led things off with a single before a sacrifice bunt moved the runner into scoring position. With two down and that runner still on second, Ueckert finished things off as his strikeout sealed the deal with the Cubs holding on for the 3-2 win.

Although many of the positions on this team appear to be filled, the bullpen remains wide open. Both Roberts and Ueckert are still in camp, and pitching well leads many to believe they have a legitimate shot at making this team come opening day.