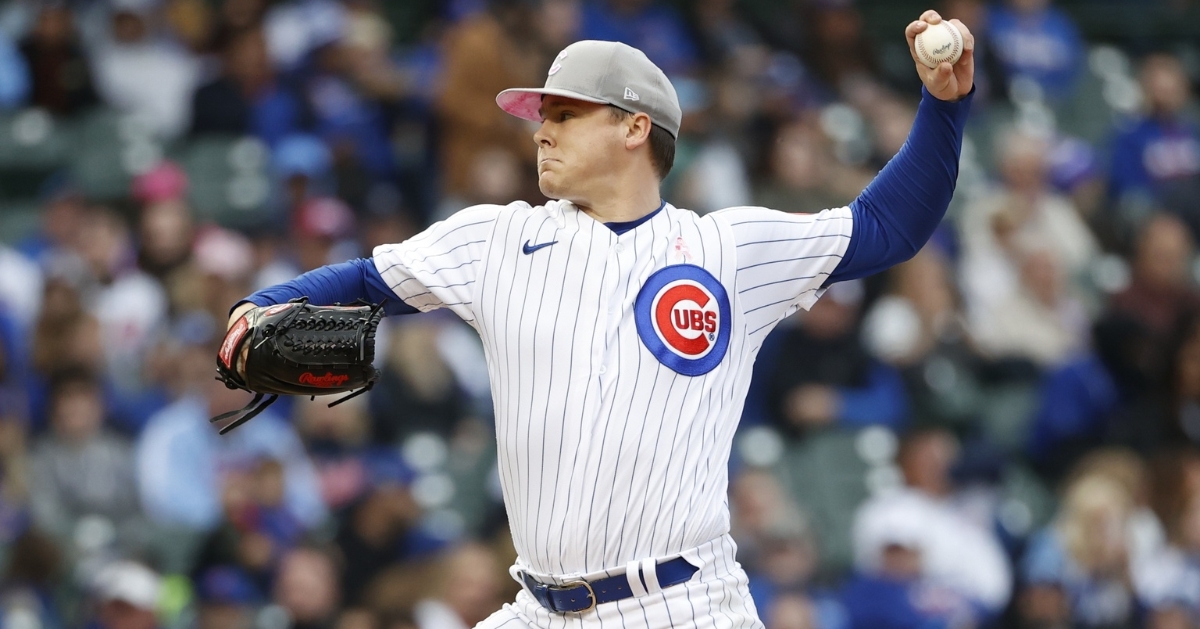 CHICAGO - When you look at the Los Angeles Dodgers (19-7), they continue to be the standard of the National League in terms of winning franchises. From the amount of money they spend in the offseason to how they have developed their players over the past decade, you can see why they continue to win and have set the standard in the National League.

There was a point in time, going back seven years when the Chicago Cubs (9-18) were thought of like the Dodgers as they were the ones developing and spending money. However, the players didn't develop at the pace they expected during that time, which led to this team getting worse and underachieving for years.

They are now in this position because of it, and it could be a while until they get back to that level. Looking to end a brief five-game homestand with at least one win, the Cubs haven't looked good against LA all weekend and now had to knock off Walker Buehler for that to happen. To make matters worse, Frank Schwindel was demoted to AAA Iowa before the game, with Marcus Stroman hitting the IL for an unspecified reason right now.

That meant that Justin Steele would have to step in and make a start for Stroman as he desperately needed a strong start to boost his confidence. Despite giving the Cubs four strong innings that saw him allow just a pair of runs, the offense again let this team down as they had no answers for Buehler, who gave the Dodgers seven innings of one-run ball to go with six strikeouts.

Add in Michael Rucker, Adrian Sampson, and Daniel Norris getting some work out of the pen with Rucker and Sampson allowing runs. It led to another lopsided loss, with the Dodgers taking the series finale 7-1. Not only was this a sweep, but it highlighted how much of a difference these teams are talent-wise, and that is not a good thing when you look at the future of each organization.

Steele did a great job setting the tone early, recording two of his three strikeouts in the first and the offense responding to that. Making a rare start was Rafael Ortega, who got a pitch to his liking and ripped it for the leadoff double. Standing on third and with two outs, Willson Contreras came through yet again as his great series continued with an RBI single as the Cubs grabbed the 1-0 lead. Little did they know it would be the only run they would score as the Dodgers pitching was too much all series.

Steele continued to do his thing on the mound allowing just one over the minimum through three innings as the Dodgers were having a tough time cracking him. That was until the fourth when the Dodgers finally got something going and managed to take the lead for good.

A Will Smith single followed a one-out walk to Trea Turner, and just like that, the Dodgers were in business. The Dodgers had the bases loaded following a wild pitch and a walk to Max Muncy, but a double play ball would get the Cubs out of this jam. Unfortunately, Steele allowed a Justin Turner sacrifice fly and a Cody Bellinger single as the Dodgers took a 2-1 lead.

With just four hits in the game yet again, the offense was not easy to come by as Nico Hoerner picked up the Cubs third hit of the game with nothing coming from it. With Rucker now on to pitch the fifth, the momentum they garnered in the fourth started to carry over as they began to push the Cubs further behind.

Three batters into the inning, and Rucker was in a massive jam as he had the bases loaded following three singles. Fortunately for him, Rucker managed to limit most of the damage as a double play, and a wild pitch made things 4-1, but it could have been worse.

Following an RBI single from Freddie Freeman in the seventh to make things 5-1, the Dodgers offense was back at it again off Sampson in the ninth. The veteran righty was added to the roster to replace Stroman, and his first outing was not great. A leadoff single from Gavin Lux followed by a one-out Freeman double had the DOdgers in business with two runners in scoring position and one down.

One batter later saw the lead grow to 7-1 as Trea Turner reached on an infield single with a second run coming home on a Hoerner throwing error. That summed up how this homestand would go for the Cubs as they scored six runs across the five games. I don't care how good your pitching is; that won't get it done, which is why the Cubs were swept this weekend and failed to win a game at Wrigley this week.

Things will not get any easier for the Cubs this week as they now travel to San Diego to take on the Padres. Entering Monday with a 19-10 record, the Padres are off to a great start and are chasing down the Dodgers for first place in the West.