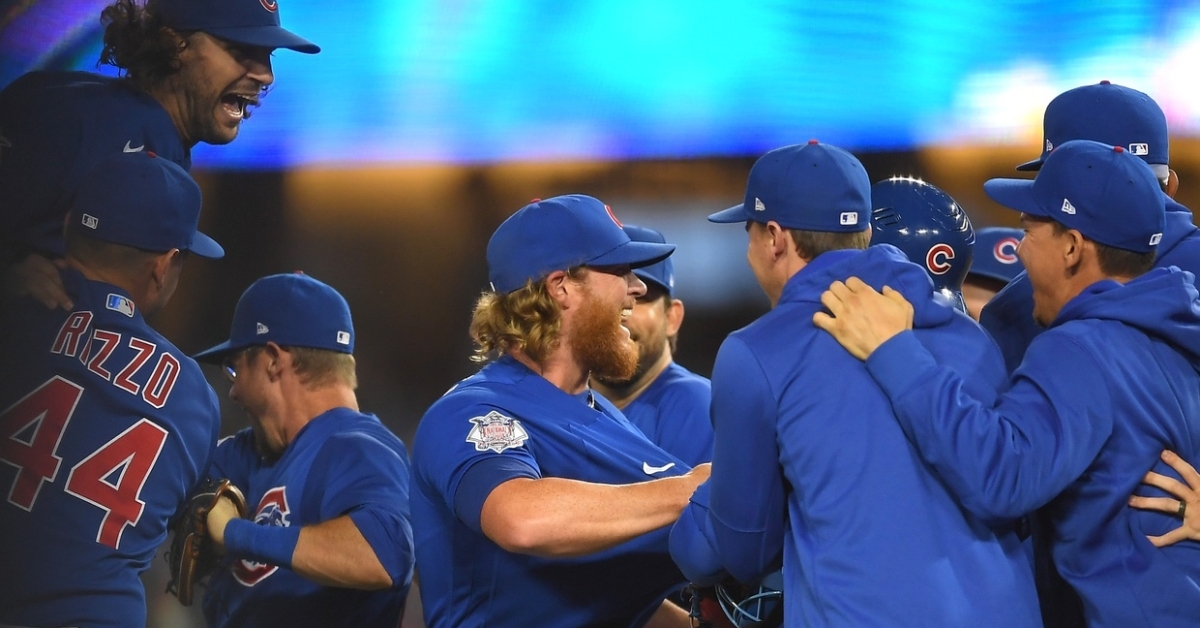 The Cubs no-hit the Dodgers on June 24th

It was a season that featured many ups and downs for the Chicago Cubs. For part of the year, the Cubs spent the season in first place. Then an 11-game losing streak sped up the process of a long-dreaded rebuild — and the Cubs said goodbye to over 10 key players at the trade deadline, including World Series Champions Anthony Rizzo, Kris Bryant, and Javier Baez. The Cubs ultimately lost over 90 games, finishing fourth in the NL Central and missing the playoffs for just the second time since 2015.

So, we at CubsHQ thought we would count down the ten best moments of the Cubs season.

A few moments in this Cubs season really felt like the Cubs had the chance to be great this year, and this game was one of them. It includes Anthony Rizzo, so it’s obviously pre-sell off. It came on a Friday day game at Wrigley in the stadium’s first game of full attendance since 2019.

The Cubs were down 5-1, and Rizzo’s homer capped off a four-run fifth inning at tied the game. The best part was Rizzo fouled off ten straight pitches and launched the 14th pitch of the at-bat into the stands for a home run. The Cubs went on to win that game 8-5 back in June.

No. 4 Schwarber and Lester return to Wrigley

Jon Lester and Kyle Schwarber were both crucial parts of the Cubs 2016 World Series Championship winning team. Lester was one of the first dominos to fall and spark the Cubs' rebound, and we’re all aware of Schwarber’s heroics coming back from a torn ACL in the World Series. But after the 2020 season, finances (and questionable decisions) forced the Cubs to let both Schwarber and Lester walk, and they both just so happened to end up on the Nationals.

In May, the Cubs hosted the Nationals, and Lester got the start for the Nationals. Both Lester and Schwarber received huge ovations and got gifts from the Cubs for their contributions. Kris Bryant even left some candy out in left field for Kyle Schwarber, and Lester hit a comical ground out to Anthony Rizzo. The Cubs ultimately won the game, but it was a nice homecoming for two Cubs legends.

No. 3 Javier Baez walkoff vs Reds

As we’ve documented earlier in this piece, the Cubs said goodbye to Javier Baez, Anthony Rizzo, and Kris Bryant at the trade deadline. While many were upset that the Cubs never gave them a proper send-off or ovation, the last game they ever played together was a special one.

Anthony Rizzo and Kris Bryant both had a pair of hits, and Javier Baez was out with injury, but Baez came off the bench to pinch-hit in the bottom of the ninth inning with a chance to win the game with runners on. Adding to the drama was Red pitcher Amir Garrett, who has storied beef with Baez — and Baez got the last laugh sending a high fly ball to center to drive in the game-winning run. The gang got to celebrate one last win together as Go Cubs Go played over the Wrigley Field speakers.

As mentioned above, the Cubs failed to give Baez, Bryant, or Rizzo a proper send-off by taking them out of a game or giving them one last at-bat at Wrigley as the deadline approached. The Cubs traded the three at the deadline — interestingly, all three homered in their first game with their new teams — but the Cubs got the chance to reconcile with Kris Bryant a bit once he and the Giants came to town in September.

The Cubs honored Bryant before the game with a 2016 flag and a 17 from the scoreboard, and he received multiple ovations from the Wrigley Field crowd. Bryant was moved to tears when the Cubs aired a tribute video for him on the big board before the game for the 2016 NL MVP as well.

The best moment of the Cubs season was the team’s first-ever combined no-hitter. The Cubs were on the road in LA taking on the reigning World Series Champion Dodgers. Alec Mills delivered six shutout innings, followed by perfect innings from Ryan Tepera, Andrew Chafin, and Craig Kimbrel as the Cubs notched a combined no-hitter.

While many of the Cubs team did not know about the no-no until after it was secure, the Cubs were in sole possession of first place at the time, and this game was truly the high of the season — as it preceded an 11-game losing streak that sparked the midseason sell-off.