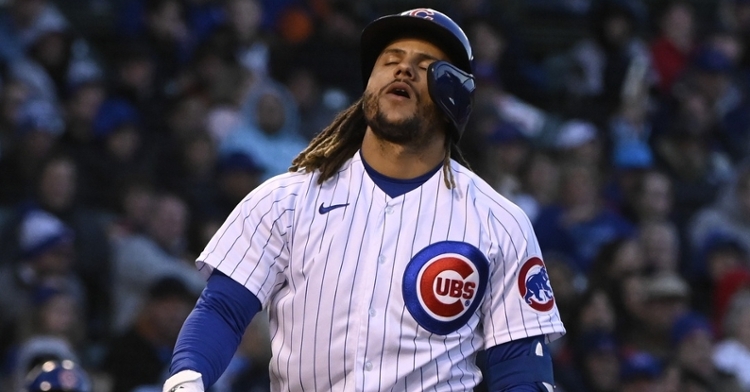 CHICAGO - When the season began, most fans expected the Chicago Cubs (9-17) to struggle this season as they are in the middle of a rebuild. However, after showing signs of life and starting the season 6-4, their mood changed, and you began to see more optimism across the board.

Since then, this team has struggled, but if it wasn't for the Cincinnati Reds, they could be in last place as they have gone just 3-13 in their previous 16 games and have looked lifeless in most of those losses. A big reason for their struggles has been an offense that can't score runs and a pitching staff that is, well, let's say, has seen better days.

Their most recent loss came at the hands of the Los Angeles Dodgers (18-7) as they completed a doubleheader sweep of the Cubs with the 6-2 win. Most of their damage came in one inning, but when you can't score offensively, that is often all you need as an opposition.

Getting the ball for the Dodgers was a familiar face in Tyler Anderson, who made five starts against the Cubs as a Pirate last year. Anderson didn't do well against the Cubs a season ago, but most of the players who had success off him are no longer on this team, which was a good thing for him. Anderson did what he needed to do as he lowered his season ERA to 2.78 and improved to 3-0. He gave the Dodgers five innings of two-run ball, allowing four hits and striking out seven.

While the Dodgers had a regular starting pitcher taking the ball, the Cubs didn't and chose to go with a bullpen game for game two. Daniel Norris was tasked with getting the start and ran into some major trouble after a scoreless first inning. He was charged with three earned runs in just 1 1/3 innings of work before handing things off to Keegan Thompson and a flurry of relievers to finish off the game.

When you are struggling to score on offense, you need to capitalize on your chances, and the CUbs were given a great chance in the first. After being unable to corral a Willson Contreras fly ball, Mookie Betts saw the ball hit the track as Contreras raced over to third base for a leadoff triple. He came home to score two batters later using an Ian Happ grounder to give the Cubs a rare 1-0 lead.

In the second inning, things began to come unglued as Norris got off to the worst start possible. Not only did he walk the leadoff hitter, but three batters into the inning, and the Dodgers had the bases loaded with Norris walking all of them. That forced David Ross to go with Thompson, who struck out the first hitter he faced before allowing a bases-loaded walk to Hanser Alberto to tie things up.

One batter later saw Betts come away with the big hit of the ball game as his bases-loaded double gave the Dodgers the 4-1 lead, but proved to be the game-winning hit for Los Angeles. The sad part about it was that it was the only hit the Dodgers had for most of the game, as they finished the game with three hits, but nine walks.

The Cubs had some chances across the next two innings, with Nico Hoerner picking up a second-inning double and Seiya Suzuki adding a third-inning triple. However, much like most of the season, the Cubs could not cash in as they remained trailing on the scoreboard.

With the Dodgers offense stalled, the Cubs continued to battle back as Contreras unloaded for a long homer off of Anderson in the fifth to pull the Cubs within 4-2. Unfortunately for them, the Cubs offense would be quiet after that as the Dodgers continued to keep the pressure on the Cubs pitchers by showing patience to reach base.

If a struggling offense wasn't bad enough, Patrick Wisdom, who leads the team in homers, exited after the eighth inning hurting his back on an apparent swing. His status is up in the air for Sunday, and a trip to the IL could be in store. Going on seven innings since they last scored, the Dodgers wanted to make sure the Cubs hope of a comeback was gone as they came to bat in the ninth.

After retiring the first two hitters he faced, David Robertson walked Gavin Lux and then surrendered a two-run shot to Betts, who had five RBIs. Those two runs were the first runs Robertson has allowed this season, as he has been nothing short of impressive this year.

Hoping for some late-game magic, the Cubs offense got off to a good start against former teammate Craig Kimbrel with Frank Schwindel leading the bottom of the ninth off with a single. A Jonathan Villar walk followed that as the Cubs were in business. However, like fans saw last year, Kimbrel would recover as he retired the next three hitters to finish things off and gave the Dodgers the 6-2 win.

Contreras had a massive day at the plate picking up three of the team's six hits to go with his third homer of the season. Schwindel, Suzuki, and Hoerner added the other three hits as the Cubs came away with six hits, but once again, 11 strikeouts for another loss.