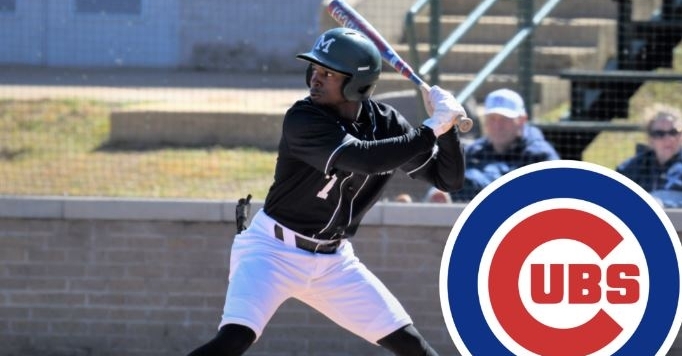 Collier is a talented prospect

Two of those four players were outfielders, including the 10th round pick Ke'Shun Collier from Meridan Community College in Mississippi. A junior college outfielder who could be a draft-and-follow for the Cubs. He looks to be a smaller lefty bat who just hits.

Granted, the power-hitting potential may not be there, but it may not be an issue because the kid can hit so well. That is something the new regime preached this offseason. They wanted fewer swing-and-miss guys and more contact-first-oriented players, and Collier fits what the Cubs new mindset is trying to do.

When we talk about smaller players, the 5-8 160-pound Collier is one of the smaller players in this year's class, and he reminds many of Juan Pierre, who was one of the best contact hitters in the early 2000s. Collier may not have the same speed as Pierre, but if he can turn out to be half the player Pierre was, you have to like what you could get out of him.

Collier may not be a prep star anymore, but he is just a freshman with only one year of college experience under his belt. That experience came from a Junior College, so he could elect to transfer to a bigger school to better his draft stock next year.

If you look at his line from this season, I think it is safe to say you have a top-of-the-order bat capable of making a ton of contact.

Across his 39 games played this season, Collier did nothing but hit as he finished the season with a .357 average. He added one homer, 26 RBIs, and 36 runs scored to his name to go with 19 stolen bases, as the speed factor is a massive part of his game. Going back to his prep days, Collier was an underrated prospect who went unranked in nearly all prep ranking systems.

It is incredible what can happen when you give someone a chance, and Collier was given that chance at a junior college. Not only was he given that chance, but he proved he was a better player than nearly everyone gave him credit for, resulting in getting drafted this season.

Collier is a similar player to Zach Davis and some other speedsters in the system, but offers a better bat.

This is an intriguing final pick for the organization, but he may be a few years away.