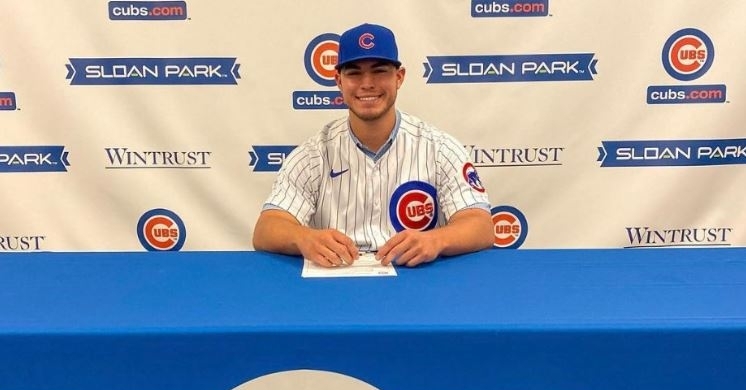 When the Cubs were preparing for the 2022 MLB draft, adding more pitching depth was at the top of their list. They carried out that plan by drafting nine pitchers in their top 10 picks and 16 pitchers throughout the three days. That is more than any other team, but the Cubs have wanted to add an influx of arms to their system, so maybe this is the way to go.

A couple of things stood out when you look back at the selections the Cubs made, and the first thing that comes to mind is the balance of options this team has. Whether prep stars or college stars, the Cubs had a vision of what their new teams look like, and that vision is starting to take shape.

Another thing the Cubs have wanted to focus on is adding more velocity to a team that ranks near the bottom in average fastball velocity among starters. The 6-2 240-pound Brandon Birdsell fits exactly what the Cubs had in mind as the former Texas Tech star was taken at No. 143 in the fifth round.

Viewed as the 101st best player in this class, Birdsell fell a bit further than most had him going, but that turned into a win for the Cubs as they added another potent arm to their system. Going back to his high school days, Birdsell put his name on the map when he touched 92 MPH as a freshman.

One year later, he blows out his arm and needs Tommy John, which forces him to miss his entire junior season. After turning down the Astros as a 39th-round pick in 2018, he pitched just 71 1/3 innings at three different colleges over the next three years: seven as a little-used reliever at Texas A&M, 29 before the pandemic ended his 2020 season at San Jacinto JC (Texas).

As a member of Texas Tech this past season, Birdsell threw 35 1/3 innings before injuring his Rotator Cuff in April. Avoided surgery and won Big 12 Conference pitcher of the year honors this spring with the Red Raiders. That shows you the potential is there if he can stay healthy to reach that potential.

In terms of his pitching, Birdsell lives off his heater that averages 94-96 and can touch 99 MPH quite frequently. He also brings the excellent arm-side run to that heater, which has proven to be a tough pitch to hit. As good as his fastball is, Birdsell misses more bats with his slider, which can sit anywhere from 85-88 MPH.

He doesn't use his hard upper-80s changeup very often, but it's a compelling third offering with significant fade when it's on. That three-pitch mix is not something you learn overnight and for him to have the ability to control all three of these pitches, being a starter at the next level is not out of the question, although he could be used as a reliever to start his career.

One of the things the Cubs are going to want to clean up is his delivery. Despite repeating his delivery, it comes with many moving parts and isn't a smooth delivery by any means. From a stuff side, the talent was always there to be selected in the top three rounds, if not the top two.

However, his medical history concerns clubs, and he has yet to prove he's durable enough to hold up in the rotation over a longer pro season. That is the main reason he fell to the fifth round, and I am sure Birdsell understands that as he considers all his options.

Birdsell is a bit of an unknown right now regarding how he will be used, but he has the upside of a No. 3 or 4 starter. If those injury histories continue or he isn't cut out to be a starter in the MLB, look for the Cubs to make him a setup man if he winds up in the bullpen.