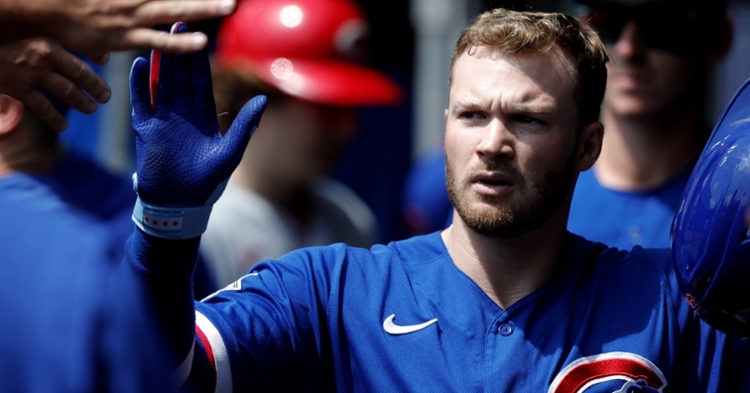 The 2021 regular season has ended, and the NL Central was interesting to watch. The division had a lot of movement throughout and eventually settled into a final divisional standing. In a division with no clear favorite early on and an expectation of constant competition, the division did not disappoint in the slightest — and some teams have many new faces as the season ends.

We’re here to break down the action of the NL Central for one final time as the season is over.

Milwaukee has quietly accumulated over 90 wins and has won the division for the first time since 2018. While most people shifted their focused on the NL Wild Card race, the Brewers have continued to win. The Brewers clinched the two seed in the National League. All season long, the Brewers were boosted by excellent pitching performances from Freddy Peralta, Brandon Woodruff, and Corbin Burnes — a three-headed monster that stacks up against anybody in the National League, all of whom were named to the all-star team this year. Burnes is a legitimate Cy Young candidate as well, throwing a no-hitter earlier this month. Offensively, Avisail Garcia led the Brewers with 29 home runs and 86 RBIs. Wily Adames came over in a midseason trade with the Rays and hit 20 bombs. Additionally, Christian Yelich, Omar Narvaez, and others boosted the offense. Since we last updated, the Brewers dropped two of three to the Cardinals and were swept by the Dodgers over the weekend.

UP NEXT: This week, the Brewers host the Braves in game one of the NLDS, a best of five series.

After spending most of May in first place in the NL Central, the Cardinals faltered a bit. However, the Cardinals rebounded in the second half and went on a wildly hot stretch to put themselves in playoff position. The Cardinals were the best team in baseball in September, ripping off a 17 game winning streak while they were at it. On the pitching side of things, Adam Wainwright, despite being 42, made a late-season push for Cy Young and held the pitching staff together. Offensively, Nolan Arenado hit 34 home runs and drove in 105 runs in his first season in St. Louis. Paul Goldschmidt had a nice season as well, ripping 31 homers as well. But perhaps the brightest spot on this offense was the emergence of Tyler O'Neill, who hit 34 home runs and stole almost 20 bases. This team has found their formula to win games and look to carry that into the playoffs. Since we last updated, the Cardinals took two of three from the Brewers and lost two of three to the Cubs as the regular season ended.

UP NEXT: This week, the Cardinals travel to Los Angeles to take on the Dodgers in a one-game playoff to advance to play the Giants in the NLDS.

The Reds have seen some time leading the division, riding a hot offense to a strong start — and after a tough stretch, made some strides back up in the division and in the Wild Card race. It took until late September for the Reds to be eliminated from the Wild Card race, but were very competitive all season long. Last season, it was all about pitching for the Reds. This year, it was all about offense. The Reds had three players who hit 30 or more home runs, including Eugenio Suarez. Joey Votto put together his best season in almost a decade, clubbing a team-leading 36 home runs and driving in 99 runs. Nicholas Castellanos had his name in the MVP race all season long with a .309 average, 34 homers, and 100 RBI. The Reds' other offensive all-star was Jess Winker, who hit .305 for Cincinnati. The Reds will look to boost the pitching staff to improve in 2022. Since we last updated, the Reds were swept in a two-game series by the White Sox and then lost two of three to the Pirates.

It was an up and down season for the Chicago Cubs. The team had low expectations out of the jump but rallied together to become one of the MLB’s best teams in May and June despite struggling early in the season. For the Cubs, an 11-game losing streak in July derailed the Cubs potential playoff hopes, and instead put the writing on the wall for the firesale that saw the Cubs send away Andrew Chafin, Ryan Tepera, Craig Kimbrel, Joc Pederson, Jake Marisnick, Anthony Rizzo, Javier Baez, Kris Bryant, and Trevor Williams at the trade deadline and now look like a much different team. The Cubs now can watch Tepera, Kimbrel, Rizzo, and Bryant in the playoffs as they try to rebuild. Patrick Wisdom hit nearly 30 home runs, setting a Cubs rookie record. Frank Schwindel was fantastic since arriving in Chicago, winning NL Rookie of the Month twice and hitting .342. On the pitching side of things, Kyle Hendricks led the team with 14 wins, but this was the clear weakness of the team. Despite the trades, the Cubs bullpen had some nice revelations down the stretch. Since we last updated, the Cubs took two of three from both the Pirates and the Cardinals to end the season.

The Pirates were widely expected to finish last in this division, and after a wildly impressive first few weeks have fallen back into last place in the NL Central. Regardless of placement in the division, the Pirates are definitely showing signs of improvement — with two Pirates starting in the all-star game, although Adam Frazier is a Padre. Bryan Reynolds was the team MVP with 24 homers, 90 RBIs, and a .302 batting average. There has certainly been progress for the Pirates, but they are still a ways away. Since we last updated, the Pirates lost two of three to the Cubs and took two of three from the Reds.

Thanks for following along all year for updates on the NL Central.