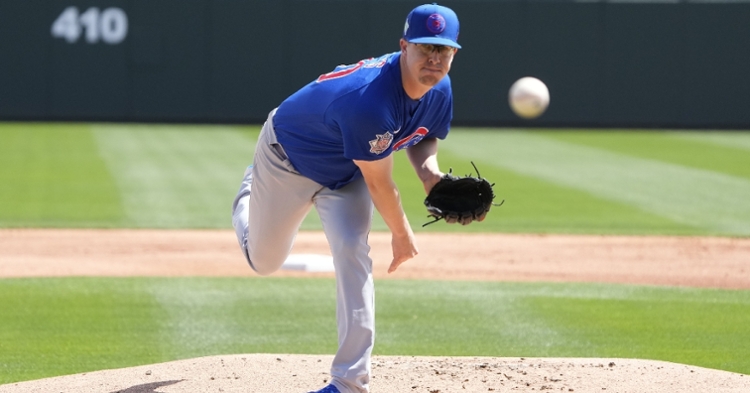 One of the better parts of Spring Training is that you can have ties. That means you don't have to sit and wait for extra-inning games to go 14 plus innings as the two teams want to get their work in and leave. Facing off against the Los Angeles Dodgers on Sunday, the Cubs had to come from behind as they played the Dodgers to a 2-2 tie.

Over the past decade, more so the past eight years, the Los Angeles Dodgers have set the standard in the National League as the team to beat. Add in the acquisition of Freddie Freeman last week, and this already impressive team got that much better as they have inserted themselves as the team to beat again.

Although spring training doesn't matter for anything, this is an opportunity for teams to judge where they are as the Cubs are nowhere close to the Dodgers in terms of talent. A 2-2 draw could prove otherwise, but keep in mind the lineups you see today are not the lineups you will see on opening day.

Getting the start for the Cubs was Alec Mills, who is looking to secure a spot in the rotation. Most likely in to begin the season, the injury to Adbert Alzolay ensures that Mills will not only get a chance, but should be the team's No.4 or at worst No. 5 starter this season. Mills was solid in his first outing of the season, allowing two runs in two innings of work to go with three strikeouts. A large portion of that success came in the first inning as he struggled to get guys out in the second consistently.

Opposing him was former Pittsburgh Pirate Robbie Erlin, who gave the Dodgers a rare three-inning outing this time of year. Erling walked one and struck out three as he looked very good. Following a first inning that saw neither team get anything going, the Dodgers struck first in the second, grabbing the early lead.

Max Beaty started that rally by getting hit by a pitch before a single put runners on the corners. Looking to escape the inning without any damage, James Outman would make sure that didn't happen as his RBI single gave the Dodgers the lead and put them up 2-0. Give the Cubs, and in particular, their pitching credit, as those were the only two runs, they would allow on the day.

Following the outing by Mills, Scott Effross and Bryan Hudson took care of the next three innings, allowing a total of just one hit to go with three punchouts. Still trailing 2-0 in the sixth, the Cubs offense finally started to show signs of life as they went to work against Evan Phillips.

Phillips certainly struggled, as he allowed three hits and two runs in just 1/3 of an inning. Looking to have a big year in 2022, Clint Frazier led off the top of the sixth with a single to right field. Two batters later, Pete Crow-Armstrong added a single of his own, putting runners at first and second. Things continued to go the Cubs way as a passed ball by Tony Wolters moved both runners up.

Needing a hit to potentially tie the game, Chase Strumpf grabbed the hit the Cubs were looking for, but it was just an infield single to make things 2-1. The Cubs managed to tie things up on that play as a throwing error allowed Armstrong to trot home to tie things up 2-2. Andy Weber followed that up with a walk, but the next two hitters were retired, keeping things knotted 2-2.

With Matt Swarmer now on the mound for his first appearance of the season, the right-hander made quick work of the Dodgers facing one over the minimum over his two innings of work. In the eighth, a leadoff single from P.J. Higgins put the go-ahead run on first, but a double play erased any threat of that, keeping things tied.

Looking to finish the Cubs off in the ninth, Eric Stout was on for his second inning of work only to find himself in a difficult spot. A leadoff walk to Miguel Vargas put the winning run on first before the single from Jacob Carlos Amaya gave the Dodgers a pair of runners with no outs. After Stout responded with a couple of pop-outs, Andy Pages took a walk loading the bases. Fortunately for Stout, he recovered as he punched out Andy Burns to end the threat and secured the 2-2 tie on the day.