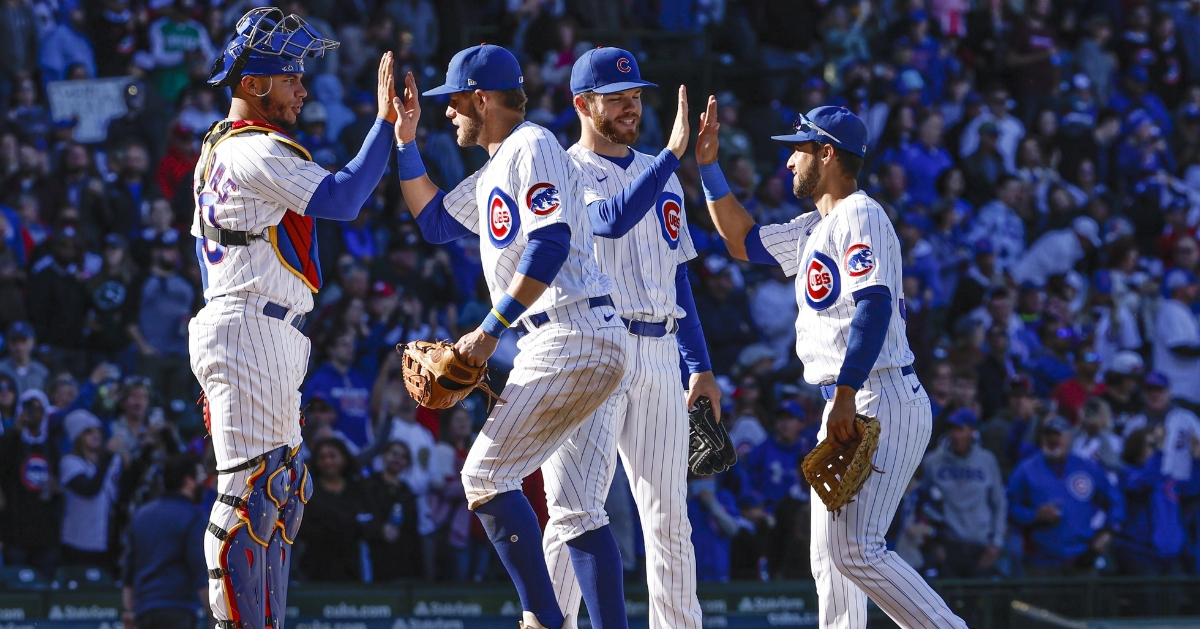 CHICAGO - The Chicago Cubs may be on to something here, especially regarding the 2023 season. After struggling most of the year, this team has been one of the best in the National League since the all-star break and has been exceptional during the last two weeks of September.

While most of the attention has been put on the young guns the past few weeks, and for a good reason, the Cubs still have some veterans on this team that are looking to make a case to be back next season. One of those guys is left-hander Drew Smyly, who returned to the rotation after missing his last few starts.

In what might be his final start as a Cub, Smyly was on a pitch count, but did what he needed to do to get the job done as he went three innings and allowed one run on four hits during that time. His ERA fell to 3.47 for the season, and the more he pitches, the more he is making a case to join the team next year in some regard.

Other pitchers that gave the Cubs multiple innings were Adbert Alzolay, and Wade Miley, as both of them, are looking to finish the season. Marred by injuries all season, Alzolay was dominant in his three innings of work, striking out four without allowing a hit, while Miley picked up the win following two scoreless frames of his own. Manny Rodriguez and Brandon Hughes combined to finish off the ninth inning, with Hughes picking up his eighth save of the season.

Regarding the offense on Saturday, it was another one of those nail-biter games as the offense was at a premium. That is because Nick Lodolo helped keep his team in it by allowing one run in five innings. He struck out five, but his five walks were the bigger issue as his outing was cut shorter, with the bullpen taking over in the sixth.

Kyle Farmer was the Reds offense in the early stages as he picked up a single in his first at-bat before coming up huge in his second. Still, the game was deadlocked 0-0 heading into the bottom of the second despite a double by Aristidis Aquino coming in the second inning.

With two outs in their half of the second, the Cubs cashed in with the game's first run as David Bote showed great patience to keep the inning alive with a walk. Nelson Velazquez would then put the Cubs in front two pitches later as his RBI triple put the Cubs in front 1-0. Walks to Christopher Morel and Willson Contreras had the Cubs in a bases-loaded situation, but nothing more came from it.

Speaking of Farmer, he picked up the Reds lone RBI in the game, which happened to come in the third inning. A two-out double from Spencer Steer kept the inning alive before Farmer came through with an RBI single to make things 1-1. That would be it for the Reds offensively as the Cubs pitching continued to steal the show.

Looking to add on in the fourth, Velazquez was hit by a pitch with two outs, while a Morel single put a pair of runners on base. Like Smyly, Lodolo was able to wiggle in and out of trouble and got through the fourth without allowing further damage.

That score would hold until the bottom of the seventh as neither team could get much going after the third. Thankfully for the Cubs, this team has an unbelievable heart and is playing with the most confidence they have had all season as Suzuki unloaded for the go-ahead and game-winning homer to give the Cubs a 2-1 lead late.

That would be all the Cubs would need as they allowed just two baserunners the rest of the way to clinch the victory as they continue to play unbelievable baseball. Hits were hard to come by for either team, with the Reds grabbing four and the Cubs picking up three. Velazquez, Suzuki, and Morel had the hits for Chicago. Ian Happ may not have gotten a hit, but with two more walks, he keeps his amazing OPS against the Reds going as it remains over 1.000.