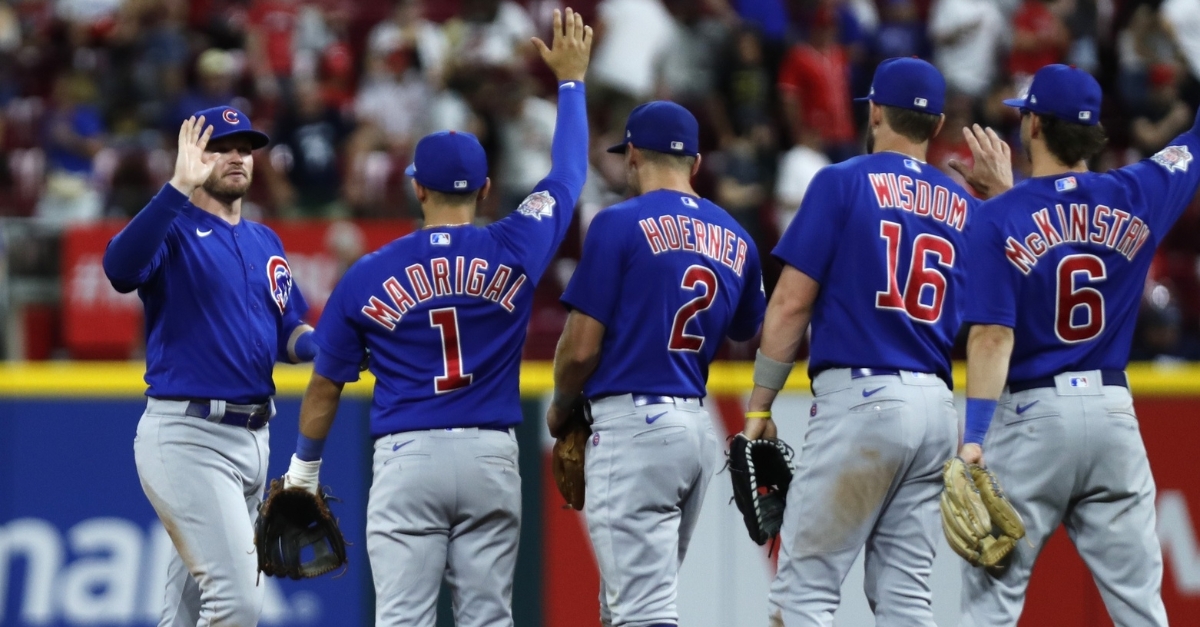 CINCINNATI - Typically, when you go through a 162-game baseball season, players tend to have their best averages at home. A big reason for that is having to play 81-games at their home venue and just having the comfort of the familiar layout in your back pocket.

For the Chicago Cubs (47-65) and Ian Happ, he continues to use another venue as his Home away from Home as The Great American Ballpark has treated him well over the years. Of all the parks he has played, that is where he has the best results, and following another four-rbi night to knock off the Cincinnati Reds (44-68), you can see why.

Ian Happ is the only @Cubs hitter with 10+ HRs in each of his first six seasons. pic.twitter.com/LEBLSFO1MZ

As the Cubs push towards the final month of the season, they will have a lot of decisions to make, which could affect what the roster looks like next season. Fans heard Tom Ricketts speak the other day again about being big spenders, so we will see how serious it is about that.

One of the decisions the Cubs will have to make is regarding Adrian Sampson and where he fits on this team. Across the past two seasons, Sampson has shown he can handle a starting role, but still may not be part of the team's future to do that. He took the ball again on Thursday, and despite just lasting four innings, he struck out six and allowed two runs to give the Cubs a chance.

Fortunately for him, the Cubs did just enough against Graham Ashcraft to give Sampson the lead before the Reds bullpen struggled late in the game. Ashcraft has been good all season, as his ERA is 3.96. This was following his 6 1/3 inning outing where he allowed three runs and struck out four.

For Sampson, his last few outings have seen him victimized by the big inning, and that was something he set out not wanting to be involved with. With Jake Fraley leading off the inning with a double, it didn't make things easy for Sampson, who allowed a Kyle Farmer RBI single to give the Reds a 1-0 lead early. That would be all he allowed in that inning, as he was fortunate to escape the big one for now.

While the Reds had no issues scoring early, the Cubs offense struggled to get much of anything going as singles in the second and third inning mixed with a hit by pitch was all they could do on the bases. That was until the fourth inning, when the offense started to wake up.

Following a fielding error that allowed Seiya Suzuki to reach, Franmil Reyes made the Reds pay for that mistake as he went deep for his first as a Cub to make things 2-1. Add in a Nico Hoerner walk and the Patrick Wisdom single, and the Cubs were in business only to stall out in the end. With Sampson striking out the side in the bottom of the fourth, it was the Cubs offense getting going in the fifth again as they kept the pressure on Ashcraft.

Not only did Nick Madrigal lead things off with a single, but the Willson Contreras walk put a pair of runners on with no outs. Four pitches later saw Happ drive in his first run of the game with a single as the Cubs pushed their lead to 3-1. Entering to pitch the bottom of the fifth for the Cubs was Sean Newcomb, who, despite allowing a Farmer single to make things 3-2, was very good.

The left-hander not only gave the Cubs two great innings, but did so in an overpowering fashion as he walked two and struck out five. Should that continue, you are looking at a potential X-factor in the pen the rest of the way. Looking to put the game away in the seventh, it was the top of the order that was up to the task as Madrigal got things started with a one-out walk.

The Contreras single followed that, and just like that, the Cubs had a pair of runners on and just one out. At this point, all the Cubs wanted was another hit to extend the lead, but Happ did so much more, leaving the yard for his 10th homer and stretching things out to 6-2.

Brandon Hughes took over for Newcomb and tossed a scoreless frame before handing things off to Erich Uelmen for the final two innings. With a comfortable lead in hand and on the verge of winning this game, Contreras delivered the exclamation point as his ninth-inning homer made things 7-2, and the Cubs won by that score to take another series victory.

Not only did Happ lead the way with four RBIs, but he was one of several players to record two hits. He joined Reyes and Contreras as those three were responsible for all seven RBIs.