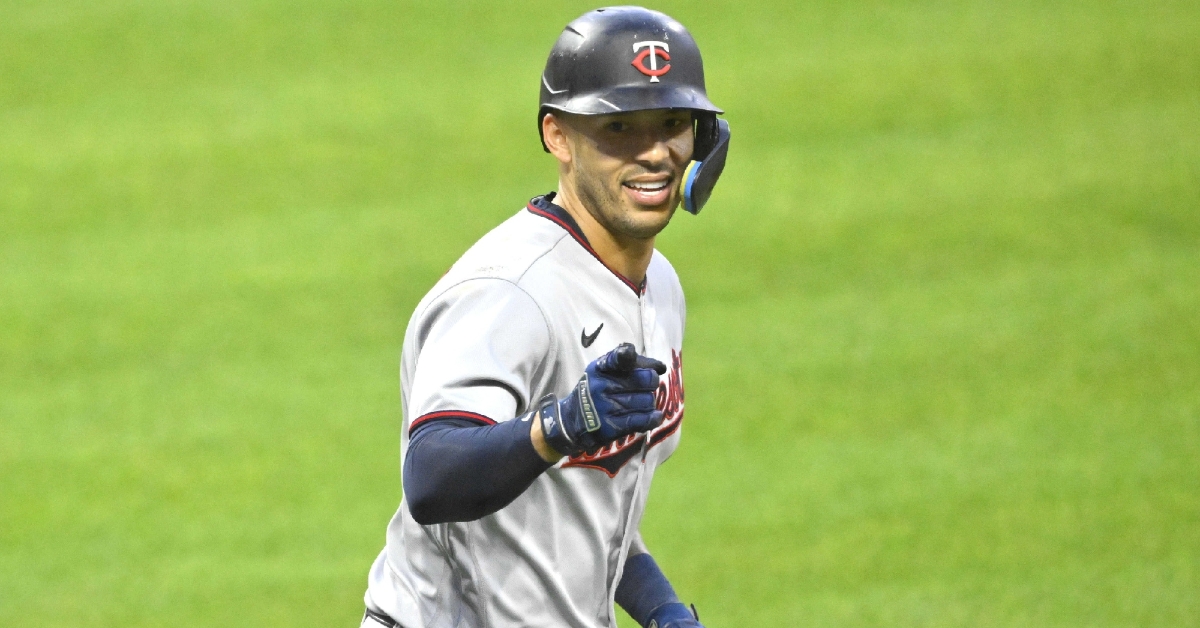 It has been well reported early on in the offseason that the Cubs will be frequently featured and linked to a plethora of players via free agency or the trade market. The Cubs are coming off their second straight losing season, and are in the midst of their second full rebuild in the last decade.

Taking COVID out of the picture, the Cubs just had their lowest season-wide attendance since 1997, according to baseball reference — so fans are obviously frustrated with ownership’s lack of wildness to spend in order to supplement the product on the field, all of course while fans are forced to fork over baseball’s most expensive fan experience just to watch a team with no playoff hopes.

So this offseason is crucial for Jed Hoyer and the Cubs. The back half of the 2022 season pointed toward a positive future, and the easiest way to make that future more positive and arrive sooner is to acquire talented players — which the Cubs, according to Hoyer, have intentions to do this winter.

It’s early in the offseason, but the Cubs have been linked to a multitude of names this offseason, and we are gonna break down the latest. Jose Abreu was one of the rumors, but he has since signed a multiyear contract with the reigning champion Houston Astros.

Let’s start with the hitters:

Early on in the offseason, Correa has been the player linked to the Cubs most. Correa was a free agent last year and signed a massive deal with the Minnesota Twins that included an opt-out clause after the first season. Then Correa terminated his relationship with that agent, joined Scott Boras, and opted out after a season in which he hit .291 with 22 home runs and accumulated a 5.4 WAR. Correa is 28 years old, plays an excellent shortstop, is a known winner, and does not have a weakness on the baseball field — as he can hit for power, contact, defend, steal bases, and has a rocket of an arm.

The one knock on Correa is his nagging health, as the Puerto Rican-born shortstop has played more than 140 games just twice in his eight-year career. The other lingering caveat in his story is that he is represented by Boras, who is known to try to milk every penny out of a potential contract — which has scared the Cubs away in the past and favored bidders like the Dodgers, Mets, and Yankees.

Xander Bogaerts is the next in the elite class of shortstops available on the market this winter. He is 30 years old, and has spent his entire 10-year career thus far with Boston — an organization Jed Hoyer is very familiar with. Bogaerts is the worst defensive shortstop of the four on the market, but may quietly sport the best bat. He has hit at least .290 in each of the last four seasons, and has a career OPS north of .800. From the right side of the plate, Bogaerts has been as consistent as they come in any lineup — and his gap-to-gap power would be welcome at Wrigley.

It is possible Trea Turner may be the fastest player in the MLB, and that is not his only tool. Playable anywhere in the middle of the baseball diamond, Turner has changed games with his legs since his debut in 2015. With already one batting title to his name, Turner is always in the mix for the league’s best batting average and most stolen bases — pair that with his sneaky power and game-changing range — the 29-year-old could fit very well with the Cubs.

Dansby Swanson would likely be the least costly of the four available elite free agent shortstops, but there is no secret he is still an elite shortstop. Swanson has been a staple in the Atlanta Braves' batting order and has a World Series ring of late to show for it (all of these short stops do). Swanson just took home the 2022 Gold Glove at shortstop, so it appears that’s where he’ll stay — and he adds run producing element (88 or more in each of the last two seasons) to pair with power that is rare to see from a shortstop.

Bell is a player the Cubs are very familiar with, as he spent the first five years of his seven-year career with the Pittsburgh Pirates. He is a switch-hitting power threat, as he averages 25 homers and 89 RBI per season. Bell was enjoying a resurgent campaign in 2022 with Washington and was dealt to San Diego in the Juan Soto deal at the trade deadline. Bell is 30 years old and could be the Cubs' answer at first base or designated hitter.

Cody Bellinger is one of the most interesting players on the market this off-season. Bellinger set the MLB on fire from 2017-2019, winning Rookie of the Year and MVP in his first three seasons. Bellinger played a big role in the Dodgers team that won the World Series in 2020 as well — as his long looping left-handed swing has produced an average of 33 big flies per season. However, his production has dropped off dramatically since the pandemic — as he has actually been one of the league’s least productive hitters statistically over the course of the last two seasons, which is why the Dodgers non-tendered him after the 2022 season. The Cubs, and many around the industry, think a change of scenery for Bellinger could help him return to all-star form. Bellinger can play the outfield and first base and hits from the left side of the plate — all of which checks the boxes the Cubs are looking for this offseason.

Kiermaier is known around baseball to be the best defensive center fielder in the sport. The 32-year-old has spent all 10 of his season in Tampa Bay and has won three gold gloves during that time. Offensively he is nothing special, with above-average speed and contact skills — the Cubs would be signing Kiemaier to shore up their outlook defensively in the outfield.

Andrew Benintendi is another former Red Sox who is hitting the open market this winter. The lefty is a five-tool player, which has above-average contact, speed, and excellent defense in the outfield. The 28-year-old has some sneaky power as well from the left side of the plate and is just an all-around winner. Benintendi seems to be a role player with potential all-star status who will attract a lot of suitors this off-season.

Nimmo is a nice piece to add to any roster. The 29-year-old is elite defensively, has above-average speed, and has been a solid leadoff hitter in his career. At his best, Nimmo is a 300/400/450 player, with the potential to hit 15-20 home runs. Nimmo has never fully broken out to be the all-star he was anticipated to be, but the Cubs may take a flier on him, as he has proven to be a solid big leaguer.

Stay tuned for our pitchers' portion.