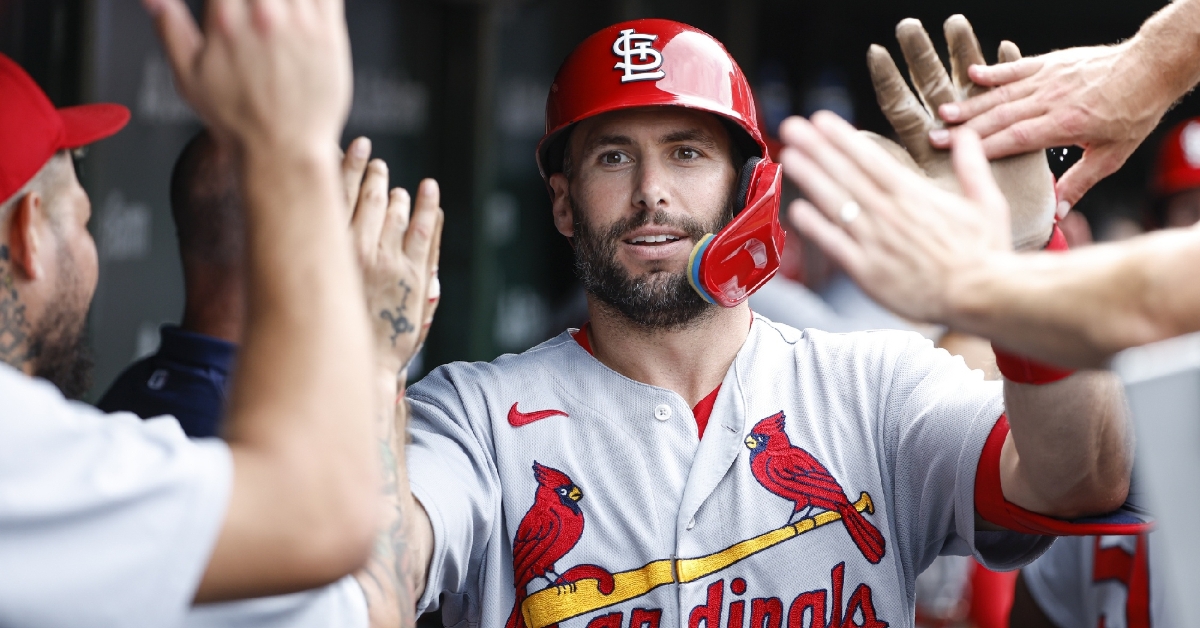 CHICAGO - When this five-game set against the St. Louis Cardinals (72-53) at Wrigley Field was set to kick off, you didn't like the Chicago Cubs (54-71) chances too much. Starting with the pitching matchups and two of the five games featuring AAA guys, one player making his MLB debut and the other returning to the show for the first time since 2019.

Ironically, those were the two games the Cubs won, and with the series tied 2-2, the Cubs had a chance to claim the series on Thursday with Marcus Stroman going to the mound. Coming off arguably his best start of the season against the Brewers, Stroman took a significant step back as the right-hander allowed five runs on an ugly 11 hits in just five innings. That was more than enough for the Cardinals, who claimed the series win 8-3.

Squaring off against Stroman was the hometown kid Dakota Hudson. Looking to put a solid finish to his season together, Hudson gave the Cardinals some much-needed length going seven innings on the mound and allowing just two runs to record his seventh win of the season. Hudson was good, but he didn't have to be as Paul Goldschmidt solidified his MVP case with a massive five-RBI day at the plate to carry the Cardinals offense.

Most of this series has seen the Cardinals offense get off to a slow start before coming to life toward the middle of the game. That was not the case in this one, as the Cardinals came out firing to grab an early lead and never look back. With one out in the first, Stroman briefly lost his command as he walked the next two hitters.

That would come back to haunt him with Corey Dickerson and Nolan Gorman adding RBI singles to put the Cardinals in front 2-0. Tyler O'Neill extended that lead with a sacrifice fly before Stroman got out of the inning without further damage. As rough as that first inning was, Stroman did manage to settle in a little bit after, allowing the Cubs offense to battle back.

A leadoff double by Ian Happ in the second was a great start as he came around to score on the Franmil Reyes single to make things 3-1. One inning later, the same story with Zach McKinstry leading things off with a single before the Seiya Suzuki single put a pair of runners on base. That set the stage for Ian Happ, who made it three singles in the inning and brought the Cubs to within 3-2.

That would be as close as the Cubs would get, with the Cardinals putting the game away in the fourth and scoring five unanswered runs. Like the first inning that saw Stroman retire the first hitter he faced, it was the Cardinals singling him to death as Andrew Knizer, Lars Nootbaar, and Brendan Donovan connect for singles to load the bases.

Facing a dangerous hitter in Goldschmidt, Stroman minimized most of the damage, but still allowed his fourth consecutive single to give the Cardinals a 5-2 lead. That hit proved to be the game-winner, but the MVP front runner wasn't done in what would be a massive finish to the game for him.

With the bullpen taking over for Stroman in the sixth, Goldschmidt continued his already strong game with a solo homer off Sean Newcomb to extend the red birds lead to 6-2. Add in the Tommy Edman two-out triple in the seventh off Michael Rucker, and the Cardinals had another opportunity to score, but couldn't get him in from third.

Moving to the eighth and with Kervin Castro on the mound, Goldschmidt continued to make a case to be named the NL MVP as he belted a long two-run shot to cap off his two-homer and five RBI day with the Cardinals now leading 8-2. Not only did he finish the game with those five RBIs, but he was responsible for the five unanswered runs that the Cardinals put up to pull away.

After pulling to within one run in the third inning, the Cubs offense went quiet for the rest of the game, but it started to show signs of life in the eighth. With Hudson out of the game and Packy Naughton on the mound, the Cubs began to rally, with Nico Hoerner and Suzuki picking up hits to put a pair of runners on base.

That brought the guy the Cubs wanted up to bat as Happ put together a great final two games of the series, including his double in the eighth inning to make things 8-3. That was it as Jordan Hicks came in to retire the final two hitters in the eighth and then retired the side in order in the ninth to lock down the 8-3 win.

Happ paced the offense with three of the team's eight hits and added two RBIs, while Suzuki recorded two more hits to bring his average back to .250. McKinstry, Hoerner, and Reyes added the remaining three hits.