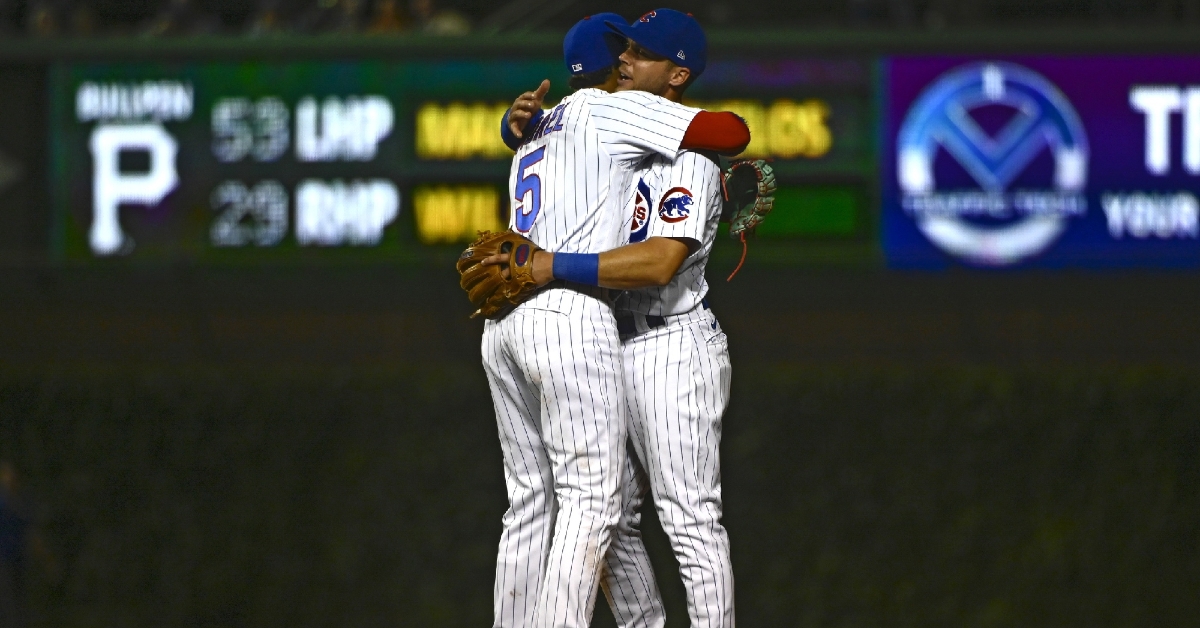 CHICAGO - Don't look now, but the Chicago Cubs (39-57) haven't lost since the All-Star break and are one of the hottest teams in baseball. In front of a packed Wrigley Field crown on Monday, which happened to be their largest crowd in nearly two months, the Cubs returned home for the first time since the all-star break looking to remain unbeaten.

Standing in their way were the Pittsburgh Pirates (40-57), who are currently in third place in the NL Central, but not by once. Led by another strong pitching performance by Adrian Sampson and some timely hitting by Nico Hoerner, the Cubs managed to take down the Buccos 3-2 to earn their fifth straight win. The win also gives the Cubs their longest streak of the season, so there is something positive to talk about.

One thing you notice since the break has been the Cubs starting pitching, as they have allowed a total of seven runs in four games. That is pretty impressive when you look at how different their rotation is, and when you get pitching like that, you will win many games.

Sampson has been a godsend in the rotation since joining it and has given the Cubs at least five innings in every outing. Not only that, but with a 3.20 ERA, he has limited teams to two runs or less in all, but one start as he continues to make a case for himself to be a starter next season.

Despite not being a high strikeout guy, Sampson continued to deliver on Monday, where he may have put together his best outing of the season as he gave the Cubs seven innings of two-run ball with three punchouts. Unfortunately for him, he took a no-decision as JT Brubaker was equally as good, allowing two runs in just over six innings of work.

As good as Sampson was, he was a bit shaky in the early innings, which helped the Pirates grab a 1-0 lead in the second. Ben Gamel started that inning with a leadoff double and was standing on third with two outs. That is when O'Neil Cruz came to the plate and delivered the RBI knock to put the Pirates in front 1-0.

The Cubs didn't wait long to even things back up as Ian Happ led off the bottom of the second with a double of his own before coming home to score on the Hoerner single as his great season continued. One inning later saw the Cubs not only grab the lead with a Rafael Ortega homer, but saw Willson Contreras follow that up with a double before being stranded on the bases.

Looking to add to their lead in the fourth, Hoerner worked a one-out walk to put a runner on base before Patrick Wisdom laced a double to left. On that same play, Hoerner tried to score as he was gunned down at the plate to keep things 2-1. Considering Frank Schwindel worked a walk immediately after, that play proved costly as the Cubs could have scored more to add to their lead.

Making mistakes on the bases was a common theme for the Cubs all night, but at least they were aggressive mistakes and not dumb. With Hoerner being erased in the bottom of the fourth, the Pirates made Sampson and the Cubs play in the fifth as two-out doubles from Tyler Heineman and Josh VanMeter tied the game up 2-2 with Sampson nearing the end of his night.

He managed to get through the sixth and seventh innings, as he finished the night with exactly 100 pitches and was set to turn things over to the pen in the eighth. With Schwindel leading off the bottom of the seventh with a single, Derrick Shelton felt the end was near for Brubaker and pulled him in favor of former Cub Duane Underwood Jr.

For the most part, Underwood Jr was good as he walked a batter, but saw a caught stealing put an end to the Cubs potential rally. Mychal Givens then ran into some trouble of his own in the eight as he allowed a two-out single by Ke'Bryan Hayes before walking Gamel to put a pair of runners on. Givens made the pitches he needed to make and got out of the inning damage free with the Cubs coming to bat in the eighth.

What looked to be the start of a 1,2,3 inning turned into gold as Seiya Suzuki reached on a one-out error to set the Cubs offense up. After VanMeter made a great play to take a hit away from Happ, the Cubs had exactly who they wanted at the plate in Hoerner. With just one pitch, Hoerner put the Cubs in front for good as his RBI double to right scored Suzuki and gave the Cubs a 3-2 lead heading to the ninth.

Scott Effross took care of things from there as he limited the Pirates to just one hit in the ninth and secured his first career save in the Cubs 3-2 win over Pittsburgh. Ortega picked up a much-needed two-hit game and was joined by Happ and Hoerner as the Cubs had nine hits in the win.