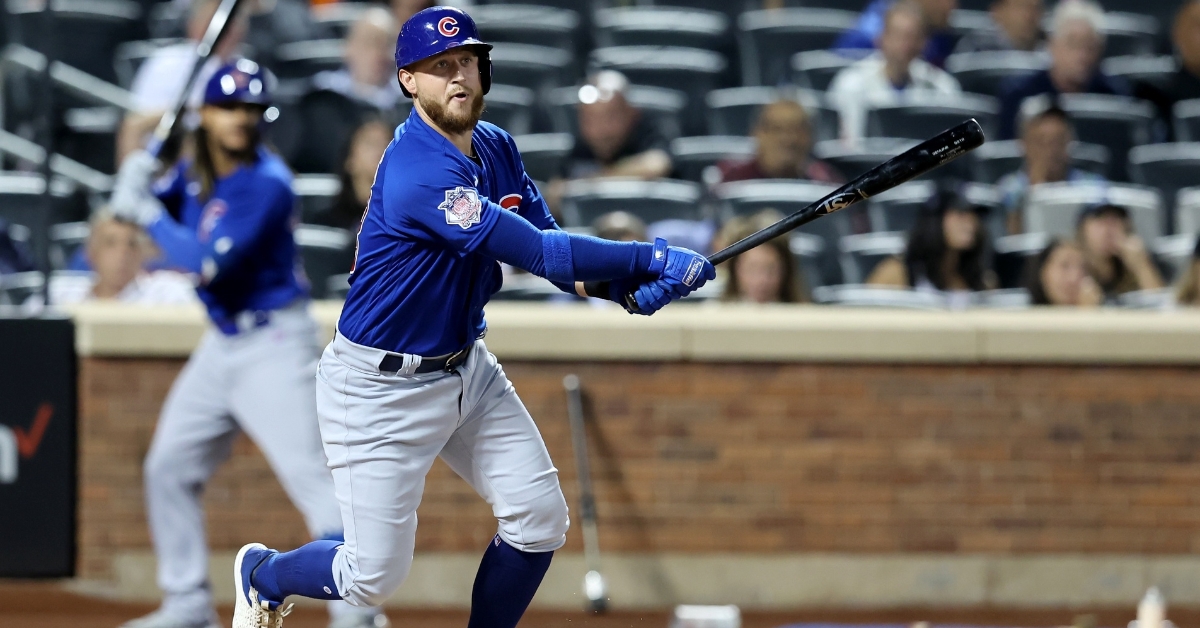 NEW YORK - OH, HOW SWEEP it is as the Chicago Cubs (61-82) knocked off the New York Mets (89-55) 6-3 to close out the sweep at Citi Field. Sometimes less is more, and for the Cubs, all they would need is one big inning to take the victory as they scored six times in the first to top the Mets.

That would be all they would need as Drew Smyly and company did their part, and now the Cubs get set to return home where they could potentially win another series. Throughout the second half of the season, Smyly has been as consistent as they come, as 11 of his last 13 starts have seen him allow two runs or less.

Following a five-inning performance where he struck out five and allowed two runs (1 ER), that streak continues as he has been great for the Cubs this season. His ERA is now sitting at 3.48 and continues to go down. David Peterson was on the mound for the Mets as he was looking to avenge the previous two games.

Instead, Peterson gave the Mets his worst outing of the season as he lasted just one-third of an inning and was charged with five of the six earned runs as his night was one to forget. Command was an issue for Peterson throughout his start as he not only walked Christopher Morel to start the game, but walked the first three batters he faced to load the bases.

Following a strikeout that set up what could be an inning-ending double play, it was time for the Cubs offense to play doubles brigade as they began to break out the lumber. Yan Gomes opened the scoring with an RBI double to give the Cubs the lead for good 2-0. Two pitches later saw PJ Higgins add an RBI double of his own as the Cubs not only extended their lead to 4-0, but that was the game-winning hit in the game.

With Trevor Williams now on to pitch for Peterson, the Cubs continued their doubles party with Michael Hermosillo making it three doubles in a row to make things 5-0, while the Nelson Velazquez single capped off the scoring for the Cubs, but had them leading 6-0 after one inning.

Typically, you would like to see your offense spread out their runs throughout the game, but the Cubs didn't need to, and that is ok as they did what they needed to do to win. That made life a lot easier for Smyly, who got off to a great start before allowing his first hit to Tomas Nido in the third. Unfortunately, that hit was also a home run as the Mets were on the board, but still trailing 6-1.

New York continued to claw back in the fifth as singles by Eduardo Escobar and Darin Ruf helped put the Mets offense in business while an error made things 6-2. That inning would be the last for Smyly as David Ross went to the bullpen to finish things off. Considering that former Cub Trevor Williams delivered one of his best, if not his best, relief appearnace all season, the Cubs need to start taking notes on what some of these GMS have done when building a bullpen.

Williams gave the Mets 4 1/3 innings out of the pen and was charged with one earned run. Williams also struck out eight compared to just one walk as he has been nothing short of excellent all season. Following a scoreless sixth by Erich Uelmen, Rowan Wick was on to pitch the seventh and worked around singles from Luis Guillorme and Nido to keep things 6-2.

One inning later saw the Mets score their final run of the game as Pete Alonso took Michael Rucker deep to make things 6-3. Looking to add on in the ninth inning, the Cubs had their chance as Morel worked a walk followed by a Seiya Suzuki hit by a pitch from Mychal Givens. Unfortunately, the Cubs came away empty-handed, but to make matters worse, Suzuki will be getting X-rays on his wrist Thursday.

Down to their final three outs, it was Mark Leiter on to convert the save, and despite walking, the leadoff man did just that as the Cubs doubled up the Mets 6-3 to cap off an impressive sweep. The Cubs had two hits in the game, with Velazquez and Higgins leading the way with two. Gomes, Hermosillo, and Suzuki added the rest of those hits.