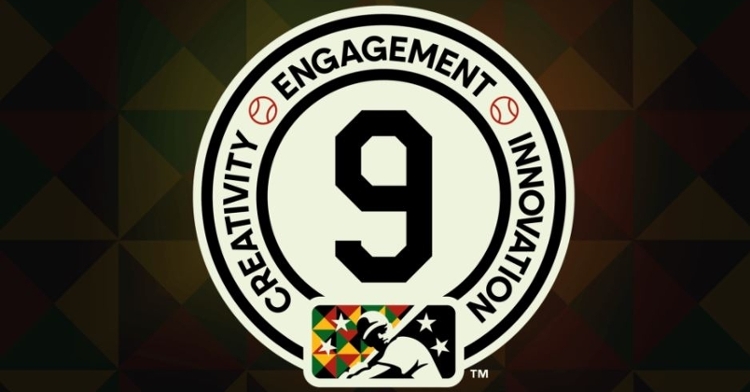 There isn't a ton of news regarding baseball at the moment, so anything at this is positive. After hearing that MLB negotiation talks were heated again yesterday and a delay of Spring Training is likely going to happen, making things with fans uneasy at this point. It pains me to say this, but we could be looking at another shortened MLB season if these sides can't reach an agreement soon.

While the MLB landscape is on hiatus, MILB continues to operate as normal, and there are tons of baseball fans who are more excited than ever for the minor league season to start. Not only will they have their first typical season in three years, but fans will have some form of professional baseball as early as April should this lockout extend into the regular season.

With February being Black History Month in America, Minor League Baseball is doing their part to honor some of the Black Baseball Pioneers of the Sport and have created a new program called THE NINE. This program is a new black community focused outreach platform specifically designed to honor and celebrate the historic impact numerous black baseball pioneers made on the sport. It will also provide new opportunities for youth baseball and softball participation, further diversify the business of baseball, and embrace millions of passionate fans throughout MiLB's 120 communities nationwide. That means where ever there is a Minor League team; this program will be in full effect, which is an excellent thing for the future of Minor League Baseball.

Much like the No.42 in MLB, which happens to be Jackie Robinson's number, THE NINE also follows that sentiment as that is the number Robinson wore during his only season in the Minor Leagues with the Montreal Royals in 1946. This new program will connect MILB teams existing Black-community-focused development efforts with new national programming and future special events in a coordinated and centralized campaign. The latest inclusion initiative follows MiLB's Copa de la Diversión -- the Latino fan engagement platform introduced in 2017 that included 76 MiLB teams in 2021. We know baseball is becoming a much more diverse platform, so what better way to promote that than installing this program.

“The Nine will shine bright spotlights on these successful initiatives and transform them into national campaigns reaching more fans and communities, further showcasing our teams’ commitment to representing, honoring, and welcoming all fans to MiLB’s unique brand of fun,” said Kurt Hunzeker, MLB’s Vice President of Minor League Business Operations. “The Nine is just the latest example of MiLB teams being true community champions.”

The Nine will recognize and honor numerous Black pioneers and trailblazing civil rights leaders in all 120 MiLB communities, ensuring the heroes of the past and their contributions continue to be celebrated through ceremonies and events at MiLB ballparks and in the community. Black History isn't talked about enough in this country, so why not give fans a history lesson about the greats that helped pave the way for minor league baseball.

Recent tributes and celebrations have included Negro Leagues commemorative games honoring the Austin Black Senators in Round Rock (TX), the Bradenton (FL) Nine Devils, and Page Fence Giants near Lansing (MI). Additional tribute games are being planned for the 2022 season and beyond. That is something the Minor Leagues could look at where they dedicate a week to the Negro Leagues and use old-school jerseys to honor the players involved during those times.

Not all of this will be player and team-related, as getting the community involved is equally as important. In addition to the player- and team-related content, The Nine will focus heavily on creating new opportunities for youth participation among young Black boys and girls, particularly in communities where youth baseball and softball programming is nonexistent or difficult to access. The more options these kids have at a young age, the better the future of the sport will be. Central to this youth-focused push is a planned expansion of Major League Baseball's Reviving Baseball in Inner Cities (RBI)

Program throughout MiLB's national footprint. In MLB's Pitch, Hit & Run, and Junior Home Run Derby event series, new competitions will also debut in MiLB markets beginning in 2022. Much like the punt pass and kick program the NFL does, the Pitch, Hit, and Run program gives youth students a chance to showcase their skills in a fun and safe manner.

MiLB teams will continue to build relationships with local Black-owned and operated businesses, local artists, and entertainers to embrace Black culture and make MiLB ballparks a hub for culturally relevant concerts, shows, and community events. Everyone needs to do their part in helping recognize the black pioneers of this great game, and this is the perfect way to go about it.