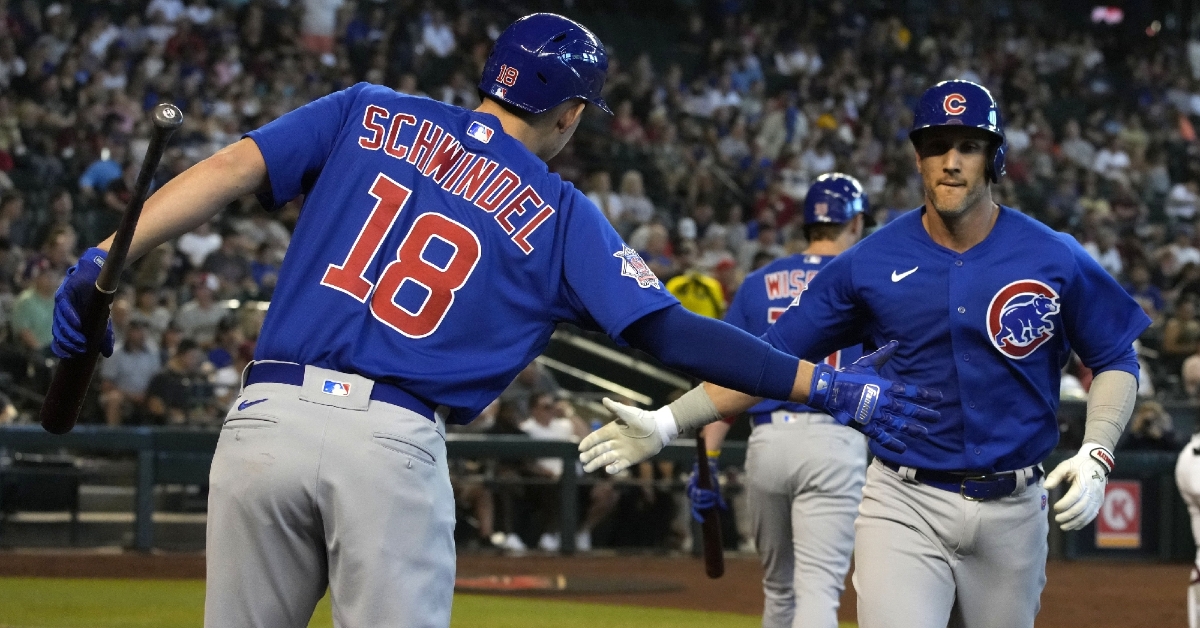 PHOENIX - They always say that good pitching will beat good hitting. The Arizona Diamondbacks (18-16) certainly have the pitching to win games. Entering Saturday with the second-best ERA in baseball behind only the Los Angeles Dodgers, the Diamondbacks turned to Zac Gallen and his 1.05 ERA to get the job done.

Countering him was Kyle Hendricks as he was coming off his best start of the season at San Diego. Hoping to get back on track, the Chicago Cubs (12-20) found out firsthand how tough Gallen has been this season as he allowed just one run in six innings of work as his fantastic start to the season continues.

Despite not his best start of the game, at least command-wise, Hendricks did his best to get things out as he worked 5 2/3 innings and allowed just one run on five hits. He walked two and struck out two as his ERA falls to 4.03 following his last two starts.

All it took for the Cubs to come away with a win in this one was a late-game rally off Mark Melancon as the Cubs pushed across three runs in the ninth inning to close things out 4-2 for the win. It guarantees them at least a .500 mark on this trip which is all you can ask for when you go out west.

Hendricks was immediately put behind the eight ball in the first inning, working around a walk and a hit by a pitch to keep things tied 0-0. Things didn't get much better for him in the second. Walking Ketel Marte to open the inning before the Nick Ahmed single made things 1-0 in favor of Arizona. Those two walks were not good, but they were the only walks Hendricks would allow as he started to settle in nicely after that.

Hits were not easy to come by for Chicago as they were held to just one hit through three innings. That all changed in the fourth inning when Yan Gomes unloaded for his second homer of the season to tie things up 1-1. That would be the rest of the offense until the ninth inning as both teams continued to dominate on the mound.

While the Cubs generated four hits, the Diamondbacks managed to double that production as they came away with eight hits. Some of those were leadoff hits, but you have to give Hendricks and the Cubs staff credit for stranding the runners they let reach base.

A leadoff Daulton Varsho double to open the fifth was not a good sign for Hendricks, but he did his job to recover and kept things tied. Hendricks would allow another double to Alek Thomas in the sixth, signaling the end of the line for him as Scott Effross finished things off in the sixth.

In what now was a battle of the bullpens, Noe Ramirez was first out of the pen for Arizona, while Daniel Norris was next for the Cubs. Norris was especially strong, striking out the side in the seventh for possibly his best outing of the season.

Joe Mantiply took care of the Cubs in the top half of the eighth while Mychal Givens worked around a bottom of the eighth single from the Diamondbacks and sent the game to the ninth with a 1-1 tie.

In the ninth, the Cubs offense started to come to life with Willson Contreras leading the inning off with a walk before the Seiya Suzuki single, and Ian Happ walk loaded the bases with no outs. Already with the lone RBI in hand, Gomes came through once again as his RBI single made things 2-1.

A bases-loaded walk to Rafael Ortega and an RBI groundout by Jason Heyward extended the lead to 4-1 as Rowan Wick was called on to secure the save. Looking to hold down the closer role until David Robertson returns from the IL, Wick had some trouble to deal with as a leadoff walk and a Seth Beer single had the Diamondbacks in business and the tying run coming to the plate.

Varsho kept the line moving after a strikeout as his RBI single made things 4-2 and had the Diamondbacks still threatening. That didn't bother Wick as he recovered to strike out the side in the ninth and preserved the 4-2 win for Chicago.

Unlike yesterday which saw the bottom of the order take care of business, the top of the order did the damage in this one, with Gomes leading the way with two his and two RBIs. Happ and Suzuki added the other two hits, with Ortega and Heyward pickup up RBIs.