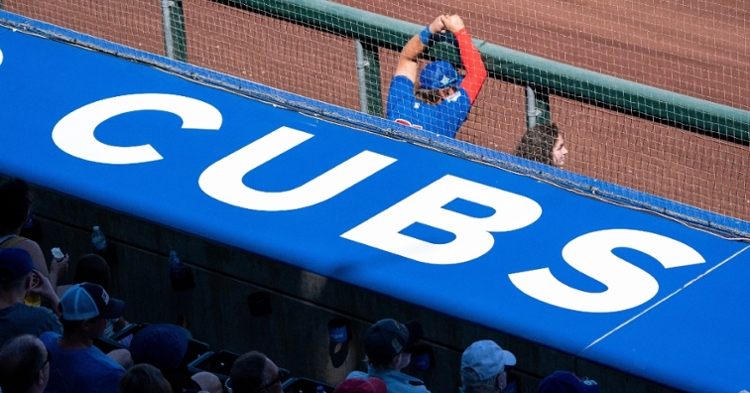 Facing off with the new look Indians, now called the Guardians, sent Jesse Chavez to the mound as he got the start. Signed to a minor league deal this offseason, Chavez has pitched well this spring, posting a 1.80 ERA thus far. He added to that with three scoreless frames on Sunday, walking one and striking out three to show David Ross why he was the right choice to add to the roster to begin the season.

Opposing him was Cal Quantrill, whose spring hasn't gone nearly as well, with him posting a 5.68 ERA. That ERA continued to rise as he allowed two runs in 3 2/3 innings of work in a 7-3 win for the Cubs. The Cubs wasted no time putting Quantrill on the ropes in the first inning as a little two-out magic got their offense going.

It all started with a Clint Frazier single, followed by a pair of walks to load the bases. Unfortunately, the Cubs were unable to cash in as Quantrill escaped with no damage. Now his turn to pitch in and out of trouble, Chavez ran into a bit of second inning trouble, allowing a pair of singles to go with a walk to load the bases. However, a couple of groundouts aided by a strikeout kept the Guardians off the board as the Cubs kept things 0-0.

Despite being unable to cash in early, the Cubs broke through in the third inning using a pair of runs for the 2-0 lead. Once again, Frazier was part of that rally picking up a one-out single to give the Cubs a baserunner. One batter later, Yan Gomes gave the CUbs a 1-0 lead with an RBI double before coming around to score on a Patrick Wisdom RBI double for the 2-0 lead. That would be it in terms of offense for a while as both teams began to settle in on the mound.

Following Chavez and his start came Stephen Gonsalves as the left-hander continues to make a case for an opening day spot. In his two innings, Gonsalves was near perfect, allowing just one hit to keep the Guardians offense in check. He was relieved by Robert Gsellmen as he is looking to end his spring on a high note after some rough outings to begin the spring.

Gellman couldn't have asked for a better start to his outing, giving the Cubs a pair of scoreless frames to keep things 2-0 before the Cubs offense came back to life in a big way in the eighth. With one down, Alfonso Rivas ripped a double to put a runner in scoring position before advancing to third on the Michael Hermosillo single.

After Ilderamo Vargas reached on an error to make things 3-0, Alexander Canario delivered the big blow as his three-run shot proved to be the game-winning hit and put the Cubs up 6-0. Not only did that homer cap off a four-run frame, but it was Canario's second homer in as many appearances for him as his raw power continues to be impressive.

Start your morning with an Alexander Canario moonshot ?? pic.twitter.com/3UazavEgKU

Despite their big eighth inning, the Cubs offense wasn't quite done as they were looking for more in the ninth. Once again, a two-out rally got things done, with Luis Vazquez keeping the inning rolling with a single. Ismael Mena followed that up with a walk to move Vazquez to second before the Bradlee Beesley infield single loaded the bases. An error on that Beesley single allowed Vazquez to trot home as the Cubs extended their lead to 7-0, heading to the bottom of the ninth.

Looking to close out the game was offseason acquisition Kevin McCarthy who still doesn't know where he fits on this team. McCarthy has had an interesting spring, to say the least, as he has had to pitch around plenty of traffic in his outings, having success in some of those outings.

This was not one of those outings, as McCarthy wasn't at his best. Despite striking out the first hitter he faced, McCarthy allowed two doubles and a triple to the next three hitters as the Guardians put an end to the shutout bid. A walk and RBI groundout later, it was 7-3, but McCarthy wouldn't allow things to get closer, inducing a game-ending groundout to seal the win.