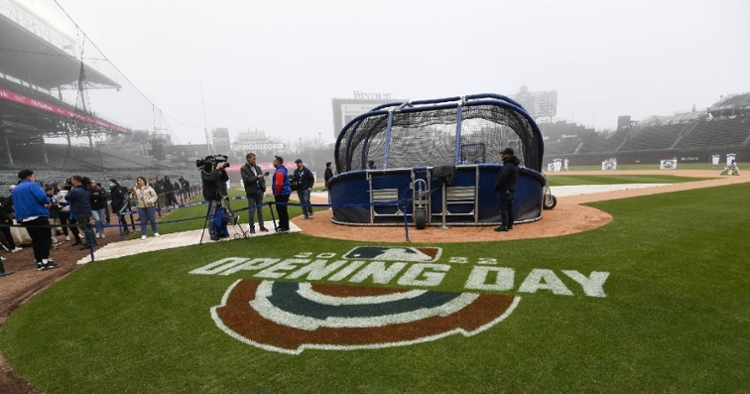 Maybe this team won't be as bad as everyone once thought.

The Cubs played exceptionally well as they finished the spring with an 11-7-3 record. Considering what PECOTA and many experts once thought of the Cubs this offseason, you have to wonder if their opinions could change.

Riding a three-game winning streak into the Spring finale, David Ross elected to sit most of his regular players and go with basically a minor league-looking lineup. With three roster spots still up for grabs, this was the perfect opportunity for some of those players to make one last impression with hopes of making the team.

Although the 11-5 scoreline in favor of Texas was a downside, there were still some noteworthy performances to take away from this game. After it was announced that Taylor Hearn would be the home opening starter for the Rangers next week, the lefty took the mound one last time this SpringSpring hoping to leave a lasting impression.

It didn't go as planned, at least not early on, as Rafael Ortega led off the game with a rare hit against a lefty reaching second base on a double. Ortega is in a unique position as he can earn an everyday role with better numbers off lefties. Another rare feat was a one-out walk by Patrick Wisdom, putting two runners on base with one out.

Speaking of roster bubble guys, Michael Hermosillo is one of those guys. If his first at-bat indicated what he could bring to the table, the Cubs might look to add him as his three-run shot gave the Cubs a 3-0 lead in the first.

Another roster bubble guy is Michael Rucker, looking to earn a spot in the bullpen. With that in mind, Rucker got the ball for the final spring start of the season. Much like Hearn, Rucker ran into some first-inning trouble, just not at the magnitude of Hearn. Brad Miller led things off with a single before coming home to score on the two-out Mitch Garver single.

Following a scoreless second inning by Scott Effross, who is also trying to make the roster, Eric Yardley entered to pitch the third and was roughed up yet again. Eli White got things started with Nick Sloak working a walk immediately after. Two batters later, Cameron Cauley made things 3-2 with an RBI single before Garver put the Rangers on top 4-3 with the two-run double.

Two batters later, the Rangers capped off their four-run frame as Adolis Garcia added a sacrifice fly to make things 5-3. Things only continued to worsen as the Rangers pushed across three more runs in the fifth and another run in the sixth to seize command of the game 9-3. Zion Bannister delivered the big hit in the fifth as his single brought home a pair to push the lead to 8-3. Nick Tanielu got in on the fun with his single in the sixth, and things were not looking good for the Cubs at this point.

Despite their offense going completely cold after the first inning, the Cubs were not about to quit as Josh Sborz was called on to pitch the seventh. The Cubs were helped by a fielding error to start the inning before Jordan Nwogu belted his first homer of the spring to make things 8-5.

Nwogu was the Cubs third-round pick in the 2020 MLB draft and is looking for a big second season in the minors this year.

One of the best things the spring finale brought was the opportunity for fans to see some of their minor league prospects. One of those players is fast-rising pitcher Danis Correa, who pitched well during his outing. Wyatt Short relieved him and worked a scoreless seventh as the Cubs were still within striking distance.

Things didn't go as smoothly in his second inning of work as opposed to his first as Short struggled with his command. Not only did he allow a leadoff single, but a trio of walks followed that and a wild pitch as the Rangers built their lead to 11-5 with still no outs.

Short managed to settle down a little bit and finished off the inning without any further damage as the Cubs had just three outs to work with until the game was over. Looking for some late-game magic, Miguel Pabon led the inning off by getting hit by a pitch before Nwogu singled to put two runners on base. Along with that single came an error as both runners moved into scoring position.

Hoping to come through with a big hit, the Cubs could not bring those runs across and had to settle for the 11-5 defeat to cap off the spring. Loss or not, this team had an excellent spring as they shift their focus to opening day on Thursday with the Milwaukee Brewers coming to town.