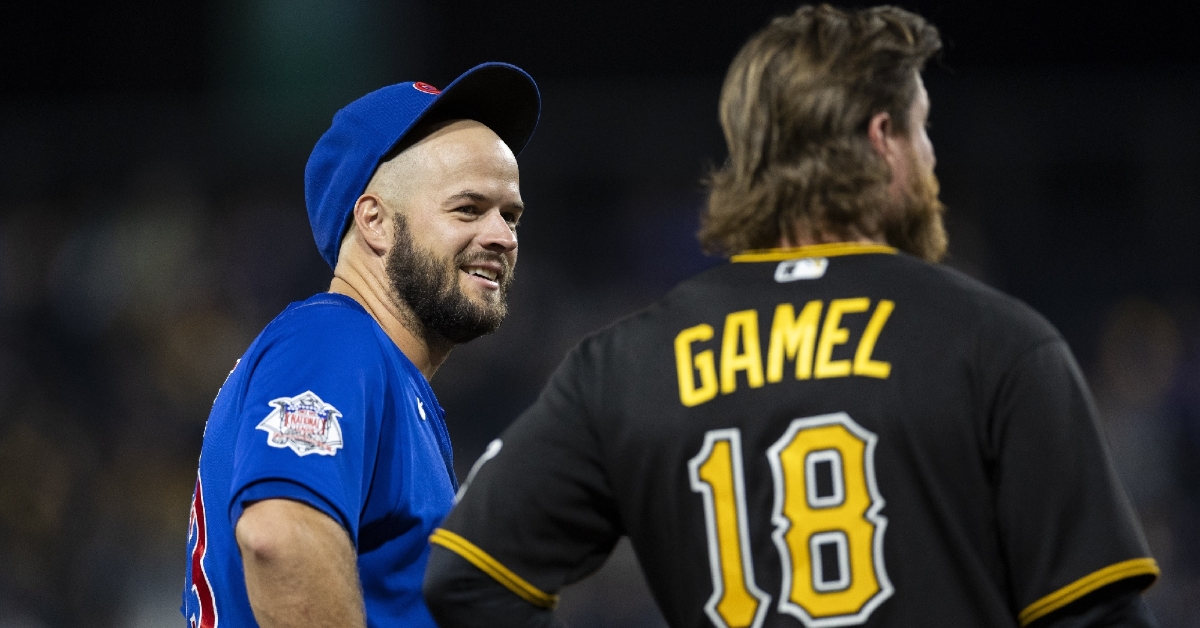 PITTSBURGH - Say what you want about the Chicago Cubs (66-86) and their season, the offensive woes, and the position they are in, but remember, it could be much worse. You could be the Pittsburgh Pirates (59-96), who seem to be in rebuild mode consistently and are embarking on one of their worst offensive seasons in recent memory.

Looking to extend their winning streak to five games and hand the Pirates a ninth straight loss at PNC Park on Saturday, the Pirates managed to come through as they topped the Cubs 6-0. For a team that has struggled as much as they have all season when it comes to hitting the baseball, the last few days have seen their offense come to life, and that could bode well for them next season.

On the mound for the Cubs is Wade Miley as he continues to try and pitch his way into a starting spot next year. Despite his limited work this season, Miley has been consistent and good on the mound, which is all you can ask for from a 37-year-old.

Miley was not at his best on Saturday, but the defense didn't do much to help him as he allowed three runs in four innings, but only one was earned. His ERA remains a solid 3.34 and has given the Cubs a nice boost in the backend of the rotation.

Opposing Miley was Johan Oviedo, who picked a great time to deliver one of his best, if not his best, outing of the season. Not only did the right go seven innings, but he allowed no runs on three hits while striking out seven. Oviedo lowered his ERA to 3.13 and turned things over to Zach Thompson, who finished the final two innings.

One thing fans have seen the Pirates do all season long has been score first, which the Cubs did quite often when they had a healthier lineup. The Cubs put themselves in a position to score with singles from Esteban Quiroz and Ian Happ, but a pair of strikeouts ended the threat.

On the other hand, the Pirates made sure they would capitalize on the opportunity they had with guess who, Bryan Reynolds staying red hot with a single before advancing to third on the Rodolfo Castro double. Two pitches later saw Diego Castillo put the Pirates up for good as his sacrifice fly put the Pirates up 1-0. That was the winning run, but their offense was not done for the day.

As dominant as Oviedo was, the Cubs were putting the ball in play against him early, with Jared Young picking up another single in the second only to be left stranded on the bases. That would be the final hit of the day for the Cubs off Oviedo as he was lights out his last five innings on the mound.

With Oviedo dominating the Cubs when he was on the mound, Miley knew he needed to answer and retired seven straight hitters before allowing a pair of baserunners in the fourth, but still managed to work around that jam to keep the Cubs down just 1-0.

It was in the fifth inning when things began to come unraveled, and they unraveled in a hurry. A leadoff walk to Ben Gamel started the inning before Greg Allen reached base on a costly throwing error to put two on and no outs. Two batters later, it was the rookie Ji-Hwan Bae cashing in with a massive double as both those runners scored and the Pirates now leading 3-0.

With Adbert Alzolay on the mound and surrendering that double, it was up to him to keep things close, but after hitting a man, the Pirates continued to keep pressure on the bases. Now with two outs, it was the Chicago native Jack Suwinski taking Alzolay deep as his three-run shot doubled the lead and made things 6-0. Alzolay was charged with three earned runs in that inning, but was very good after that rough start.

Even with four innings left to go, the Cubs appeared dead in the water as Oviedo retired the final 16 hitters he faced before handing things off to Thompson in the pen. That seemed to be the moment the Cubs were waiting for, with David Bote leading the eighth inning off with a single and Christopher Morel adding a one-out double to put a pair of runners on for the Cubs.

Hoping for a clutch hit to at the very worst end the shutout bid, Thompson recovered nicely and struck out the next two hitters to continue the Cubs woes with runners in scoring position. That was the last opportunity the Cubs had to pick up a run as Thompson worked around a one-out walk in the ninth to finish things off 6-0.