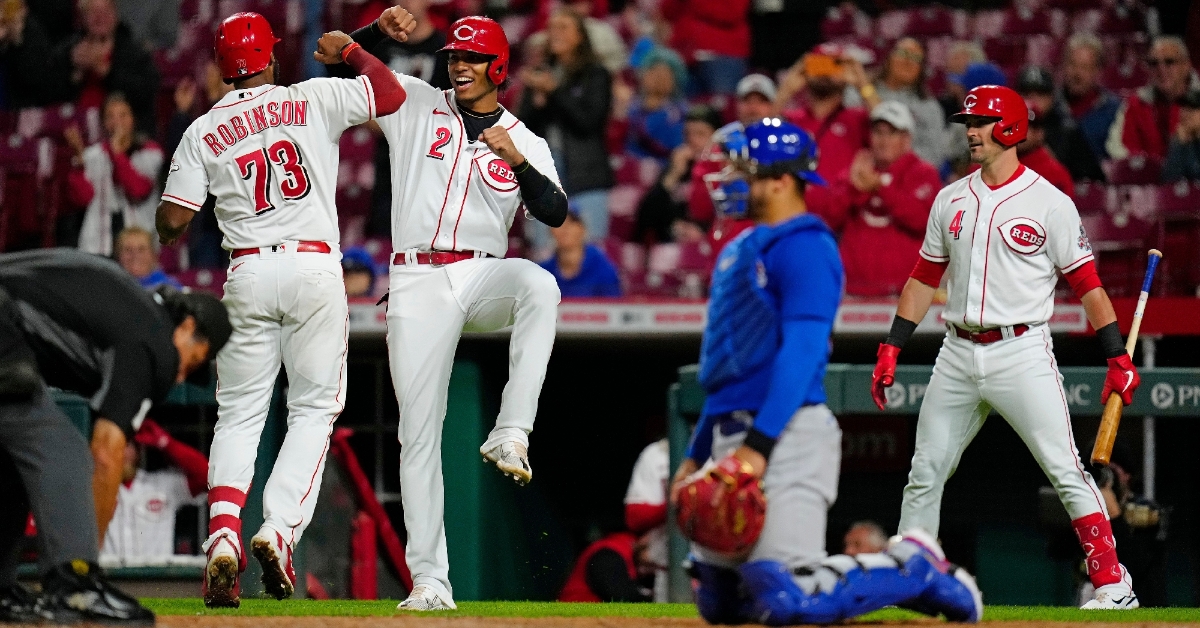 CINCINNATI - One of the many questions the Chicago Cubs (73-88) will have to address this offseason is what to do with all these young arms we have seen this season. Javier Assad is one of those arms as he came up to the majors in August and did a phenomenal job when called upon.

Following his final start of the season at the Great American Ballpark against the Cincinnati Reds (62-99), Assad went out and gave the Cubs 5 1/3 scoreless innings while lowering his season ERA to 3.11. He has undoubtedly made an impression since coming to the team in August. The next question for him does he fit with this team in 2023, and if so, how and where does he fit?

While it is fun to talk about those questions right now, they will not be addressed until the offseason, as some games will still be played in 2022. Despite the strong showing from Assad on the mound, the Cubs bullpen let it get away, and surprisingly Keegan Thompson and Brandon Hughes were the culprits.

They have been solid all season, so it was bound to happen sooner or later, but it stings regardless. With the game tied 2-2 in the ninth, the Reds rallied off Hughes, with Spencer Steer picking up the walk-off RBI double to give the Reds a 3-2 win. The win also guarantees that Cincinnati will win the season's final series, which is a good thing for them.

While a lot of the attention was on Assad, and rightfully so, Luis Cessa continued to make an impression in the Reds rotation. Since moving to the rotation, Cessa has been very good and was coming off the longest outing of his career last time out. He also pitched a gem against the Cubs earlier this season at Wrigley Field, so the Cubs knew firsthand how good his stuff is.

Cessa went toe-toe with Assad allowing just one run in five innings of work. He only allowed one hit before coming out of the game with a lower leg injury. When you only have three hits in the game, it is hard to fathom how the Cubs even had the lead, but they made sure to do damage and capitalize on the hits they did have.

One thing I will say about Assad this season is that he is very resilient, and that has worked in his favor. Not an overpowering pitcher by any means, Assad often has to pitch around lots of traffic which was the case in the first inning. After allowing one-out singles to Jake Fraley and Kyle Farmer, Assad did what he does best and got the ground ball he needed for the inning-ending double play.

That was the only trouble he was in all night as he was as sharp as ever. With the Cubs needing three innings to get a base runner, it took them four innings to come away with the game's first run as Willson Contreras connected for his 22nd homer and gave the Cubs a 1-0 lead. That home run was also the only hit Cessa would allow as the Cubs had no answers for him again on the mound.

Typically you would love more than just one run, but considering how good the pitching has been, one run may be enough. Chicago had another chance to come away with more in the sixth, but they couldn't come through with a hit when it mattered. The bottom of the sixth is when things could've come unglued for the Cubs as Assad allowed a Chuckie Robinson single to lead things off and then walked Fraley two batters later, which forced Thompson into the game.

Despite his dominance across the board this season, there have been times when he hasn't been at his best, and this was one of those nights as he walked the first batter he faced to load the bases before retiring the next two hitters to keep the Cubs in front. Hoping that was the momentum swing this team would need, Nico Hoerner added to the lead in the seventh with a solo home run as the Cubs were in front 2-0.

That was about the rest of the excitement for the Cubs as Fernando Cruz settled in to retire the final three hitters in the seventh. After a shaky sixth inning, Thompson came out firing in the seventh and struck out the first two hitters. Following his second walk of the game, Thompson made the mistake the Reds were hoping for as he hung a breaking ball, and Robinson drove it over the right-field fence for the game-tying homer.

With a brand new ballgame and Alexis Diaz set to pitch the ninth, the Cubs were once again in a position to score as a Contreras single and fielders choice put a pair of runners on for the Cubs. Nothing came from that as Diaz got Happ to fly out to end the threat, and we were headed to the ninth, all tied up.

After failing to score in the top of the ninth, it was up to Hughes to get things into extras. His outing didn't start well as he walked Stuart Fairchild to open things up. Remember that old saying that leadoff walks come back to haunt you? Well, that rang true here as the next pitch saw Steer drive one over Christopher Morel's head in center field to score Fairchild and lifted the Reds to a 3-2 win on the walk-off double.