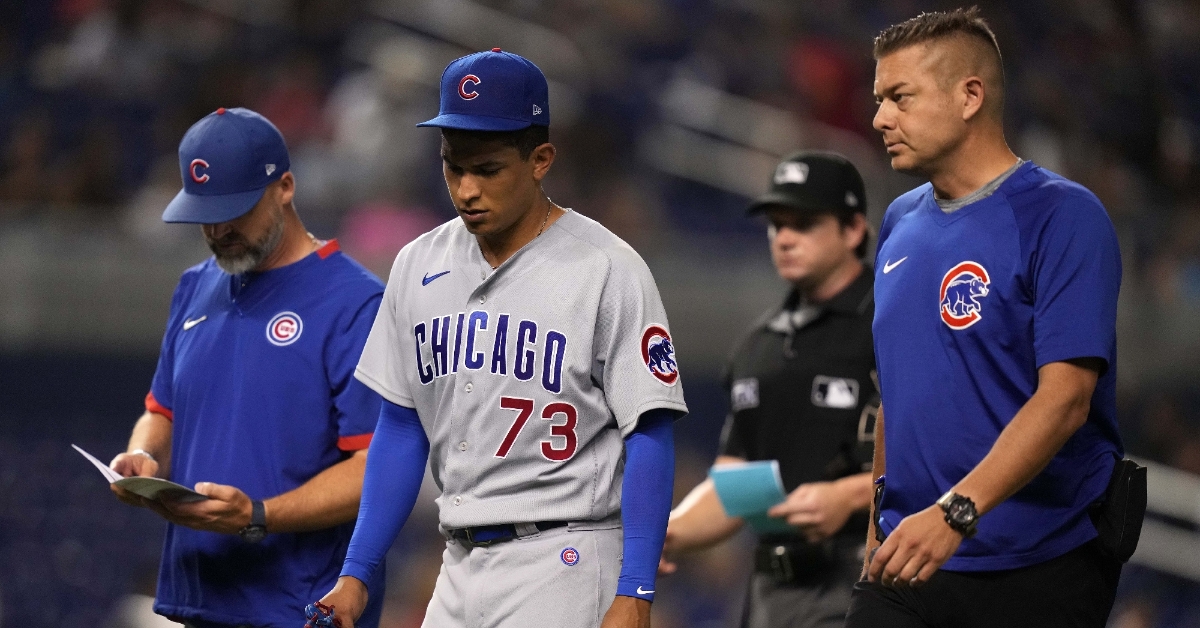 Adbert Alzolay was put on the shelf after straining his left hamstring while on the mound. (Credit: Jasen Vinlove-USA TODAY Sports)

Megill, 27, is in his fifth stint with the club this season, having made 12 relief appearances. He has allowed 13 runs in 8.2 innings pitched, along with six walks compared to eight strikeouts. This season with Iowa, Megill has a 5.14 ERA (8 ER/14.0 IP) with one save in 12 relief outings, walking eight and striking out 20 batters.